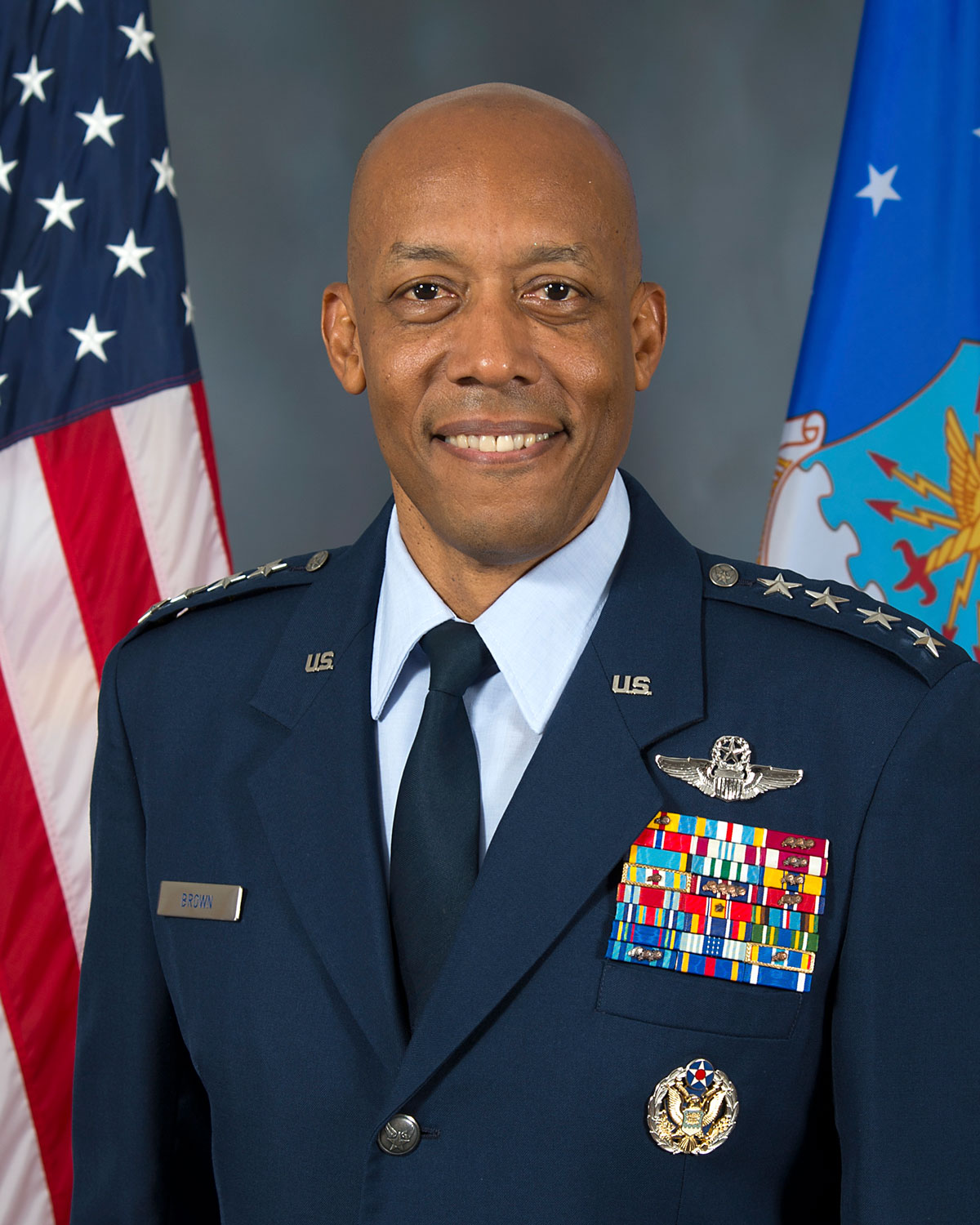 The U.S. Senate unanimously confirmed Brown today (June 9) in a historic move, making him the first black chief of a military service branch. Brown also will be the first black officer to sit on the Joint Chiefs of Staff since Army Gen. Colin Powell served as chairman from 1989 to 1993. Brown will succeed Gen. Dave Goldfein, the Air Force's Chief of Staff since July 2016, who will step down from his position this summer and retire.

In his new role, Brown will sit as a member of the Joint Chiefs of Staff and represent the Air Force to the public, Congress and industry partners as well as allies. The Air Force Chief of Staff is responsible for devising and articulating Air Force priorities, shaping the service's culture, budget and priorities as well as organizing, training and equipping the Air Force's 685,000 active-duty, Guard, Reserve and civilian personnel.

He will play a central role in fully integrating and connecting warfighting operations that allow information to be collected, analyzed and shared across all domains – air, sea, land, cyber and space – and among all services. As Chief of Staff, Brown also will be a principal ally and partner in supporting the newly created Space Force.

Brown was commissioned in 1984 as a distinguished graduate of the ROTC program at Texas Tech, where he earned his bachelor's degree in civil engineering. He was named a distinguished alumnus of the university in 2012.

He has served in a variety of positions at the squadron and wing levels, including an assignment to the U.S. Air Force Weapons School as an F-16 Fighting Falcon Instructor. He previously served as aide-de-camp to the Chief of Staff of the Air Force, director of the Secretary of the Air Force and Chief of Staff Executive Action Group and deputy director of the Operations Directorate within the U.S. Central Command. He also served as a National Defense Fellow at the Institute for Defense Analyses.

"I'll tell you, I was just going to be an engineer," Brown said in an interview with Texas Tech in 2019. "I was just going to do four years in the Air Force, and then get out. But when I went to summer camp for ROTC and rode in an airplane, I decided I wanted to become a pilot. Based on that opportunity and experience from ROTC at Texas Tech, and being the cadet corps commander the first semester of my senior year, all of that coming together helped shape the opportunity for me to get to go fly fighters."

"There's plenty of opportunity, I think, for young people who join the Air Force," Brown said. "When I got commissioned, I was 22, and you get a lot of responsibility, you get to do some things. I get to see things and do things most people only read about.

Brown and his wife, Sharene, have two sons, Sean and Ross.