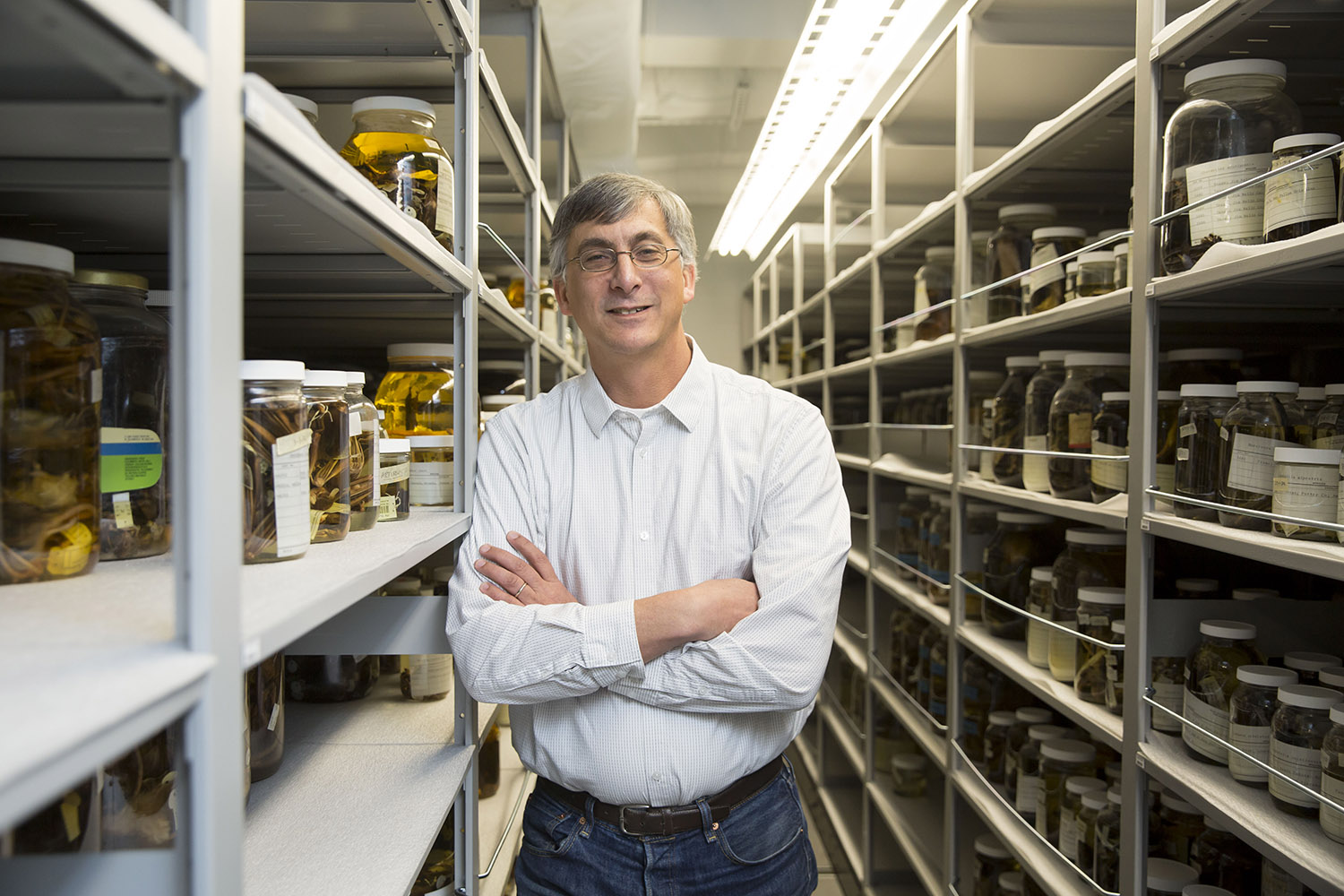 Richard Stevens’ project is bolstered by a $300,000 grant from the Texas Comptroller of Public Accounts.

The eradication of rangeland over time has threatened or exterminated numerous species of animals and plant life, and many people have worked hard to not only preserve the natural habitat of living things but also ensure they thrive.

One of those species listed as threatened by the Texas Parks & Wildlife Department (TPWD) is the Texas Kangaroo Rat, which is native to north-central Texas and endemic to only 11 counties in the state. Numerous studies have been conducted over the past five decades to determine the Texas Kangaroo Rat's abundance, population genetics, distribution and potential responses to climate change.

However, when follow-up studies have returned to the Texas Kangaroo Rat's habitat, they've discovered the results aren't always the same in terms of the rats' presence or absence. Why that is has not been investigated, until now.

Richard Stevens, a President's Excellence in Research Professor in the Department of Natural Resources Management at Texas Tech University, has received a $300,000 grant from the Texas Comptroller of Public Accounts. His project, titled "Spatial Ecology of the Texas Kangaroo Rat," will attempt to evaluate Texas Kangaroo Rat movements, dispersal and metapopulation dynamics in North Texas grasslands with the hope of enhancing its survival through conservation management decisions.

"The partnership will develop information that local stakeholders can use to sustain economic development while conserving biodiversity," Stevens said. "Researchers at Texas Tech will track Texas Kangaroo Rat individuals and look at local and landscape movement patterns and selection of resources. The results of this study will provide valuable insight into the status of the species to inform the federal species status assessment process and development of effective conservation strategies.

According to Stevens' research proposal, four previous surveys of the rat determined the persistence of the species in its specific habitats is quite dynamic but not consistent. Where one study may have discovered a hotspot of the rat, another study examining the same area may not have found the same results.

Stevens said a number of implications can be made from this. These results don't necessarily mean the habitat site studied is not suitable for species survival, and that the rat persists at different spots at different times.

Also, Stevens theorizes that the distribution of the rat over a certain area might be better understood on a larger scale, studying different rat habitats over a larger geographic area, where persistence of the rat population depends on the dispersal of the species between sites.

Stevens' project will attempt to tie the previous four research findings together in order to gain a better understanding of the spatial ecology, movements, dispersal and overall population dynamics, which will help conservation efforts in Texas.

Over the next 2.5 years, researchers will characterize the local, landscape and regional movement patterns and selection of resources by examining Texas Kangaroo Rat burrows, foraging areas and home ranges. They will also compile data from the last five comprehensive surveys covering the last 50 years to estimate overall population dynamics and determine how much colonization and extinction variabilities are related to environmental, spatial and connectivity characteristics of various sites.

Stevens said research on such a scale has yet to be conducted but is necessary to better understand the rat's habitat choices over time and to enhance survival of the species through informed conservation management practices.