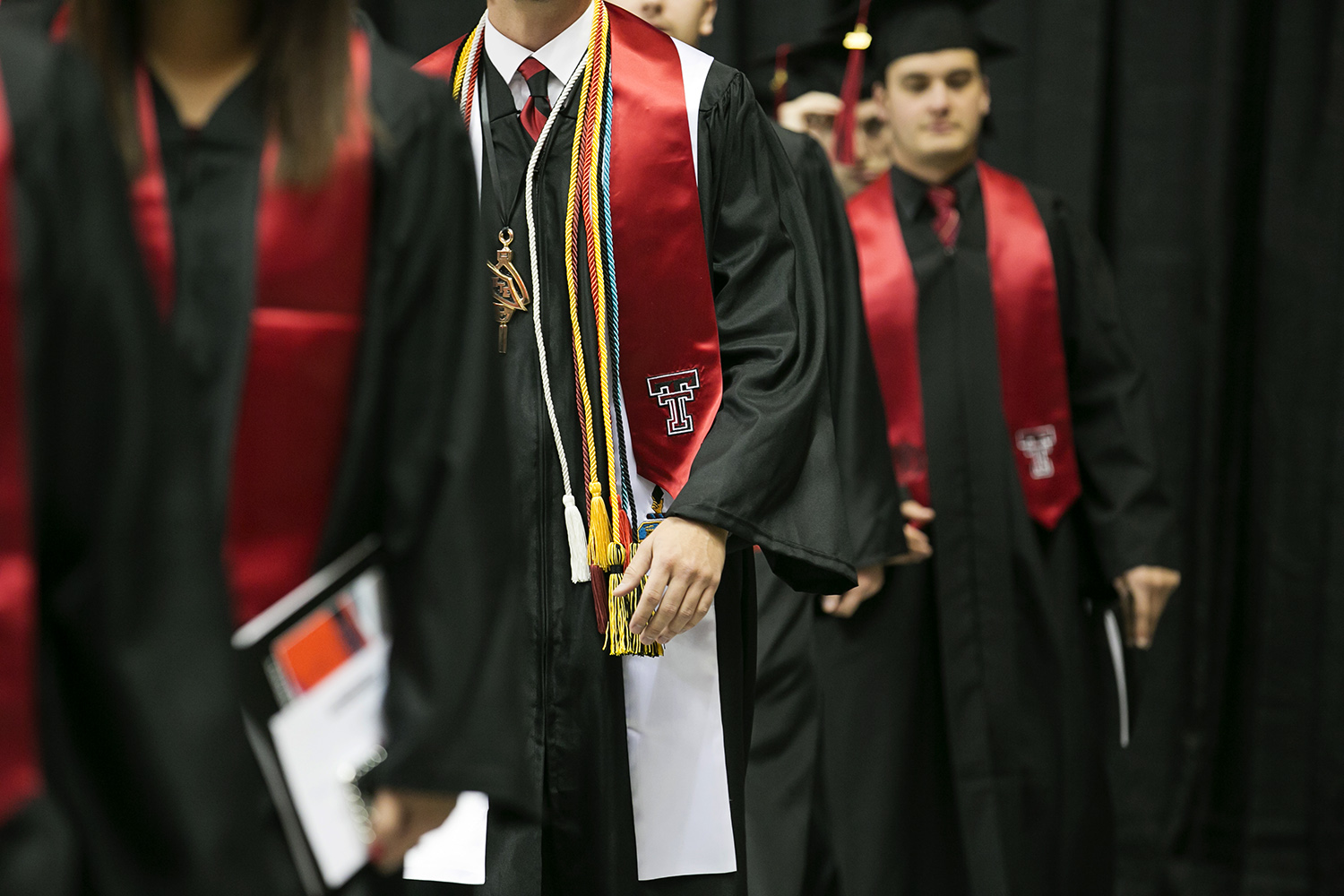 The virtual ceremony will take place at 9 a.m. Saturday.

For Texas Tech University students, the coronavirus outbreak that forced classes to move online meant missing out on their favorite spring traditions, like taking in an afternoon baseball game, planting flowers on Arbor Day or admiring the red tulips on their walk to class. For those students graduating in May, it also meant missing the chance to walk across the stage after finishing their degree.

But come Saturday (May 23), those students will still be celebrated in a virtual ceremony available through the livestream website.

When Commencement Coordinator Amiee Dixon realized there wouldn't be the opportunity for a traditional commencement ceremony for May graduates, she was determined to do whatever was necessary to make the virtual ceremony happen. Her office started planning in mid-March for the new ceremony. Now, just two months later, they are ready for the graduates and their families to see what they've put together.

"We know we may never get to replace the emotions Texas Tech students feel when they walk onto the arena floor for the first time," Dixon said, "But just knowing this video is there for them and they can watch it with friends and family whenever they want means a lot."

To help the graduates have as close to an in-person ceremony as possible, Dixon said they incorporated all the special moments people expect from commencement. From walking across the stage to turning the tassel and singing the "Matador Song," Dixon said part of the fun that came from the planning process was finding a way to adapt those moments into a virtual manner.

For Dixon, that special moment is when the university president tells the graduates they can turn their tassels. Seeing the students turn their tassels at the same time and watching their displays of emotions as the crowd cheers is the highlight of the day for her.

"It's been really interesting just to hear from everybody throughout campus, what they think is a special moment in commencement and also working with administration to try and make this as special as we can," Dixon said. "I really do think we've done that."

Other than this, the ceremony will consist of all the normal speeches that take place during the in-person ceremony, including the commencement speech by former Texas Tech student and Super Bowl MVP Patrick Mahomes, words from the Texas Tech University System Chancellor Dr. Tedd L. Mitchell, Texas Tech President Lawrence Schovanec, Board of Regents Chairman Christopher Huckabee and Provost Michael Galyean.

There also will be two additional speeches during the virtual ceremony from doctoral student Alicia Goodman and undergraduate student Kiera Eynon.

The ceremony will consist of 13 videos, all of which will be available at 9 a.m. Saturday on the commencement website and YouTube. This will allow students to go back and watch whenever they want, whether it be that day or years in the future.

"They can watch the ceremonies whenever it's convenient for them," Dixon said. "So, if they want to have a watch party with their family and friends online, they can definitely do that later."

The students who RSVP'd to the virtual ceremony will be included on a graduate slide that will feature their photo and a message they submitted as well as their degree information and any academic honors they earned.

Despite the short timeframe they had to make the ceremony happen, Dixon said it was great that they didn't have to leave anything out and got to include new things, like the student speeches and the personalized graduate slides.

"It was just really nice to see the Red Raider pride in all their photos and their comments, thanking their loved ones who helped them get to where they are today or their professors," Dixon said.

About 2,500 students have registered for the ceremony, and Dixon said while it might not be how they originally planned on graduating, it will be a special ceremony they can look back on for years.

"This is one of, if not the biggest event in a graduate's time at a university," Dixon said. "It just makes it so special that, even though this isn't what they expected, they know Texas Tech is still going to produce something for them that is going to be just as special."