Math Research May Help During Coronavirus Pandemic – Or the Next One 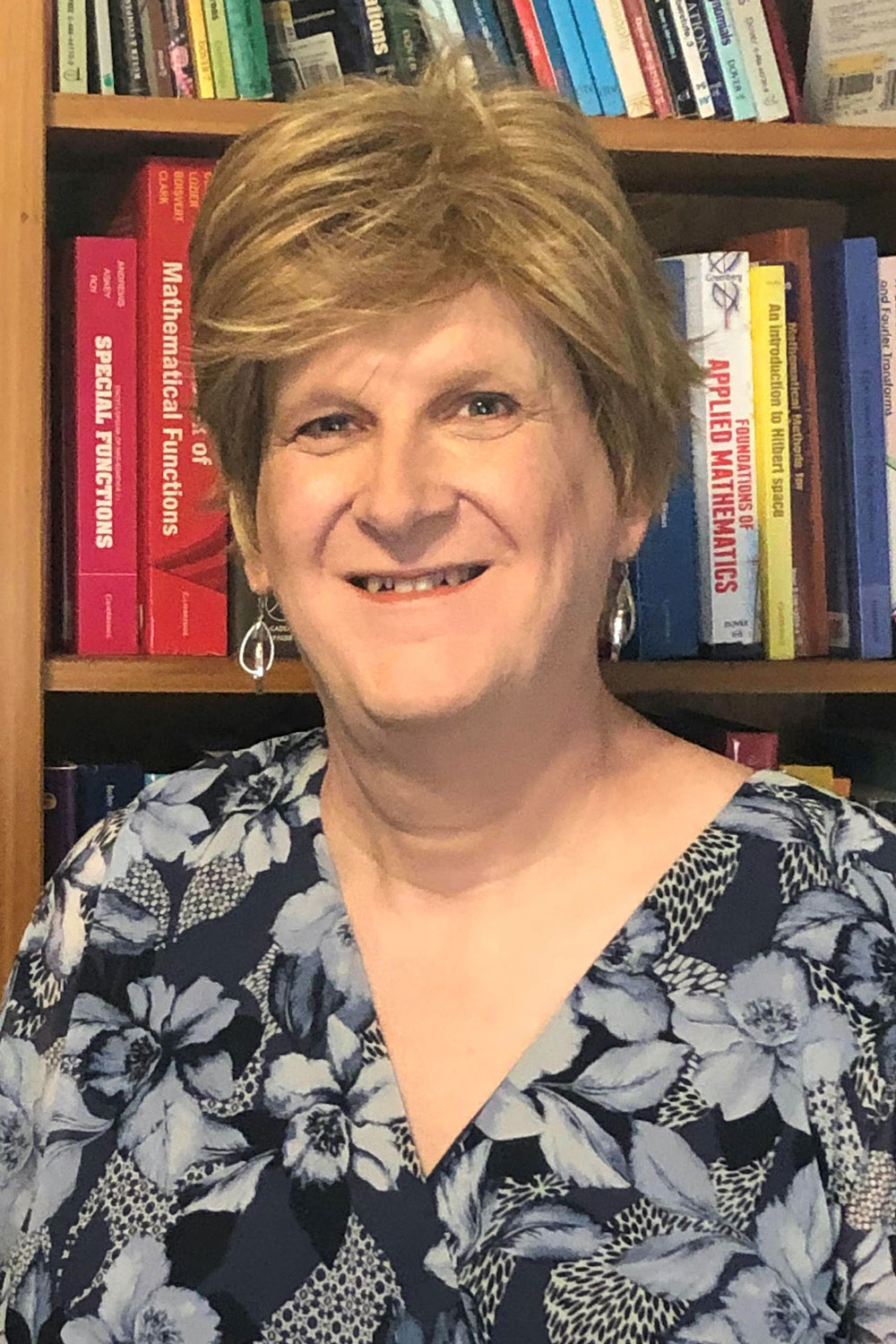 For essential employees still showing up to work as well as their children in daycare, for health care workers and patients, for individuals in food service – really, for anyone still interacting with other people in close quarters, temperature checks are now a part of many people's daily lives.

Getting an accurate result is vitally important, but in an interesting conundrum, so is maintaining distance. While there are many devices that can measure temperature accurately and many that do not require contact, there is a trade-off between the two.

The thermometers that most accurately measure a person's core temperature are often the most invasive since they actually go inside the body. Those that are more convenient –axillary thermometers that measure under the arm, for instance – are less accurate because they are measuring only the body's surface temperature.

With the help of a faculty member and graduate student in the Texas Tech University Department of Mathematics & Statistics, a Texas Tech engineering alumnus is now working to solve this problem, developing a thermometer that can be both noninvasive and highly accurate.

Although the idea has been in the works for several years, it has special relevance now because of COVID-19. The project began as part of the doctoral work of Senay Tewolde, who earned his doctorate in mechanical engineering in 2015. Originally, Tewolde planned to use infrared imaging of the surface of the human eye to determine whether retinal tumors were malignant or benign, based upon temperature.

The difficulty comes in measuring core body temperature – the temperature in the tissue behind the eye – from imaging the surface of the eye. That's how associate professor Katharine Long became involved. Tewolde was co-advised by Ming Chyu, a professor of mechanical engineering, and Long, a computational mathematician, who advised him on setting up and solving the equations behind the complicated computational model required to get results using only data that could be gathered from a camera.

After Tewolde earned his doctorate, he founded the company XTEMP, where he and his team created a proof-of-concept thermal analysis software. Now, XTEMP has reached out to Long to help them optimize the software and transition it to production quality.

"This involves improving some of the mathematical algorithms used and making a simpler interface for getting data from infrared cameras," Long said. "The existing computational model was built using some algorithms chosen for ease of use – by the programmer, not by the end user – rather than highest possible performance. That's a reasonable choice when developing a proof-of-concept system, but for a production system, we need to emphasize performance as well."

Long is using the project as a teaching opportunity, getting graduate student Michael Clines involved.

"Michael will mostly be working on improving the speed, flexibility and reliability of XTEMP's software for transferring data between the 2D camera images and the 3D eye model used in the computations," she explained. "He'll also work with me on improving the mathematical algorithms in their thermal analysis software."

Once Long and Clines finish their portion, their findings and changes will be incorporated before the product moves into pilot testing. Tewolde anticipates testing will begin with private partners in the next few months.

"The XTEMP product is in its final phase of development," Tewolde said. "We are very hopeful the contribution of Dr. Long and her student, Michael, will help us achieve our goal of creating a market disruptive product."

Long is proud to be part of such a valuable project, especially having been involved since its earliest stages.

"All of us at Texas Tech who do research and teach know that our work will help society in the long run, but it's good to be part of a project that meets a more immediate need as well," Long said. "It's very important, especially now. Technology like this will be needed for no-contact screening as we reopen the economy, then will be needed when – not if – there is another emerging disease."

For Tewolde, the project's development is a testament to the opportunities available at Texas Tech, both in student research and the long-lasting relationships to be made.

"It says a lot about the integrity, intelligence and work ethic of the people at Texas Tech," Tewolde said. "To be supported by both the university and my mentors as we build upon our previous work and create something that will be a critical game-changer in public is incredibly invigorating, and it truly reflects the culture at Texas Tech."