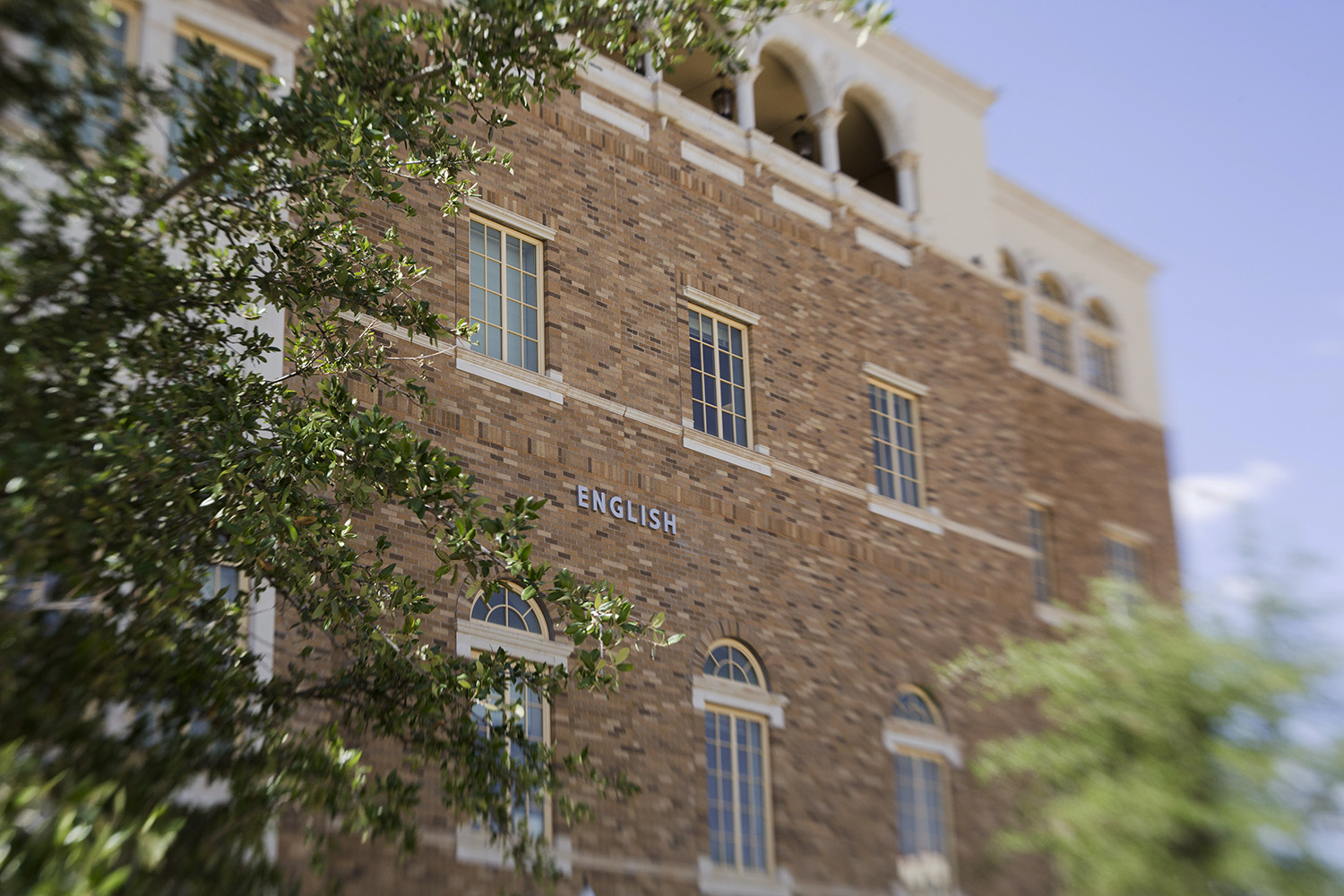 Lorenza Amanda Martinez didn't grow up expecting to go to college, let alone attend and graduate from Texas Tech University. But after watching family members attend school and succeed, Martinez decided to give it a try, even though higher education wasn't expected or encouraged. Her experience at Texas Tech changed her life.

“I am forever in debt to Texas Tech for taking a chance on a girl from a small town,” Martinez said. “Texas Tech believed in the talents I had – talents I was too shy to express or share. The university provided me with opportunities, supported me and encouraged me to succeed. This school changed my life. Saying ‘thank you' just doesn't cover the impact Texas Tech made on me or how grateful I am for every person who worked hard to help me when I needed it.”

In 2012, Martinez graduated with a bachelor's degree in English, with a minor in American Sign Language (ASL). The following year she attended graduate school at Texas Tech and received her deafblind graduate certificate in 2016. She was completing courses to obtain her master's in deafblindness, but was unable to complete her last semester due to financial strain.

Martinez now works as a blind children's specialist for Texas Health and Human Services in Abilene.

It was a long journey from high school to college for Martinez.

“My mother was killed in a car accident three days before my 18th birthday and it absolutely destroyed me,” Martinez said. “I didn't care about finishing high school because knowing she wasn't going to watch me graduate really hurt me.”

At the time, Martinez was living with a relative that discouraged her from attempting college and the influence took its toll on her.

“For a young kid who was forced into adulthood so quickly, whose entire life changed in five minutes, it really stuck with me that college might not be my thing,” Martinez said.

Martinez said a letter from one of her mother's relatives encouraging her to finish school and attempt college really made the difference.

“It was because of that letter that I was decided to finish,” Martinez said.

“I worked for a year and traveled to England. My goal was to start at a community college when I returned to the states and see where it took me.”

Martinez attended community college and later applied to Texas Tech with support from her cousin.

“My cousin, Ashley Ransom-Morton, helped me get my classes set up for community college and she was preparing to head off to Lubbock to finish out her education at Texas Tech,” Martinez said. “She always said that one day, I would be doing the same."

Martinez also was inspired by the experiences of her sister-in-law, Philina Gandy-Martinez, and Gandy-Martinez's brother, Dylan Gandy, who played football for Texas Tech and was later drafted by the Indianapolis Colts.

“For a while, I saw college as a pipe dream,” Martinez said, “but when the time came, I was really encouraged by all of them and their experiences.

“I remember Texas Tech was the only school I applied to. I wrote a piece called ‘Bringing Down the Horse,' a reflection of the saying, ‘You can lure a horse to water but you can't make it drink.' In the essay, I talked about myself. I said that when I'm ready to do something, I can do it. Applying to Texas Tech at the time was me saying, ‘Hey, I'm ready for this.' If I was rejected, I knew it didn't matter because I had tried. I held on to that.”

Martinez said she was surprised when she got an email about setting up her account. She called the registrar's office to clarify and was informed that she'd been accepted. Her letter arrived shortly after that.

“I opened it and cried,” she said. “That scene from the movie ‘Rudy' where he opens up his acceptance letter to Notre Dame had never hit me harder than that moment, because I know that feeling.

“I sit here today and the memories of all this makes me sit up straight. I'm proud of myself. I remember I had to build up this mentality that I would not take ‘no' for an answer. I thought, ‘If I can't go over them, and I can't go under or around them, then I'll bust right through them.' That was the mentality I adopted whenever any obstacle came my way.”

When Martinez arrived at Texas Tech in 2007, she decided to focus on English and was encouraged to pursue an English degree with a concentration in creative writing, something that deeply appealed to her.

“After my mom died, it was writing that saved my life,” Martinez said.

As a teenager, Martinez had some short stories published in the Taste Berries for Teen book series, and this experience led her to opportunities and connections at Texas Tech. She was able to network with other writers and was taught and mentored by Dennis Covington, author of “Salvation on Sand Mountain,” and Mark Richard, award-winning author of “The Ice at the Bottom of the World” and “Charity.”

“Mark Richard truly changed my perspective on writing,” Martinez said. “He asked me why I wanted to be a writer and I said, ‘I don't want to become another writer, I just want to be good enough at writing,' and he told me, ‘You're a great writer. You're more than good enough.' It really hit me after that. It was one of my proudest moments at Texas Tech.”

On a long-awaited day in 2012, Martinez graduated from Texas Tech.

“I remember sitting in my assigned seat at graduation and there was this silent moment I had with myself,” she said. “I thought, ‘You did this.' All the constant doubts and the reminders from people who didn't believe in me became nonexistent. In that moment, I knew that doubting myself because of my failures was my biggest mistake. Texas Tech taught me that failures are meant to happen and without them you learn nothing. Failure is part of success. In that moment, I knew it was all worth it.”

Career and impact of education

Martinez now works as a blind children's specialist in the Abilene area. She helps families with children who have blindness, visual impairments, or multiple impairments.

“Every day is different. There are days that are more emotionally stressful than others, but all in all, I'm always able to reflect on what I accomplished. It hits my heart knowing that this is what I'm meant to be doing. Whether it's researching various resources and information for families, providing access to different developmental equipment or getting families and parents connected, the things I do daily truly fill my heart.”

“Texas Tech prepared me for this position in so many ways. Pinpointing just one is impossible. I have a great understanding for how to approach a person or child who is blind or deafblind. I have an emotional understanding for parents and families who have children who are blind, deafblind or have multiple disabilities. My job often consists of writing case notes and my experience in the English department helped tremendously.”

Martinez said her minor in ASL also has a tremendous impact on her current career.

“The ASL portion of my education helps me whenever I meet families who have children who are deaf or hard of hearing,” she said. “I show them some simple signs so we can start building a communication system. ASL is such a beautiful language to me. Communication is key, no matter how we're able to achieve that form of communication. ASL provides the ability to communicate, without spoken words, the emotions and overall base of language in such a way that we don't often acknowledge.”

Martinez hopes her story of coming to Texas Tech and graduating will help others.

“If there ever is someone else out there questioning if they should go for it, maybe my story can encourage them,” she said. “The slogan ‘From here, it's possible' is so true to me and my experience. The gratitude I have is just immeasurable.”