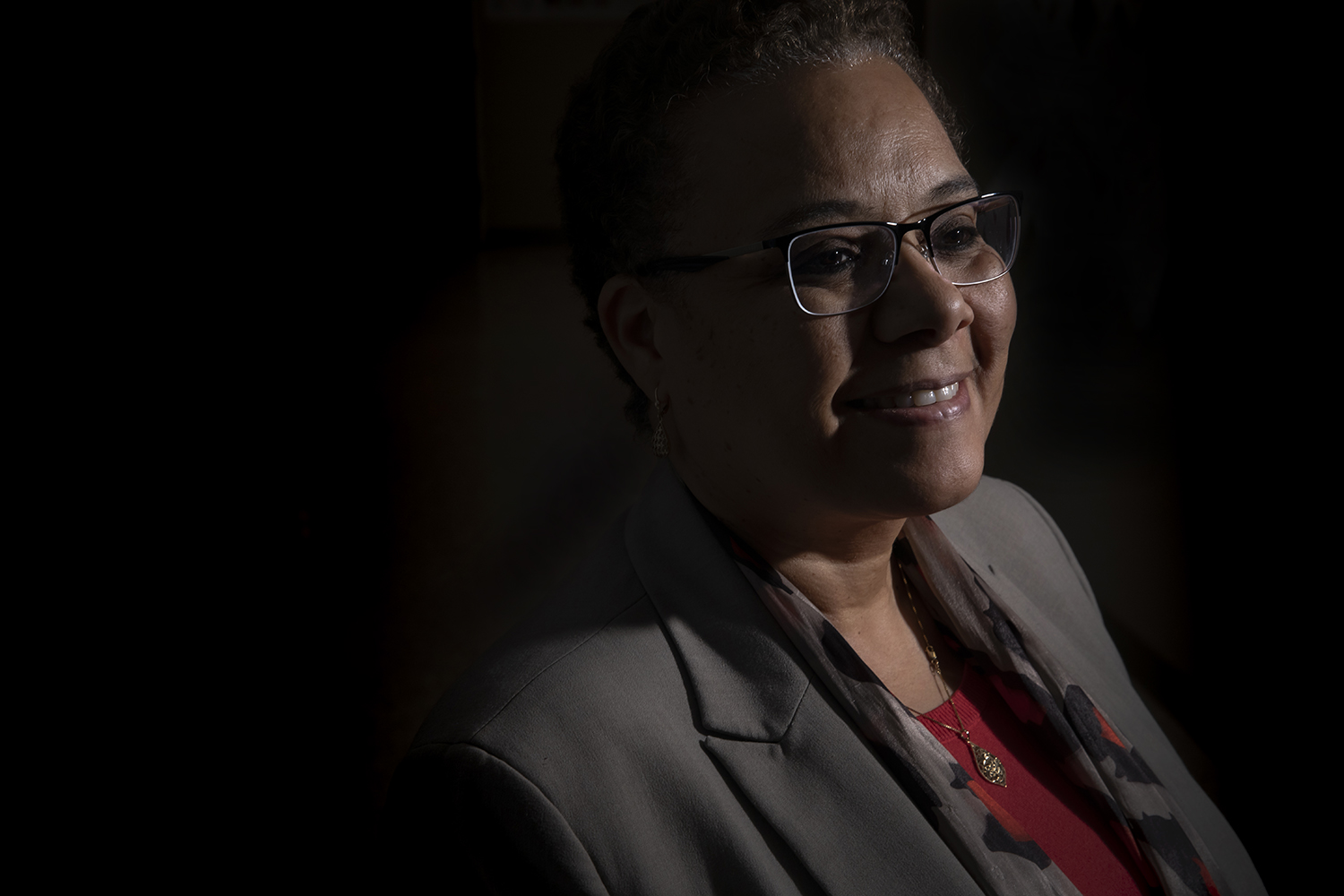 Naïma Moustaïd-Moussa specializes in the role of fat cells on body regulation.

In February, Texas Tech is once again highlighting the outstanding research being conducted by our talented and dedicated Red Raiders through our "TTU ❤️ Research" series. This year, we are pairing this effort with Black History Month in order to feature our influential black faculty and students who have had a tremendous impact through their research. This is the second in this series.

You could say Naïma Moustaïd-Moussa was in graduate school at the perfect time. The idea of applying molecular biology to nutrition was just beginning to gain momentum. Also, obesity rates were on the rise, along with the rates of co-occurring conditions like diabetes and heart disease. Her graduate research and postdoctoral training in molecular nutrition tied the two together.

Considering that obesity now affects nearly 40% of American adults, according to the Centers for Disease Control and Prevention, it seems especially fortunate that Moustaïd-Moussa began her research when she did. Because now, after three decades, the Texas Tech University nutritional sciences professor has made some pretty weighty discoveries.

As a Fellow of The Obesity Society and a Fellow of the American Heart Association, Moustaïd-Moussa researches the role of fat cells, called adipocytes, on body regulation, especially in obesity, diabetes and heart disease. Most recently, in collaboration with other researchers at Texas Tech, the Texas Tech University Health Sciences Center and other institutions, she expanded her research program to understanding how obesity and aging tie into Alzheimer's disease. Her work, and work from other obesity researchers, has shown that as fat cells expand, they produce hormones and substances in the body that can negatively affect how other organs function.

For example, in obesity, fat cells expand. When that happens, the cells may produce inflammatory substances and dump those into the blood stream. Muscles need to absorb blood sugar, called glucose, for energy, but the inflammatory substances can reduce the muscles' ability to do so. This means the liver has to produce more glucose to fulfill the muscles' need, and this further limits how well insulin can reduce blood sugar. When more sugar is produced and less is absorbed, the excess sugar stays in the blood, which can lead to diabetes.

As another example, fat tissues produce hormones, including one – Angiotensin II – that can increase blood pressure. In obesity, the greater amount of fat tissues means even more of the hormone is produced, which further increases blood pressure.

"It is very important to understand not only how fat cells function and what they make, but also how they affect other organs in the body when they expand," Moustaïd-Moussa said. "Our lab is using different means to reduce this expansion of the fat tissue, but most importantly, we want to reduce the amount and number of inflammatory substances that fat cells secrete into the blood stream and the amount produced of hormones that negatively affect energy metabolism.

"To do so, we use both pharmacological and dietary interventions such as fish oil, rich in omega-3 fatty acids; tart cherry, rich in anthocyanins; curcumin; and other components in foods and plants to help alleviate inflammation and obesity and extend lifespan."

It may be surprising that someone who has achieved so much in academic settings is a first-generation college student, but Moustaïd-Moussa is – and she's definitely a success story. She credits her parents, who valued education; her husband and children, who supported her career; the numerous students who have contributed to her research; and the many mentors – most of whom are women – who provided training and guidance.

"While overall in academia, one can progress and get promoted through hard work, I have witnessed many challenges for women in general, and especially women of color," Moustaïd-Moussa said. "This is especially true in the basic sciences, where there were not many women when I joined academia as faculty, and there were even fewer minorities to relate to and network with. I was very fortunate to have great mentors who inspired me and provided valuable guidance both for work and life-work balance."

She seems to have found that balance. As founding director of the new Obesity Research Institute, Moustaïd-Moussa and her students in the Nutrigenomics, Inflammation and Obesity Research Lab have made several important discoveries.

They found that omega-3 fatty acids from fish oil can activate the body's good fat – called brown fat – while reducing the bad white fat and its ability to produce inflammatory substances. Fish oil also can increase energy expenditure and improve glucose clearance, reducing the impact of obesity on diabetes and heart disease, and can lessen the impact of fat cells on breast cancer cells.

They found that tart cherries, rich in anthocyanins, also reduced inflammation in fat cells. A recent discovery is that tart cherries may even have some benefits on aging, as they extended the life span of worms, although she noted more studies need to be done to understand how these findings can be translated to humans.

In collaboration with researchers in Brazil and Qatar, Moustaïd-Moussa is examining the role of a specific type of protein, called heat shock proteins, in obesity and diabetes. She hopes her work can aid in the development of new therapies for metabolic diseases.

"While obesity is a complex and heterogeneous disease that must be addressed from multiple angles and interventions, through simple additions of safe dietary components like fish, fish oil and tart cherries, one can improve their health," she said.