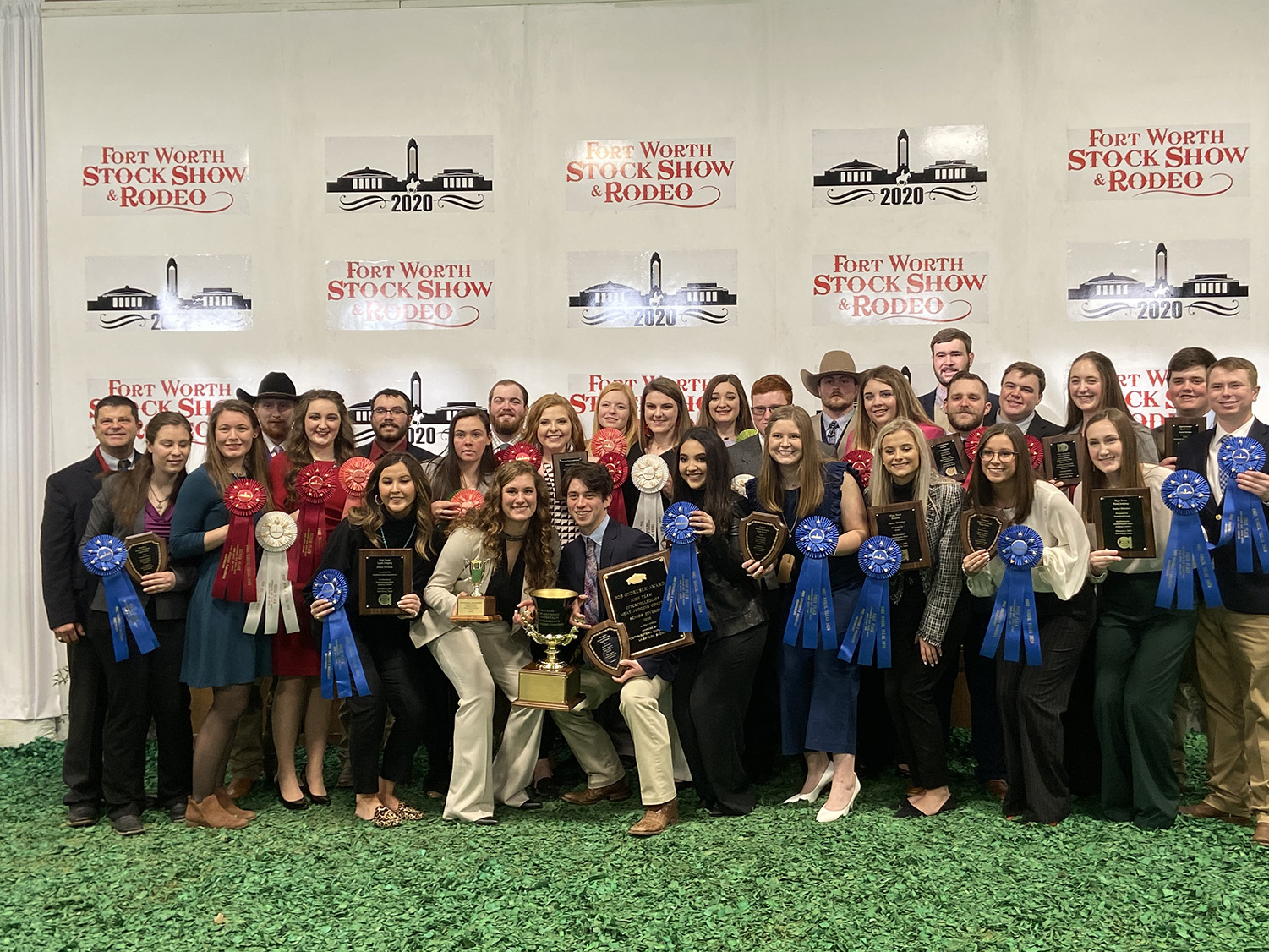 The team placed the top three individuals for its first victory of the 2020 judging season.

Led by the top three individual finishes, the Texas Tech University  Meat Judging Team in the Department of Animal & Food Sciences earned its first victory of the 2020 judging season with a convincing showing at the American Meat Science Association Southwestern Intercollegiate Meat Judging Contest on Sunday (Feb. 2) in Fort Worth, the 11th consecutive year for Texas Tech to win the contest. It is the longest winning streak in the contest's history.

Texas Tech's victory came to an overall dominant performance where it finished first or second in six of the eight judging categories.

"I am so proud of the students' pursuit of excellence and their hard work and focus in preparation for the Fort Worth contest," said Mark Miller, coach of the Meat Judging Team and the San Antonio Stock Show and Rodeo Distinguished Chair in Meat Sciences. "They did a great job of overcoming the adversity they faced from being fourth in their first contest in Denver. The humility and unselfishness they showed each other during practice made them more confident and a much closer team. They represent Texas Tech well with honor, excellence and unselfishness."

Leading the way for Texas Tech was Tatum Whitewood. The Sanger native finished first overall with 1,063 points, taking first place in specifications and second in overall beef, beef grading, lamb judging and total placing. She finished in the top four in seven of the eight judging categories.

Close behind Whitewood in second place was Devin Gonzales. A native of Hondo, Gonzales finished just four points behind Whitewood with 1,059 points, done on the strength of a first-place finish in reasons and second-place finishes in beef judging, pork judging and specifications. He placed in the top 10 in all eight judging categories.

Rounding out the list of Texas Tech's top three finishers is Megan Burgess from Marion. She scored 1,047 points with third-place finishes in overall beef and beef judging and top-five finishes in beef grading, pork judging and reasons/questions.

Texas Tech also had the top two and six of the top 10 individual performances. Lauren Ritchie, a native of Nipomo, California, led the Texas Tech alternate team with 1,065 points, followed closely by Kamlynn Thomas from Jacksboro in second with 1,061 points.

Along with Miller, coaches for this year's team are graduate students Ben Mills from Shallowater and Kyle Mahagan from Plainview.