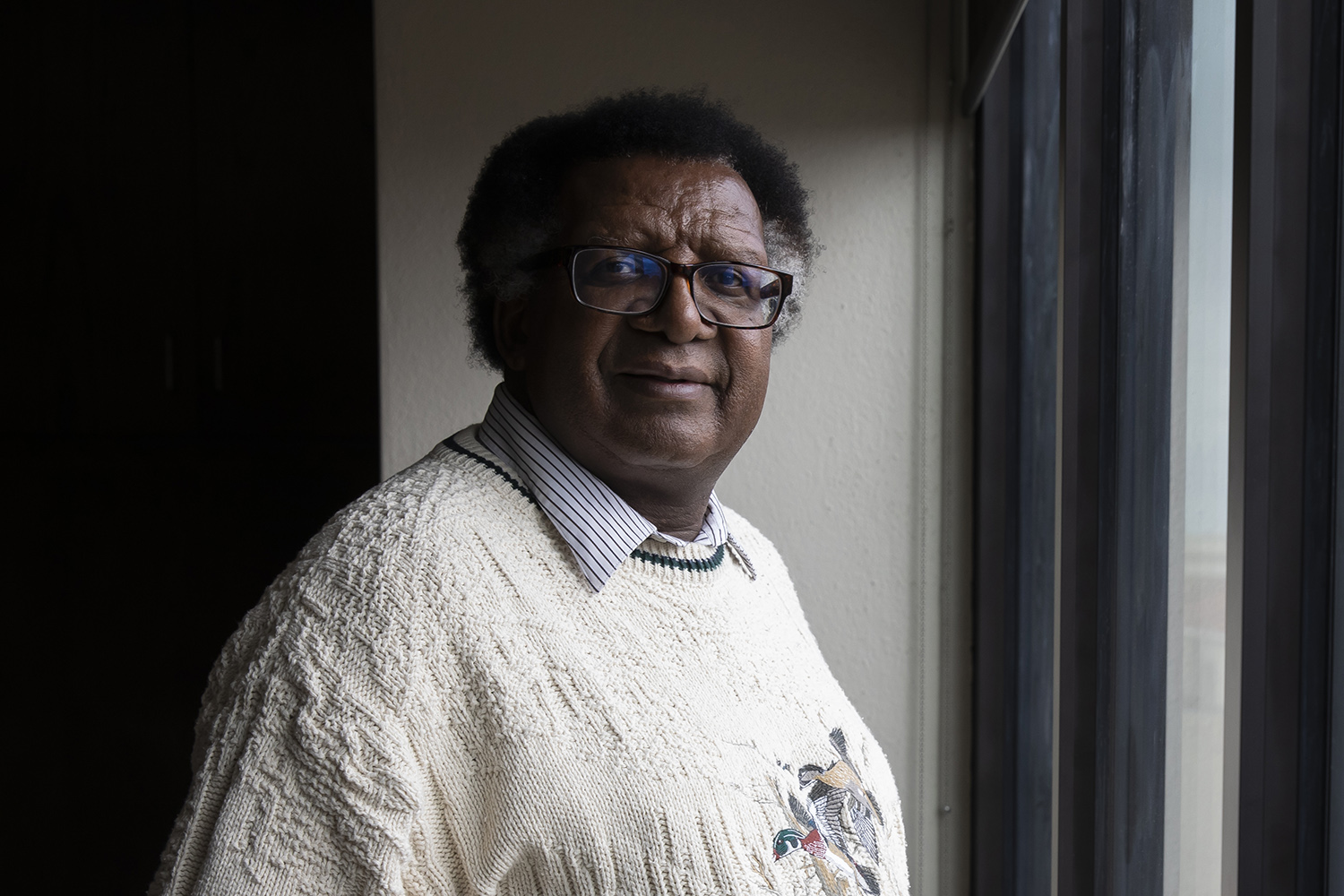 Lyombe Eko studies international, comparative and visual communication as part of his focus on human rights and freedom of expression.

In February, Texas Tech is once again highlighting the outstanding research being conducted by our talented and dedicated Red Raiders through our "TTU ❤️ Research" series. This year, we are pairing this effort with Black History Month in order to feature our influential black faculty and students who have had a tremendous impact through their research. This is the third in this series.

As a child, Lyombe Eko remembers listening to his pocket shortwave radio that gave him access to the world from his African village. He listened to Voice of America, Radio Moscow, Radio France and the BBC, to name a few international broadcasters.

He remembers hearing the news of the Martin Luther King, Jr. assassination in 1968. He didn't quite understand the details or magnitude of the Civil Rights movement happening in the United States, but he could speak English and began to recount the details he heard on the radio to everyone gathered around him.

This was the beginning of his career as a journalist, documentarian, translator, teacher, researcher and author.

"I was only in grade school, but that was the beginning of my career as an 'explainer,' a teacher of sorts," Eko said. "I ultimately went to university, learned a few more languages along the way and became a journalist and translator before I became a professor. Without Martin Luther King, Jr. and the Civil Rights struggle, I would not be teaching at Texas Tech University today."

A professor in the Department of Journalism and Creative Media Industries, Eko's work focuses on media and communication in a variety of forms – human rights, freedom of expression and comparative and international communication.

As part of his research on human rights and freedom of expression, Eko studies visual communication. More specifically, he analyzes how cartoonists, graphic artists and photographers use their skills to promote freedom of political communication in different parts of the world.

"I believe that freedom of expression is a human right. As such, it is the first freedom," Eko said. "Without the freedom of speech granted by the First Amendment, there would have been no civil rights.

"I research how countries around the world manage the human right of freedom of speech and the diversity of expression that comes with it. There can be no true diversity without intellectual diversity and diversity of opinion and expression."

His work has taken him to many parts of the world and resulted in the publication of four books and tens of well-cited journal articles. His work has been published in scholarly venues ranging from the Harvard Africa Policy Journal to the Oxford Research Encyclopedia of Communication.

His most recent book, "The Charlie Hebdo Affair and Comparative Journalistic Cultures: Human Rights Versus Religious Rites," was published at the end of 2019. The premise of this book is that the 2015 terrorist attack against the French satirical newspaper, Charlie Hebdo, was a global media event that had an impact on freedom of expression, visual communication and political cartooning in diverse journalistic cultures around the world.

This work, along with his other research and teaching in the College of Media & Communication, explains the importance of freedom of expression, and tolerance of diverse opinions in our interconnected global society. It helps people better understand culture-specific viewpoints on freedom of speech and expression in physical space and on the Internet. His work also explores how different nations and cultures around the globe view and manage the human right of freedom of communication.

His ultimate goal is to help his students develop cultural intelligence, the ability to negotiate difference, and work with people from different cultural backgrounds.

"From time to time, I receive messages from my former students telling me about the impact of what they learned in my media law and international communication classes on their worldviews and professions. That is very gratifying," Eko said.