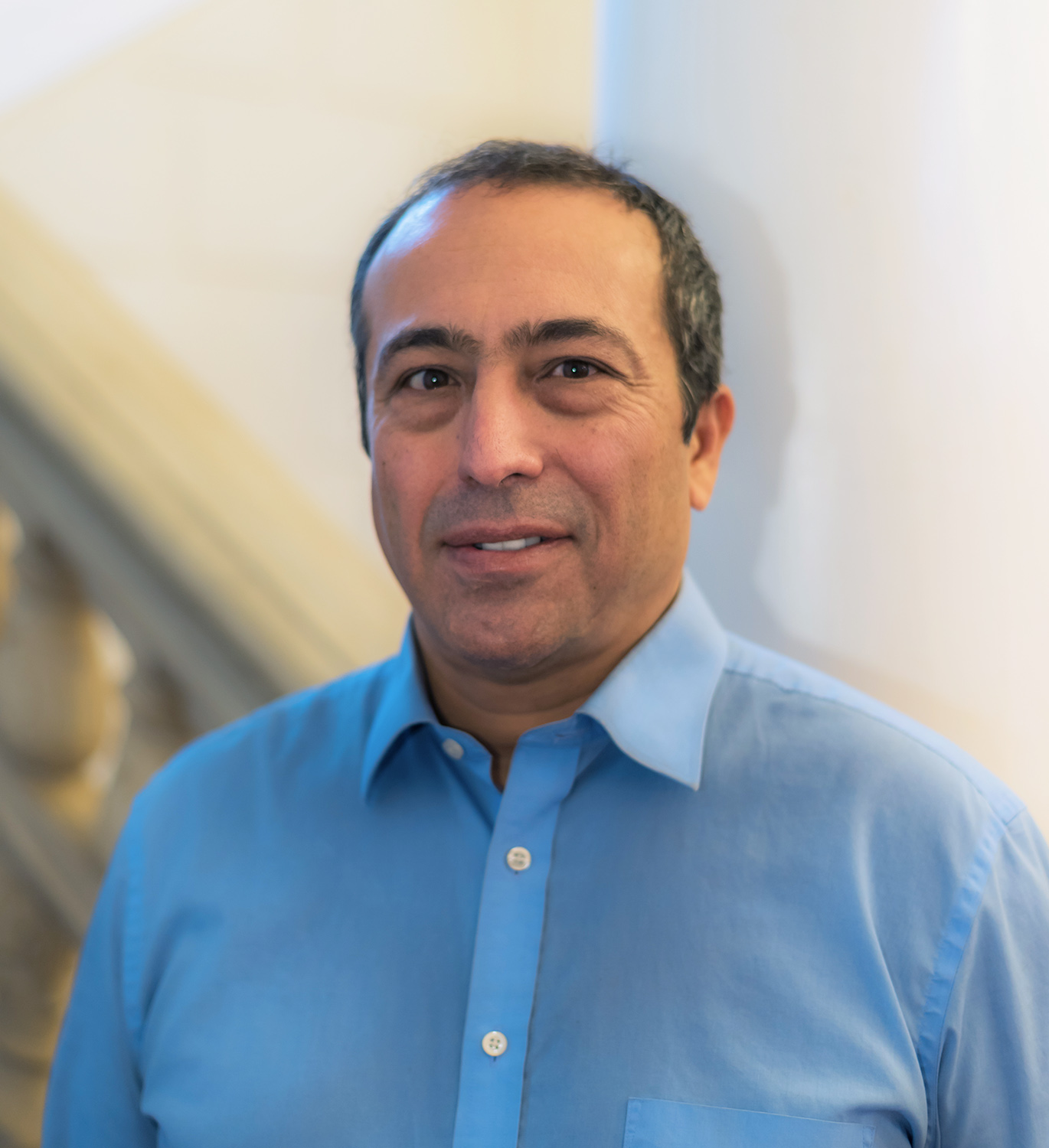 David Robledo’s passion for the environment is the main focus of his doctoral thesis.

David Robledo, a graduate student working on his doctoral degree in technical communication and rhetoric through the Department of English at Texas Tech University, isn't a traditional student. After earning his master's degree in 1997, Robledo made a career as a media worker while also being a full-time father to his two kids.

"I was doing a lot of environmental work with farmers markets and small-scale businesses while I raised my children as a house father who changed diapers and mashed carrots in the daytime and working during any spare moment," Robledo said. "After my divorce, I was left trying to figure things out. I had a small company, but I didn't really see myself being able to move it to the future I wanted with the time I have left to work in a career. So, I started looking for programs that would support the skills I was working with."

After deciding to go back to school, Robledo had to pick a program that would work best with his desire to pursue his work in environmental conservation. That's when he found one of Texas Tech's programs.

"Texas Tech's technical communication and rhetoric program is one of the best of these types of programs in the nation, and there aren't very many of these programs that have the lineage of researchers who've done work that deals with environmental issues," Robledo said. "Texas Tech has a little enclave of researchers in this field who have done important things relating to environment. I applied and was offered a fellowship, so I followed this important opportunity."

As part of his doctoral dissertation, Robledo is focusing on an environmental issue close to his heart: small-scale fisheries.

"My grandfather was a fisherman," he said. "I grew up in that coastal culture of fishing. It's just something that really seemed to speak to me, so I've been hopelessly wrapped up in this issue since I began researching the benefits of small-scale fishers to marine biodiversity."

Small-scale fisheries, or "artisanal" fisheries as they're sometimes referred to, are traditional fisheries involving fishing households and noncommercial companies that use minimal technology and energy. Currently, there's a global collapse of fisheries occurring. Scientists predict that in about 30 years there will be a complete collapse, Robledo said.

"Right now, fisheries around the world are operating at about 10% of their known strength," he said. "However, there are a lot of policy efforts to try and revitalize fisheries, and some of them are effective. One effective approach actually depends on small-scale artisanal fishers who use old, historic techniques like baiting long lines and using boats with no motors. And these fishers, their use of fisheries and also their safeguarding of fisheries is being recognized by policy and science as effective to maintaining and encouraging biodiversity."

Basically, Robledo said, there has to be movement between species to promote the best and most biodiverse conditions.

"Just leaving a species alone doesn't necessarily promote the best and fastest reparation of fisheries," he said. "You have to have some harvesting. There has to be some movement. Fishers are involved in that process in ways that I'm not completely sure how they work. However, marine scientists are measuring these indicators, and they're finding that fisheries that are supported properly with artisanal fishers have more biodiverse effects than just leaving the fisheries alone."

Not only is Robledo interested in small-scale fisheries because of his familial connection, but he also emphasizes how significant their impact is historically and culturally.

"It's a really unique and important role for a historically important occupation," Robledo said. "These fisheries are important to cultural economies, small cafés and seafood markets, to people who have made their livings in these ways for generations and generations. My research is looking at this interconnection between marine scientists and small-scale fishers and how they support each other's work in order to bring ideas for policy that can improve fisheries in this time of collapse."

To continue his research, Robledo applied for a Fulbright U.S. Student Program Open Study/Research Award to work with marine scientists in Costa Rica. Named after former U.S. Sen. J. William Fulbright, these awards fund the promotion of international goodwill through the exchange of students in the fields of education, culture and science.

Robledo currently is a semifinalist and is waiting to hear back on whether he received the award. However, he said he couldn't have gone through the process without the help he received at the university.

"The support that's available at Texas Tech for scholars and researchers who want to push their expertise and want to push the reach is incredible," Robledo said. "Wendoli Flores, the director of the Office of National and International Scholarships and Fellowships, Tim Dallas, the associate dean of the Graduate School, and their team of supporting faculty have been essential to my progress. They put time, effort and real care into the success of researchers. I would just like anyone, any student reading this who has dreams for their scholarship, to seek the assistance that's here, because it is incredible. It's really something special."

As for what Robledo wants to do after earning his doctorate, he says he wants to continue promoting awareness of the fishery collapse issue.

"I hope I'll not only be able to add to the awareness of this very important problem of fishery collapse, but also the incredible role these historic, cultural fishers play in this drama," he said. "To me, it's important because it's encompassing historic roots of humanity around a resource that also is something that belongs to everyone.

"Part of my dissertation involves creating a documentary film on the case study research. I see myself continuing to try to learn about the role of the small-scale fisher in regard to diversity and to continue trying to document it. I see myself going equally in the same direction but in two avenues: one in an academic research avenue and one in the public sphere. I'm hoping to bring some of this academic research to public sphere through film festivals and outlets like that."