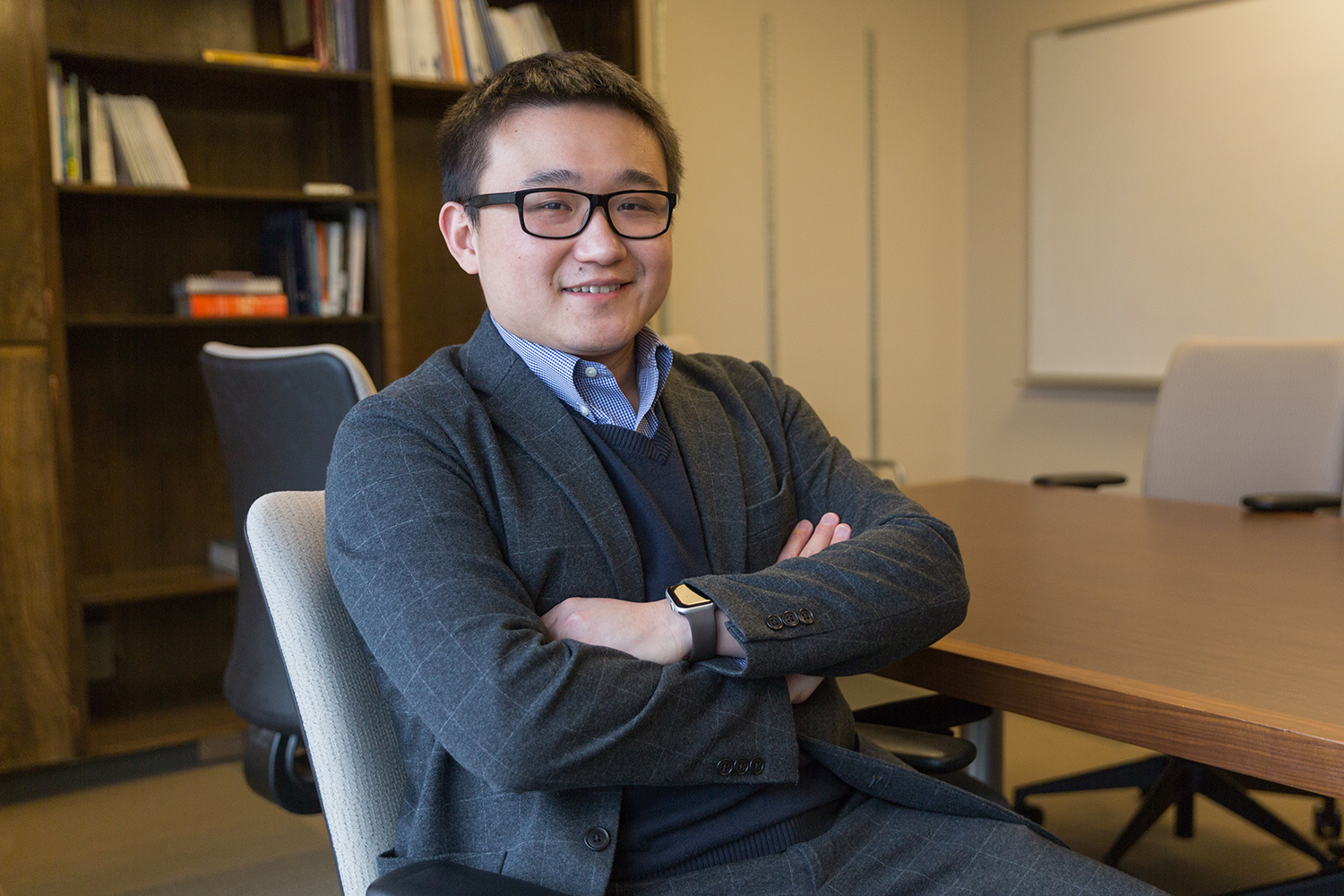 Haoran Chu measures people’s motivation to take action based on the message framing through psychological distance.

As an undergraduate studying engineering, Haoran Chu had an interest in naturally occurring and physical phenomenon. One of the main ones that caught his interest was climate change.

His background in science, as well as communications, led him to the idea that he could use his skills to study this critical issue.

"What has been a common agreement is that climate change is getting closer to us and is becoming more inevitable," Chu said. "We're witnessing that in many social movements, like the work with Greta Thunberg last year, this is getting so close. But why isn't the general public reacting to it?"

Chu, an assistant professor in the College of Media & Communication at Texas Tech University, set out to answer that question with a series of studies focusing on climate change and psychological distance, a theory that describes how people's perception of a subject changes the closer or further away in time it is presented.

His most recent study, coauthored with Janet Yang from the University at Buffalo and published in January, focuses on whether risk or efficacy framing in climate change messages is more effective at getting people to take action based on the psychological distance used.

"The article studies whether telling people how efficacious they are or how effective mitigation measures are when we are trying to deal with climate change," Chu said. "This type of information tends to work better when climate change is being portrayed as something closer to our lives. But if it is portrayed as something more distant, we find highlighting how dangerous it could be, or how necessary mitigation measures are, tend to matter more."

His research found that when people decide whether or not to take action, two factors are especially relevant to psychological distance – how large the perceived risk is and the feasibility of achieving the goal. If something is positioned further away in time and space, the risk comes into play more. But if it is closer, feasibility plays a larger role in making a decision.

In addition, the closer something is positioned, sometimes decreases hope, an abstract emotion, but increases concrete emotions such as fear. Because of this, Chu said it's important for messages talking about climate change happening in the near future to focus on hopefulness in order to decrease that fear.

For climate change messaging to be successful, Chu said it needs to include one of two elements based on the distance it is positioned and the emotions associated with it – risk or efficacy.

As people come across information with climate change positioned closer to them, those messages are likely to be more effective if they are efficacy-framed, focusing on how capable they are to mitigate the issue and make a difference. If climate change is portrayed as being further away, detailing the risk it poses to people and those close to them is more likely to make a lasting impact.

"When we are trying to communicate climate change to people who are more dismissive about the phenomenon, it may be better to highlight the closer impacts of it, to tell them about how climate change would influence their own lives or the people in their community," Chu said. "The second factor is about empowerment. Telling people how close climate change is will increase fear, and fear may not always be conducive to climate-change mitigation and engagement.

"Closer distance, paired with advocacy information as well as information that could enhance people's hopefulness, would work better."

In previous studies, Chu found that another layer to climate change mitigation is people's ideologies and values. While it can be a polarizing topic, Chu said that positioning the issue as physically close and something with a local impact, is more likely to unite people from different backgrounds and partisanships. This is especially true during election cycles, such as the upcoming presidential election.

Even if people aren't climate-change experts, most of them are familiar with the concept. Chu said understanding that familiarity and people's background with the issue, including their political ideology, is key when creating messages in hopes of getting people to take action against climate change.

"When we're communicating about a risk that has existed for a long time," Chu said, "emphasizing how capable we are to deal with the risk, removing that barrier, motivates the public."