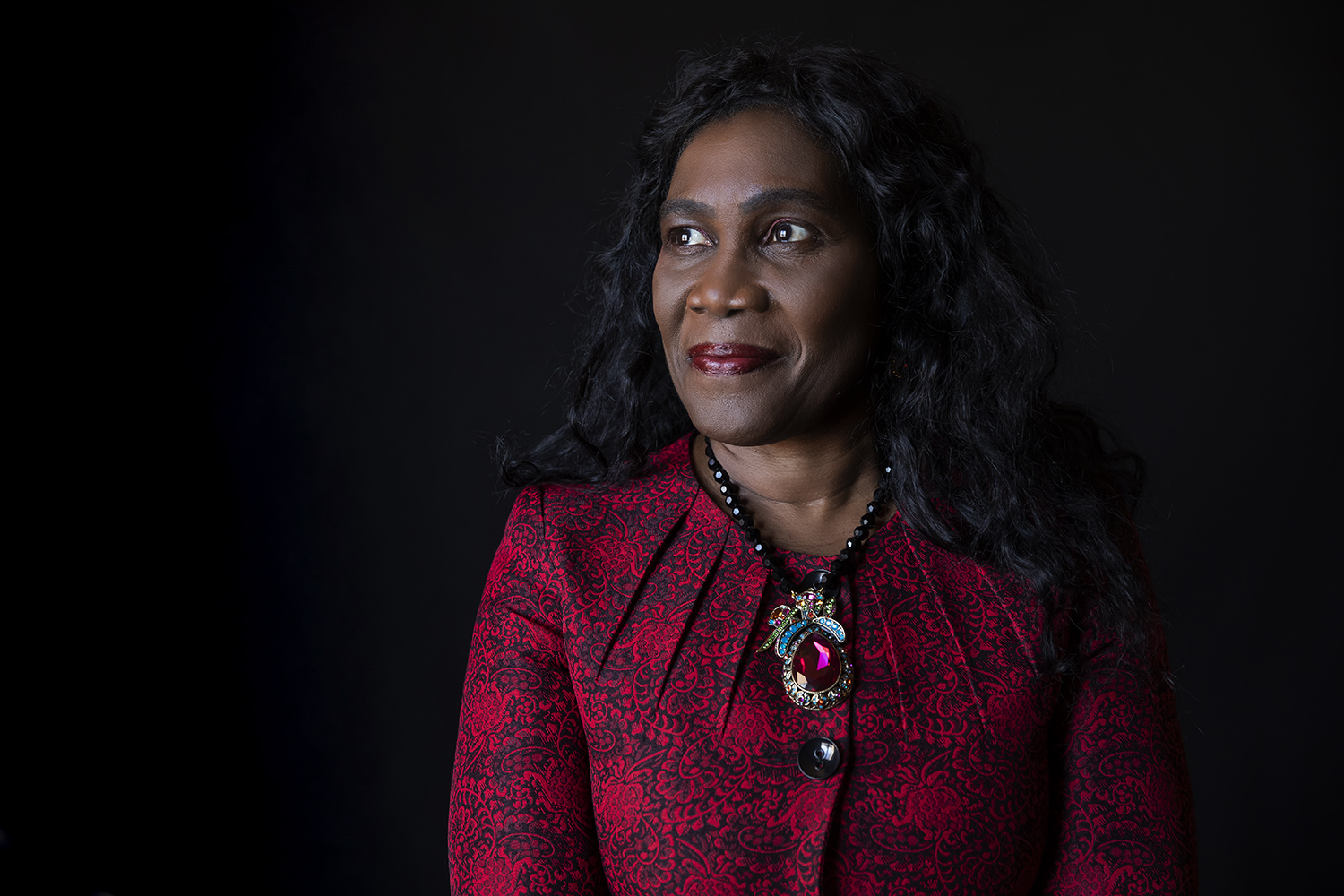 Comfort Pratt studies what motivates a student to learn new and foreign languages and the best practices for how to teach languages.

In February, Texas Tech is once again highlighting the outstanding research being conducted by our talented and dedicated Red Raiders through our "TTU ❤️ Research" series. This year, we are pairing this effort with Black History Month in order to feature our influential black faculty and students who have had a tremendous impact through their research. This is the fourth in this series.

Comfort Pratt says education has always been second nature to her.

"From a very early age, my parents inculcated in me the desire to acquire knowledge," said Pratt, an associate professor in the College of Education's Department of Curriculum and Instruction. "I started reading extensively as a little child and learning different subjects at home in addition to what I was studying at school."

That pursuit of knowledge continued through her childhood and beyond, and she soon became focused on language education, leading Pratt to study abroad in Spain at the Universidad Complutense de Madrid, where she studied Spanish language, culture and literature while also working as an English instructor.

After Spain, she returned to her home country of Ghana. There, she earned a Bachelor of Arts honors degree in Spanish and French – with a minor in linguistics – at the University of Ghana, served at the Spanish embassy as secretary to the ambassador and taught Spanish at the Ghana Institute of Languages.

Pratt's educational journey took her back to Spain a few years later, where she completed a postgraduate certificate in translation at the Universidad Complutense de Madrid and served as secretary to the ambassador at the Nigerian embassy.

"I was inspired to pursue the study of foreign languages by the fact that if I could speak different languages, I would be able to communicate effectively with people from different parts of the world," Pratt said. "More than just speaking the languages, I was thrilled by the possibility of teaching others to speak the languages as well, so I developed a strong interest in language education."

After earning a master's degree in Spanish linguistics and peninsular literature at Texas A&M University, Pratt completed her doctoral degree in romance linguistics at Louisiana State University. She spent several years teaching and leading language programs within the Department of Language and Communication at Northwestern State University before arriving at Texas Tech University in 2004.

At Texas Tech, Pratt shares her love of teaching, learning and languages not just with students, but also with her fellow educators. She established a communicative-based Spanish program for the Department of Classical & Modern Languages & Literatures and developed a Spanish component for the bilingual education and secondary education programs in the College of Education. She created study abroad programs in Chile, Costa Rica, the Dominican Republic and Spain, and leads a summer program for educators in the latter at the Universidad Pontificia de Salamanca. She also has served as the adviser for Texas Tech's chapter of Sigma Delta Pi, the national collegiate Hispanic honor society, for 15 years.

As a member and past chair of the university's Teaching Academy, she shares knowledge about best practices in the classroom and pedagogy strategies to advocate for and promote excellence in teaching. Pratt's areas of specialization and research are numerous, including Spanish, French, linguistics, foreign language education, sociolinguistics, teaching strategies, student motivations and diversity.

"My scholarly work focuses on the teaching and learning of second and foreign languages," Pratt said. "I was inspired to conduct this type of research after I became aware that languages were not being taught well enough for students to achieve communicative competence both in K-12 and college, and I have spent many years contributing to the knowledge that informs the teaching of languages."

Pratt said her work helps improve communication between instructors and their students, citing a study of high school students learning a foreign language.

"I conducted research on what motivates high school students to learn Spanish, in a particular school district, and both students and teachers participated in the study," Pratt said. "Among other findings, the study revealed that the teachers were not aware of why the students were studying Spanish, and the students did not find their classes as useful as the teachers thought. The results were shared with the school district to inform their practice."

She plans to continue helping students increase their fluency in new languages by studying what motivates them to learn second and foreign languages, determining the best approaches for teaching these languages and finding ways to measure the outcomes.

"This is very significant in academia, as one of the areas we have not been successful in is producing fluent speakers of second and foreign languages," Pratt said. "My work adds to the knowledge we have about the best approaches for achieving that goal."