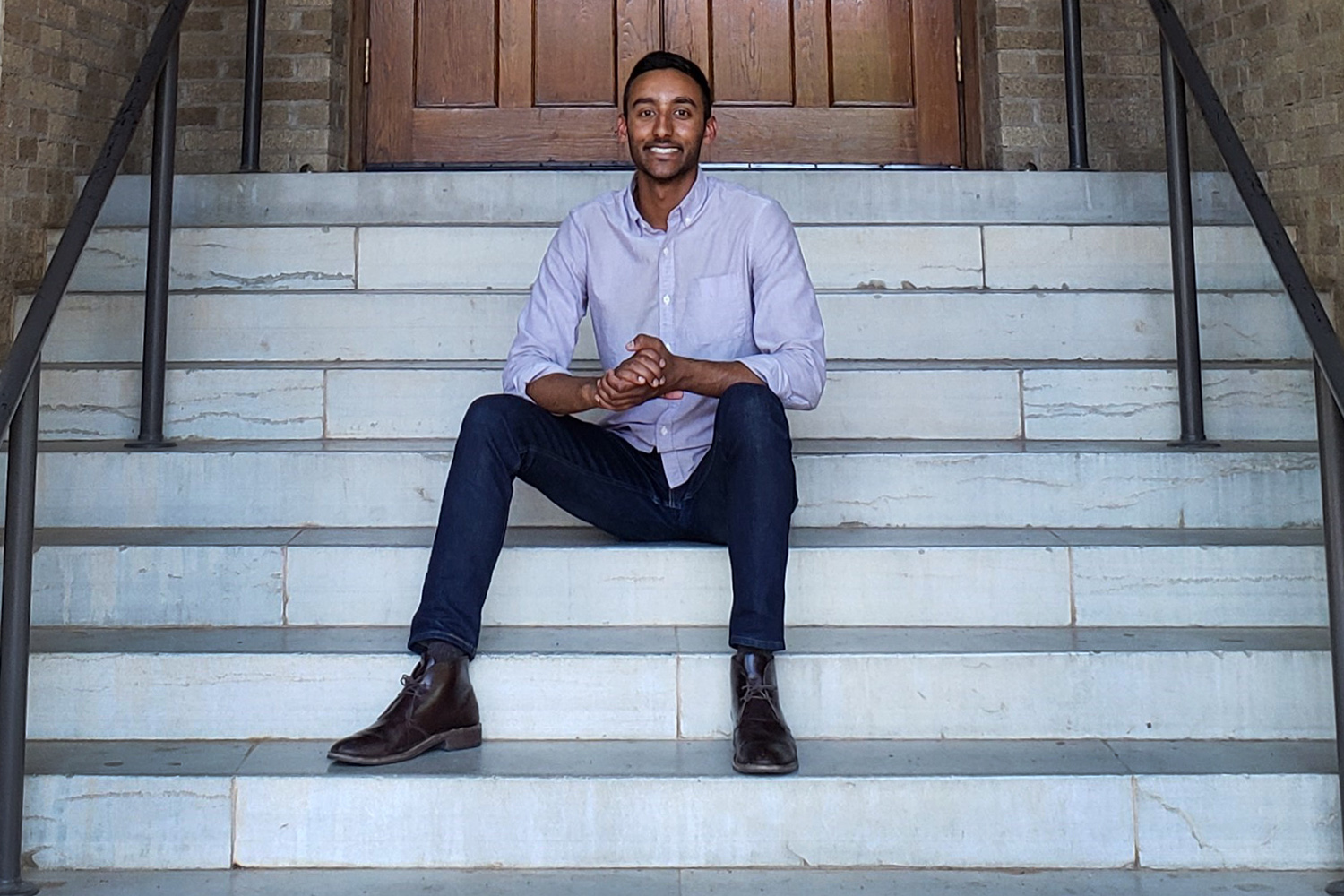 Neel Roy, who graduated in May 2019, participated in two vastly different research projects while pursuing his bachelor’s degree.

What do a minimum-wage policy report and Alzheimer's research have in common? Nothing, actually, except for recent Texas Tech University graduate Neel Roy. Roy, who earned his bachelor's degree in economics with minors in mathematics and chemistry, made sure his time at Texas Tech was productive.

"My work culminated in a paper and presentation at the Texas Tech undergraduate research conference. This project was a really instructive first foray into the world of policy research."

After successfully completing his initial research experience, Roy began working on another research study. This time, he switched his focus from economics to biology. The project, led by Breanna Harris, a research assistant professor in the Department of Biology, and funded by the National Institutes of Health (NIH), studies the impact of stress upon Alzheimer's pathology.

"I started working in a pathophysiology lab that, among other things, explored the underlying physiology of Alzheimer's disease," Roy said. "We collected data on mice that had been genetically altered to develop neuronal protein plaques which induced cognitive decline in a manner similar to that which is seen in human Alzheimer's patients. Over the course of the study, we periodically exposed these mice to stressors – like smells they associate with danger – and assessed their cognitive performance as time progressed. Using the mice's cognitive performance as a proxy for the severity of the disease, we were able to explore the relationship between stress and disease progression.

Roy spent his time collecting and analyzing data from the start of his junior year until he graduated, presenting some of the team's preliminary findings at local research conferences. Harris' project is still in progress, so no definitive conclusions have been made yet.

Since graduating, Roy moved back to his hometown of Albuquerque, New Mexico, and took a position as a health policy research associate for the New Mexico Department of Health. His role there combines his interests in health, policy and economics.

"I research policy for the Office of the Secretary," Roy said. "At any given moment, the office is juggling several complex health policy-related issues, and I help them manage that complexity by providing background research and analysis, hopefully helping to make better informed decisions in New Mexico health policy. I also do a fair bit of work on the grants team – helping to craft proposals that draw in funding support to the state."

Though Roy enjoys his current work, he hopes to obtain his master's degree. Currently, he is a semifinalist for a Fulbright U.S. Student Program Open Study/Research Award. Named after former U.S. Sen. J. William Fulbright, these awards fund the promotion of international goodwill through the exchange of students in the fields of education, culture and science.

If Roy is selected as a Fulbright recipient, he will pursue his master's degree in econometrics at the University of Kent in Canterbury, England, which would be completely funded by the award.

"To me, one of the biggest draws of the University of Kent is a research project on migrant wellbeing that is currently being set up in their economics department," Roy said. "Olena Nizalova, a professor of health economics at the university, is putting together a team to study the 'healthy migrant effect.' Their current focus is on U.K. migrants.

"If I'm awarded a Fulbright, I will help expand the scope of that incipient project to include the U.S. migrant population. If we can make that expansion happen, we'll be able to pursue a broader understanding of the factors that impact the health of migrants around the world."