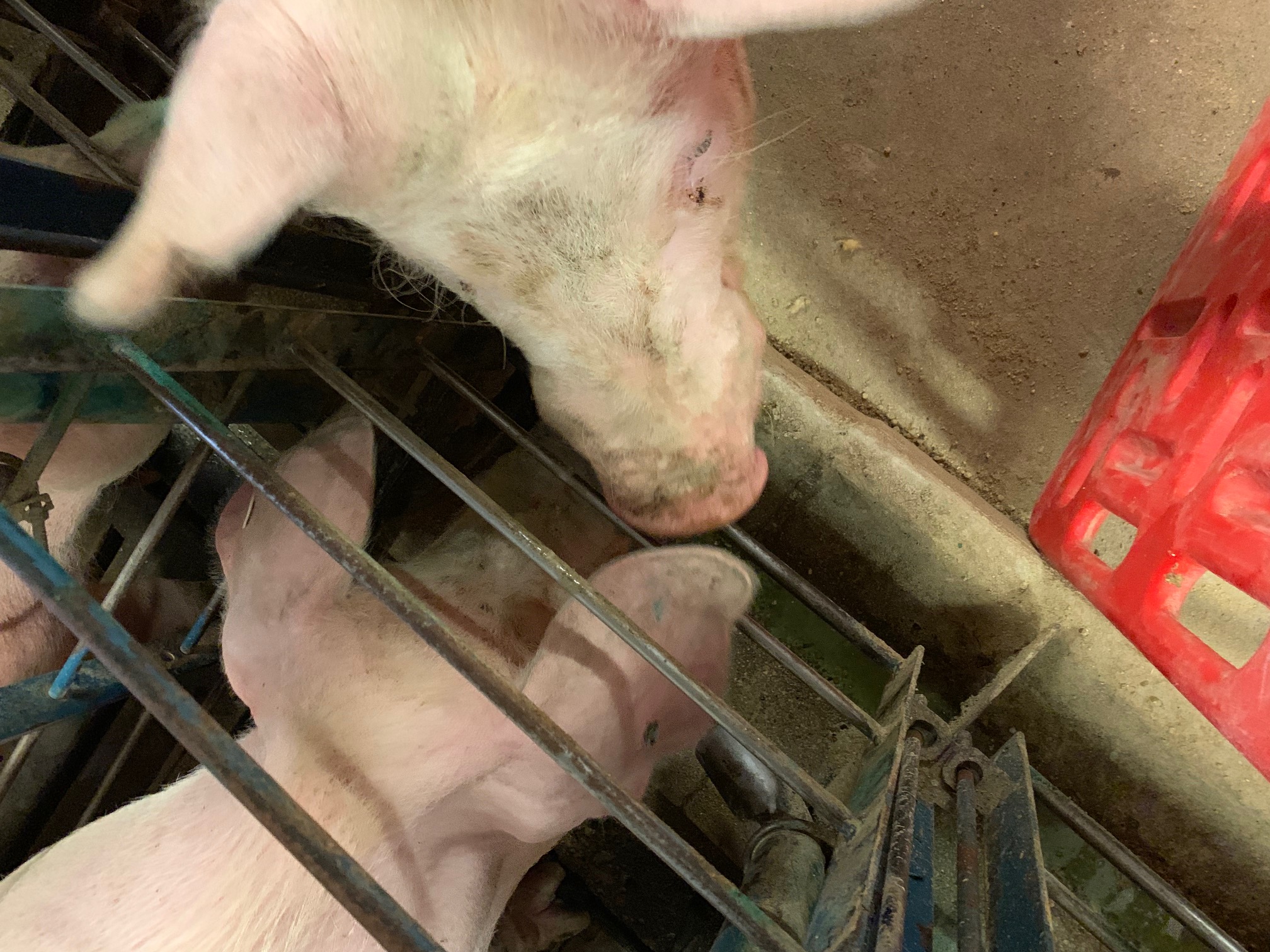 The product from the laboratory of John McGlone could also help in replenishing pig farms in China hit hard by the spread of the African Swine Fever.

The Chinese pork market has been decimated recently by the spread of the African Swine Fever, a disease that originated in Africa but is not infectious to humans either through contact with pigs or eating pork from infected pigs. What it has done to the number of pigs throughout China and Eastern Europe, however, has been devastating.

Last year, there were almost 1 billion pigs throughout the world, and half of those were in China alone. With the spread of African Swine Flu, however, Chinese authorities have had to eliminate more than half of the 500,000,000 pigs in the country in an attempt to prevent the spread of the disease.

That has created a tremendous pig shortage in the Far East and, along with recently imposed tariffs, driven the price of pigs in China up drastically – as much as five times as much as it is in the U.S. – while the Chinese attempt to rebuild the pig population. But that takes time and requires more boars to mate with the sows, yet the tariffs are preventing China from importing boars and sows from the U.S. at a rate needed to replenish their supply.

"Right now, because of how much pork they eat and how many people they have, if they bought every piece of pork that was exported from every country in the world, it would not be enough just to cover what they need, to cover what they've lost," said John McGlone, a professor in the Department of Animal & Food Sciences in the College of Agricultural Sciences & Natural Resources and director of the Pork Industry Institute at Texas Tech University.

McGlone, however, just may have one answer in the form of a product he developed from his research at Texas Tech, which holds the intellectual property license, and has licensed to companies both in the U.S. and overseas.

BOARBETTER® was developed when McGlone researched which pheromone, or combination of pheromones, in boar saliva and fat, was most responsible for increased sexual behavior in sows. He determined it was a combination of three pheromones exuded by boars that makes the sows most susceptible to impregnation, whether that is by the boar or through artificial insemination without the boar present.

This product is starting to gain some traction for use in the U.S., and McGlone is confident it could help expedite pig production in China to help rebuild their pork industry until tariffs are lifted and the Chinese can again import more U.S. pork.

"There's no other product on the market like it. Products like hormones or feed additives will not increase the number of pigs," McGlone said. "That's the first thing. The second thing is not having boars around is revolutionary, because everybody thinks you need them. Well, you don't."

The basis for McGlone's research that produced BOARBETTER® began in the 1970s. Older studies claimed androstenone, a single molecule, as the boar pheromone. Recent research performed at Texas Tech identified three molecules unique to boar saliva – quinolone, androstenol and androstenone. The research showed that all three molecules were necessary to produce increased sexual behavior in sows.

Research then showed that the most effective method of sexual reproduction in pigs was direct contact between sows and boars. Absent that, the most effective method was having liquid boar secretions around the sow with a boar within sight, yet it was still not as effective as having the boar and sow in direct contact. About a decade later, it was believed after further research that it was the single molecule androstenone that was responsible for increased sexual reproduction in pigs.

However, research since then has determined that to not be the case. It has been discovered that the olfactory system of pigs contains a pair of olfactory bulbs, and each bulb contains three circular sensory receptors called glomerulus. Each glomerulus detects a different pheromone, and androstenone was stimulating just one glomerulus.

What McGlone discovered was that for a sow to be fully aroused sexually, it required a combination of the molecules stimulating all three of the glomerulus, just as it would be from boar saliva. He tested each of the molecules separately and in combination against a control of isopropyl alcohol, to determine what best enhances sexual behavior in sows.

"I thought there must be something missing from this original research, because androstenone was not enough," McGlone said. "This was the original idea that made us look at the boar saliva, and we have better chemistry tools than they had then. So I worked with the chemistry department, and we identified what was unique about the boar. We could see the combination of molecules was better than any two of them together or by themselves. Once we discovered that, we knew we had something."

McGlone applied for and received a patent for the chemical composition, and the product BOARBETTER® was developed. A synthetic analog of the natural boar pheromone, it is licensed in the U.S. through a company called Animal-BioTech, a company that works through research and innovation to develop products that benefit animals.

BOARBETTER® not only allows for more pigs to be impregnated, but could also potentially reduce the risk of injury to sows if it can be used successfully while not having the naturally aggressive boars present, an aspect which has yet to be researched. Boars can easily cause injury to sows and humans with their behavior.

McGlone said that since the product's introduction domestically and in China earlier this year, it has been gaining wide acceptance from pig farmers, having treated over 1 million sows so far.

More importantly, by potentially eliminating the need for a boar and instead using BOARBETTER® to mimic the boar saliva, it could reduce costs as farmers are no longer required to have a boar.

"If you look at other species like cattle, chickens and almost all the other species, they don't need the male present to breed," McGlone said. "But the pig has a greater, more developed sense of smell than the other species. So farmers think they need the male there. The boar is not breeding them, he's just standing in front of them while they breed them by artificial insemination. But if you breed dairy cows, there's no bull there. So there had to be a way to induce the sexual behavior in the sow without using a live boar."

Since BOARBETTER® has hit the market domestically, it also has been picked up and is being marketed internationally by a company called Vetoquinol. But McGlone said the next step needs to be determining whether BOARBETTER® can be used without the boar being present. If that can happen, it could potentially help the Chinese rebuild their pig farms while eradicating the African Swine Fever.

In China, every time a pig is diagnosed with the disease, every pig in a 5 -kilometer radius is eradicated. Breeding stock transport is limited by the Chinese government, and some farms to not have live boars, and their reproduction has suffered. McGlone said it can take up to a year from the time a farmer buys a single pig for that pig to produce another pig that is viable to sell. And since China is not importing enough sows and boars to make up for its current shortage, and until U.S. tariffs on pork are lifted, BOARBETTER® could be a viable, effective solution.

"I think the natural step with this product is that it will, first, allow farmers to use it with a boar to get more pigs. Then, they'll use it without a boar to get rid of the boar. I think it will be sold around the world within a year, and we enjoy having Texas Tech products sold worldwide."