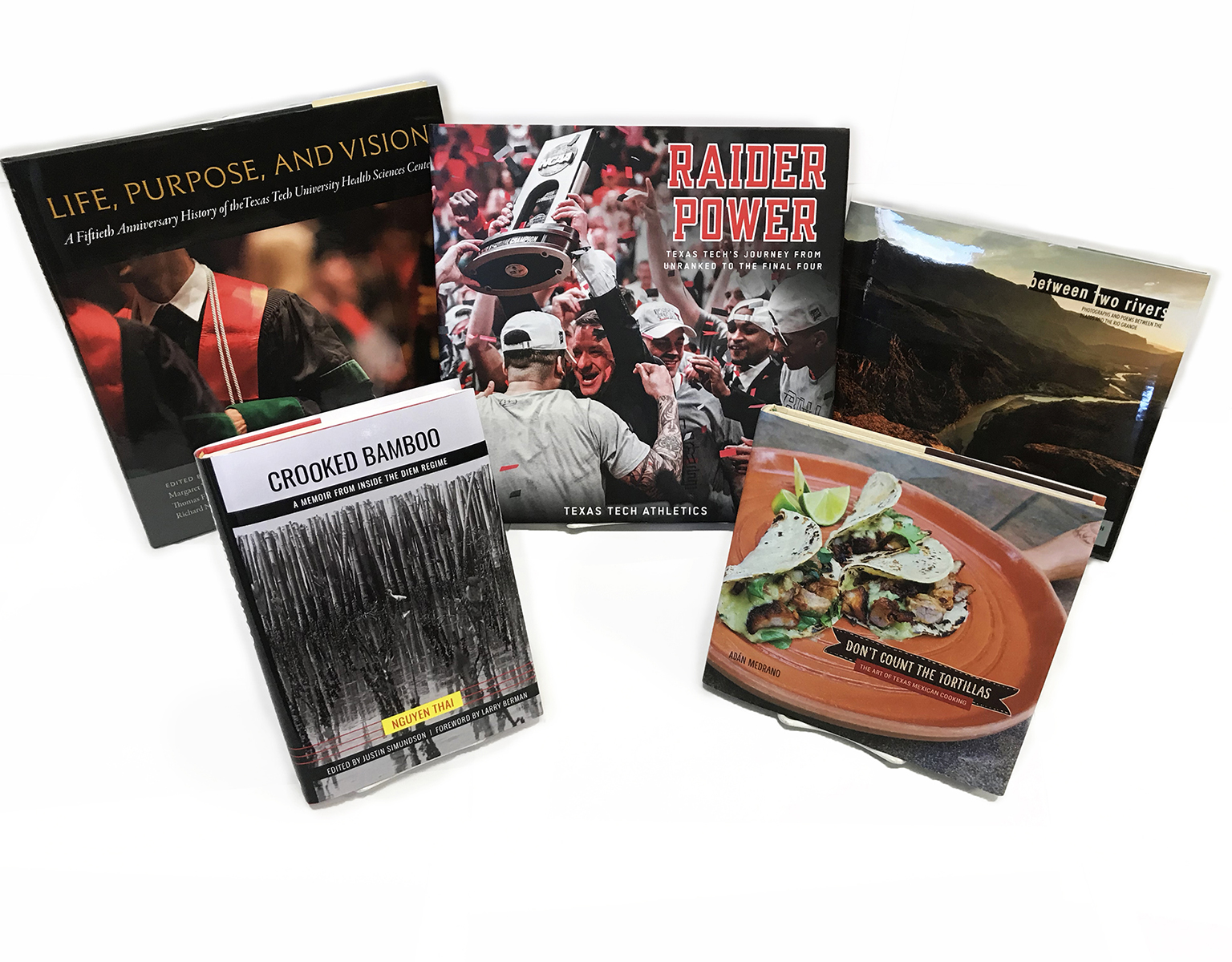 The press publishes titles about lesser-known subjects and contributes to the research success of the university.

For nearly 50 years, an often overlooked department has helped expand the local, national and even international reach of Texas Tech University. Since Texas Tech University Press (TTUP) was established in 1971, it has disseminated new and important information to the public that might otherwise go unpublished.

The press publishes predominately scholarly titles with the occasional non-academic book. No matter the genre, target reader or author, each book is released with the intention of contributing to society in some way.

"We're interested in the production and dissemination of new knowledge," said Brian Ott, director of TTUP. "We have a scholarly mission that is specifically aligned with, and designed to support, the Carnegie Tier One status of the university. We are a significant component and dimension of the university's research arm."

Like most university presses, the titles produced are concentrated regionally, with TTUP's focus being mostly the history of the South Plains and American Southwest. This genre is one that doesn't get much attention, but is important in the history and culture of the U.S.

An example of this is the two-volume work by Northern Cheyenne scholar Leo K. Killsback, "A Sacred People" and "A Sovereign People." The books are a history of the Cheyenne Nation from the perspective of the Cheyenne themselves. Joanna Conrad, managing director of TTUP, said these books are important, but they might not see the light of day if for-profit publishers were the only ones deciding which books get published.

"It's an important perspective," Conrad said. "Part of the mission of university presses is bringing those perspectives that might otherwise get lost to the forefront to enhance the conversation of scholarship."

Every book published by TTUP goes through the same process. It starts with the acquisitions phase, when TTUP will either solicit manuscripts or receive unsolicited submissions. After competing an initial review, the Press will decide if there is enough interest in the book to request a full manuscript. If so, it will be sent out for a blind peer review by two experts, who elevate the quality of the book.

After peer review, the book is taken to the TTUP Editorial Committee, composed of Texas Tech faculty and administrators. This group provides input on quality, rigor and appropriateness, and if they vote to approve, TTUP will move forward with the title.

At that point, the actual publication of the book starts to take place.

TTUP publishes between 15 and 20 titles each year. Ott said because of this, there are multiple books at every stage in the process at all times. This means that rarely will someone at the press work on one book from acquisition to completion. Instead, everyone plays some role in every book that gets published.

Typically, the publication process takes at least two years. Ott said this means everyone involved, including the author, has to be patient. An exception to that timeline was TTUP's newest project, "Raider Power," which will come out Friday (Nov. 15).

From conception to production, "Raider Power," which chronicles the 2018-19 Texas Tech men's basketball team's run to the national championship game in April, was completed in six months — a year and a half faster than the standard production time. Ott said this is likely the fastest TTUP has ever completed a project.

"It is truly remarkable that we have produced this book in the time period that we have," Ott said.

The process of getting any book published is the most difficult, yet rewarding, part of the job because each book has its own unique history of how it came to be.

"When it all comes together, it is incredibly rewarding because your organization has produced something that is contributing to the world, really," Conrad said. "It's always wonderful when you have a project that was difficult to get to the printer, then it comes back. That first copy you get, that new box of books where you open the package and actually see it – that's an amazing experience. It's a tangible record of the things we make together as a press."

Though the press is directly tied to Texas Tech, it also is an active organization in the Lubbock community.

Each year, the press hosts a variety of events, including Literary Lubbock, a fundraiser dinner and program that allows people to interact with TTUP authors and hear about new books. TTUP also is an active participant in local events and organizations, including the Lubbock Arts Festival and Friends of the Lubbock Public Library.

It can be hard to explain to people what the Press does, but community involvement helps overcome that. It also helps extend the reach of Texas Tech to areas even further than Lubbock and the South Plains.

"We want people in the community and people of Lubbock to know what the Texas Tech University Press does, not just for the university but for the community," Ott said.

Changing with the times

When TTUP was established, the publishing and printing industries were vastly different than they are now. As both industries have changed, TTUP has grown and adapted to continue successfully operating as the publishing arm of Texas Tech.

The most noticeable change is how technology and online outlets have shifted readers' interactions with books.

"Amazon obviously changed everything with sales and how people discover books," Conrad said. "Readers will probably interact with a book online first before they actually see a physical copy. So that's something the press has had to adapt to and make sure that we're poised to take advantage of all of those opportunities."

These new platforms also have changed the lifespan of books, especially because they can be found and bought online at any point in time.

"Back then, you would count on maybe selling 500 to 750 copies of the book during its lifetime," said John Brock, TTUP marketing and sales manager. "With our increased marketing, promotions and the types of books that we publish, they last longer. For example, 'Raider Power' is hopefully going to sell thousands of copies during its lifetime."

These changes led to publishers having to alter how they promote and sell books and also how they reach their book's target audiences. This shift also impacted the printing industry in terms of how books are made and the formats in which they can be provided to readers.

"We're always trying to be responsive to what readers want and provide them with our books in many ways, formats and sales channels," Conrad said. "That's something the press has made a priority in recent years."

As the press approaches its 50th birthday in 2021, Ott said they hope to be competitive with other premier regional presses, particularly those at the University of Texas, Texas A&M University, the University of Nebraska and the University of Oklahoma. To do this, they want to increase the number of high-quality titles that are published each year.

The goal is to be in a situation where the press increases its output to between 20-24 titles each year. However, Ott said they won't sacrifice their quality standards to reach that measure.

To make this happen, operations should be sustainable and ideally increased for more publications. Ott said he hopes to see the Press find additional funding sources in the future to ensure it can accomplish all its goals and continue contributing to knowledge.