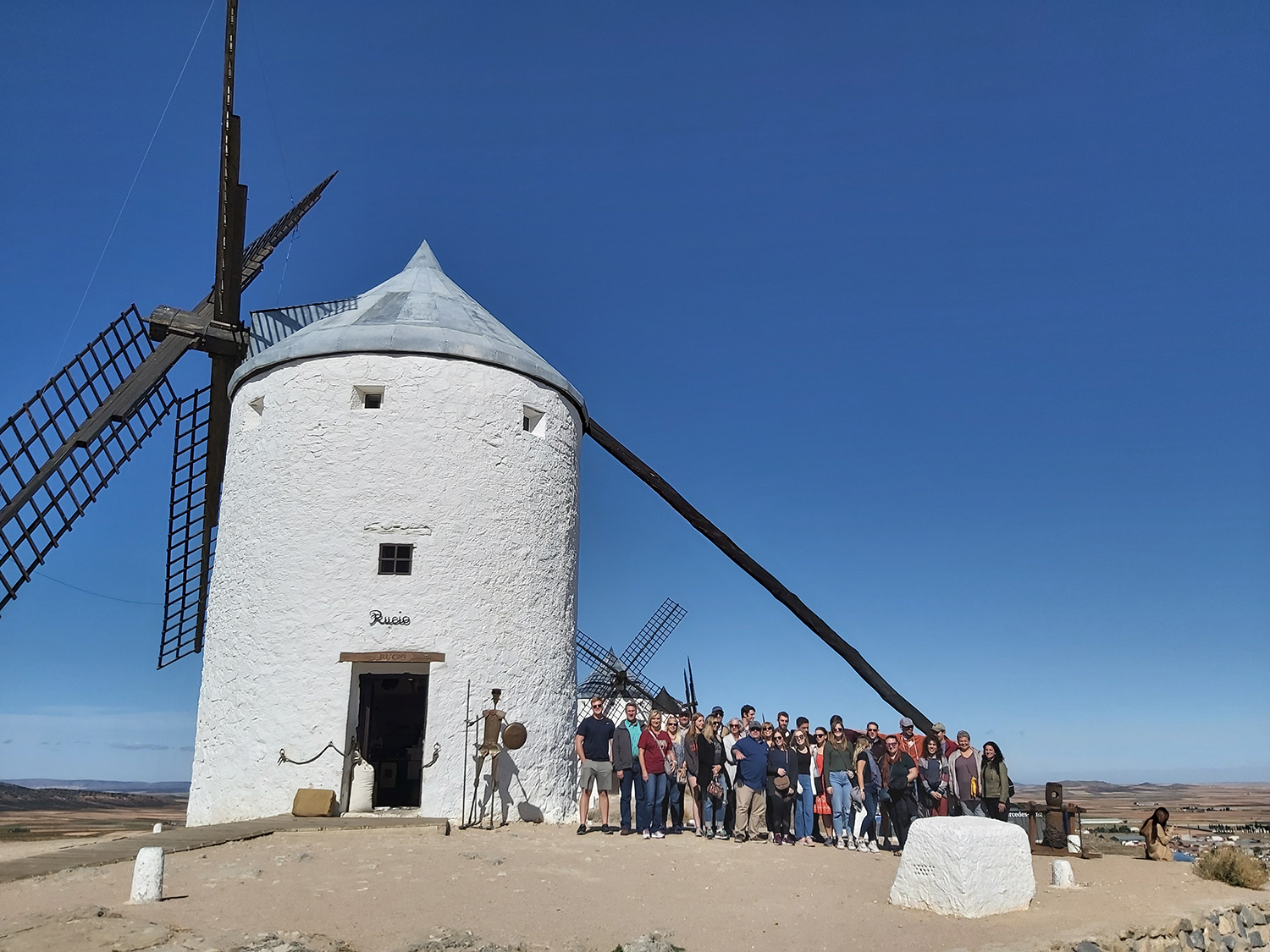 Students spending the semester at the TTU Center in Sevilla went on a weeklong trip to Toledo and Madrid with their family members.

When U.S. students embark on an international study abroad journey, most say it is a life-changing experience. They are immersed in a new culture with people they don't know, often with their family thousands of miles away.

But some Texas Tech University students studying abroad through the Office of International Affairs (OIA) at the TTU Center in Sevilla, Spain, got to experience life abroad with their families for a week during the Toledo/Madrid Excursion earlier this semester. For five days, students and their families traveled through different parts of Spain together, exploring new cities and learning the history of a country students called home for the semester.

"The tour this year included stops in Consuegra, Toledo, Segovia and Madrid, where we experienced amazing castles and world-renowned art and architecture, as well as technical monuments," said Sara Pink, resident director for the TTU Center in Sevilla.

"The Toledo/Madrid excursion is a great introduction to Spain," Pink said. "Most of the time, family members of the students arrive the weekend before the excursion and get to see firsthand what their family member's day-to-day life is like in Sevilla."

One of the families on the excursion included Steve and Mary Pautler. Their son, Jack, is studying Spanish in Sevilla, and they jumped at the chance to learn more about Spain and see what Jack's life is like abroad.

"Reading up on the history, art and architecture is helpful beforehand, but the actual experience of being there was so enriching for us and exciting to touch, see and eat," Steve Pautler said. "Those chocolate-dipped churros are certain to be a habit for us going forward."

After an information session on Monday, the excursion started on Tuesday when the students and family members visited traditional Spanish windmills at Consuegra and traveled on to Toledo. Wednesday included visiting the Sinagoga del Tránsito, then moving on to Madrid. On Thursday, the group headed to Segovia to visit the Álcazar de Segovia and Roman Aqueduct. Friday, the families got to explore Madrid on their own before heading back to Sevilla on Saturday.

Steve Pautler said the week flew by with how much there was to see and do in every city. Getting to experience it all with his son and other Texas Tech students and family members made the trip even more worthwhile.

"The sites we visited were almost overwhelming with the depth of history and the opportunity to go through world-class museums," Steve Pautler said. "The artwork was dazzling. The architecture was amazing."

While getting to see Spain firsthand was something he and his family will never forget, Steve Pautler said one of the best things about the trip was watching Jack embrace the culture. He knows the semester has been life-changing for his son in a number of ways, and he's developed a new perspective on life.

"Jack's host family was so gracious, and it's clear they're looking out for him," Steve Pautler said. "It was fun to see how far he's come with the language, and constantly using it has made such a difference. It's clear that immersion really reinforces what he's learning."

After returning to the U.S., Steve Pautler said he and his wife were ready to go back as soon as the opportunity presents itself. As for other parents and family members with students studying abroad, he recommends they all go on an excursion with their student because it will create memories for the whole family.

"We learned so much about Spain, and it was reassuring to meet the faculty who clearly care about the students and have such a wonderful depth of experience," Steve Pautler said. "Our time was well spent, and our son got to share an experience of a lifetime with us."