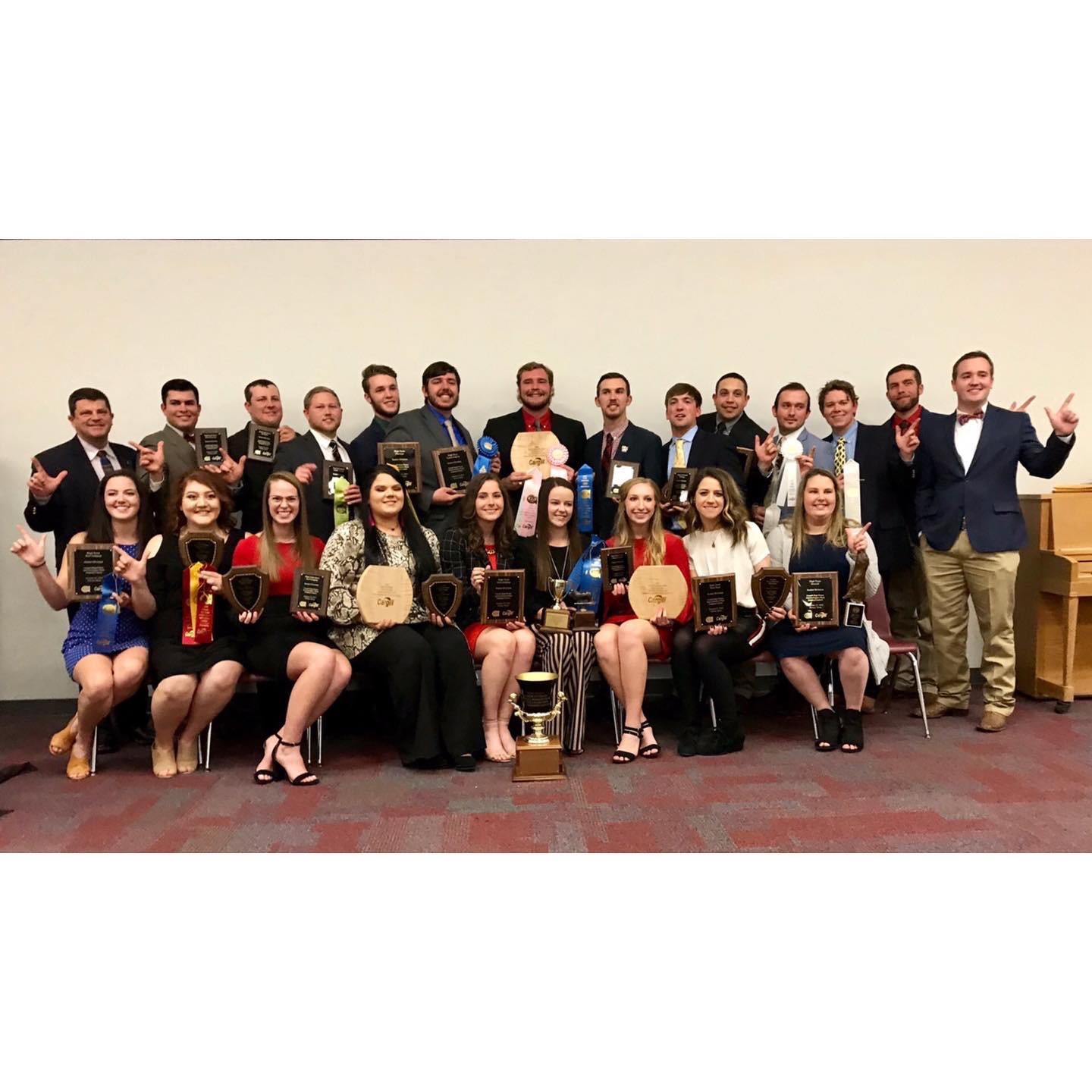 The win for the perennial national title contender comes with the national championships right around the corner.

The Texas Tech University Meat Judging Team, housed within the Department of Animal & Food Sciences in the College of Agricultural Sciences & Natural Resources, defended the "home" turf this weekend.

With just over a week until the national championship in November in Nebraska, Texas Tech surged to victory at the American Meat Science Association (AMSA) Cargill High Plains Collegiate Meat Judging Contest in Friona. Led by three of the top four individual finishes, Texas Tech outlasted Texas A&M University for the win.

"I am proud of the team for never giving up and staying positive," said Mark Miller, coach of the Meat Judging Team and the San Antonio Stock Show and Rodeo Distinguished Chair in Meat Science.

"Their positive attitudes, tremendous work ethic, faith and trust resulted in this successful performance. They have developed into a unified, strong and close family in their hearts and have a great love for each other. Their striving for honor in the pursuit of excellence and unselfishness for each other made the difference."

Taylor Schertz from Krum finished third overall with 1,029 points. She finished first in pork judging (283 points), third in lamb judging (143) fourth in total placing (491) and fifth in overall beef (506) while also finishing in the top 10 in beef judging, specifications and reasons/questions.

Jacie Henefey of D'Hanis finished second in beef judging (275 points) and fifth in reasons/questions (203), while finishing in the top 10 in pork judging and total placing.

Coaches for this year's team are graduate students Tommy Fletcher and Cole Perkins along with Miller.

In their previous contests this fall, the Meat Judging Team finished second at the AMSA Eastern National in September and third place at the AMSA American Royal earlier in October.