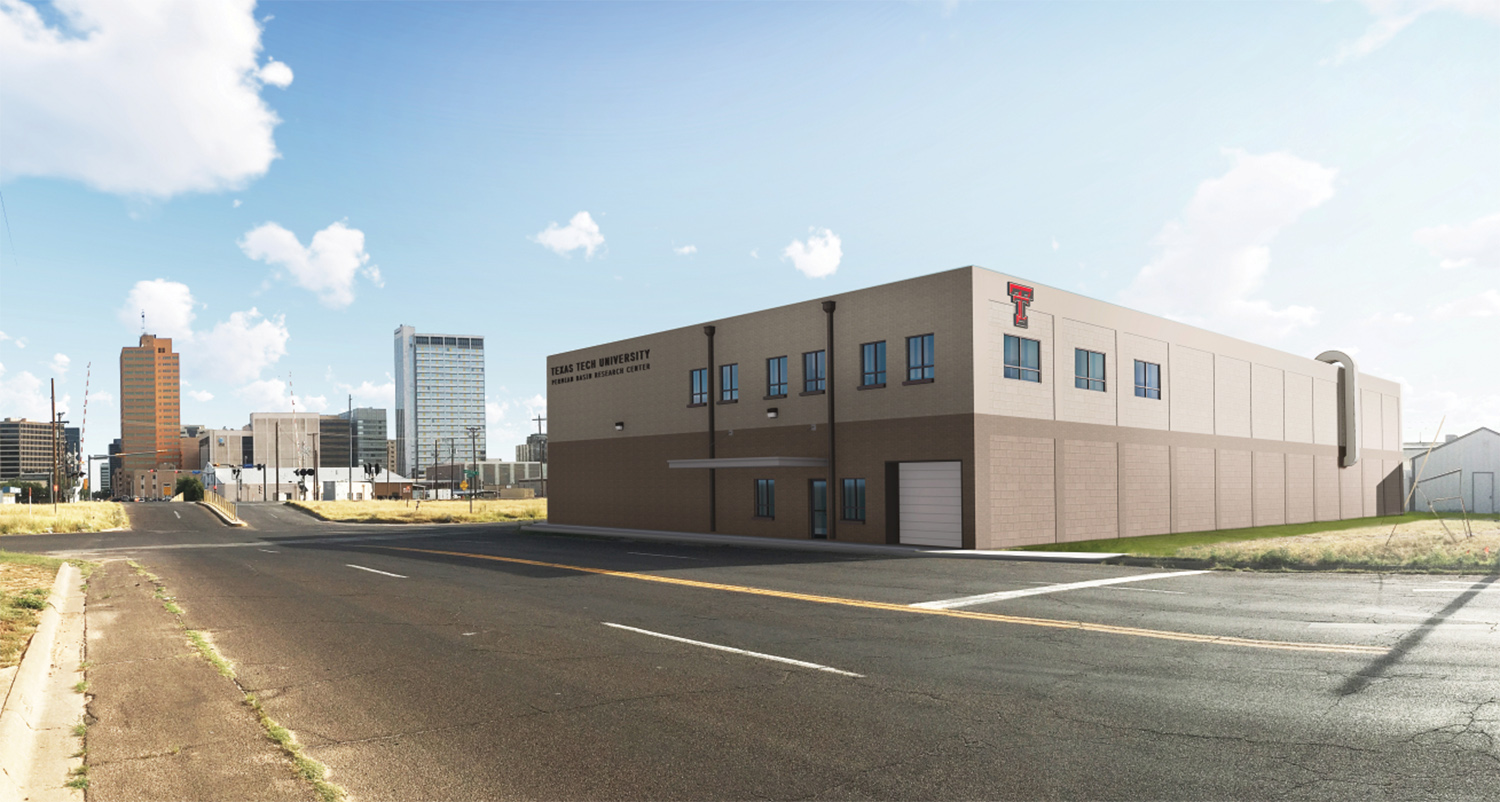 (VIDEO) The new Permian Basin Research Center will provide a collaborative location between Texas Tech, the Permian Basin oil and gas industry and partners throughout the region.

The Permian Basin is the largest oil and gas-producing region in the U.S. and one of the largest in the entire world. Texas Tech University is a Tier One research university that continues to grow its research base throughout the world.

It's only natural the two neighbors should form a partnership to benefit research. Thanks to a generous donation from one of the world's leading oil and gas producers, that partnership is a reality.

Texas Tech and ExxonMobil Corporation have signed an agreement through which the oil company is donating its core facility just south of downtown Midland to Texas Tech. The building, which houses more than 230,000 boxes of rock cores and cuttings taken from oil wells, mostly in the Permian Basin, now will be used as a top-flight research tool for the university.

Known as the Permian Basin Research Center (PBRC) at 503 S. Marienfeld St. in Midland, the building will be the regional hub for research, student training, outreach and industry collaboration for not only oil and gas but in particular for the College of Arts & Sciences and the Department of Geosciences, giving the university an important presence in downtown Midland.

"The Permian Basin Research Center is a central component of the department's strategic plan to expand our research capabilities in the region," said Kevin Mulligan, associate professor and chairman of the Department of Geosciences. "When it's fully operational, the Permian Basin Research Center will be an exceptional facility supporting both fundamental and applied research in the Midland area. The geologic cores provide a window into the past, which will greatly improve our understanding of Earth's history during the Permian and the region's hydrocarbon resources."

The donation of this facility by ExxonMobil started from a conversation three years ago between the oil company and Andrew Frost, a 2006 Texas Tech graduate who was a technical foreman for the company at the time. Frost suggested ExxonMobil donate the facility to Texas Tech to use in research.

Texas Tech researchers now have access to all of the rock and core samples taken by ExxonMobil during the 20th century. Of all the samples currently housed in the facility, 91 percent originated from the 2,679 Permian Basin oil fields.

"This is a gift that will provide educational and research benefits for students and faculty at Texas Tech University," said Lawrence Schovanec, Texas Tech president. "We are grateful to ExxonMobil for this contribution that will further our relationship with the Midland community and our involvement with the oil and gas industry in the Permian Basin."

The PBRC will be led by a director Paul Sylvester, a professor and the Pevehouse Chair of Mineral Geochemistry and Geochronology of Sedimentary Systems. He will be advised by a Geosciences Committee, an advisory board of three representatives from the oil and gas industry and representatives from The University of Texas-Permian Basin (UTPB), the Colorado School of Mines and the United States Geological Survey.

The PBRC will align Texas Tech researchers and students with leaders of the oil and gas industry and elevate the national profile of the Department of Geosciences. It also will provide an academic partnership between UTPB, Midland College and the Midland Independent School District.

In addition to housing current and future samples taken from oil fields in the region, the PBRC will allow research to be conducted through its laboratory space. Core samples will be available to both industry and public access for inspection, imaging and sampling through either an annual subscription service or a case-by-case basis. The laboratory will allow for radiation scanning of newly acquired samples, visual examination, use of ultraviolet light to identify fluorescent minerals and organic material or the use of petrographic microscopes to determine mineral composition.

The PBRC also will include a chemistry lab for experimentation on core samples to determine mineral composition and density and to discover any fossils or organic material separated by acids. It also houses a core scanner lab for measurement, specifically for rock typing, plug selection and data calibration for use in reservoir characterization.

"The PBRC provides Texas Tech University and the Department of Geosciences with a prominent research location in one of the most important and significant oil-producing basins in the world," said College of Arts & Sciences Dean W. Brent Lindquist. "The opportunity for teaching, research and community engagement will be tremendously impactful."