'Yes, We Can Do That': Linda Hoover Led Through Transitions in Human Sciences 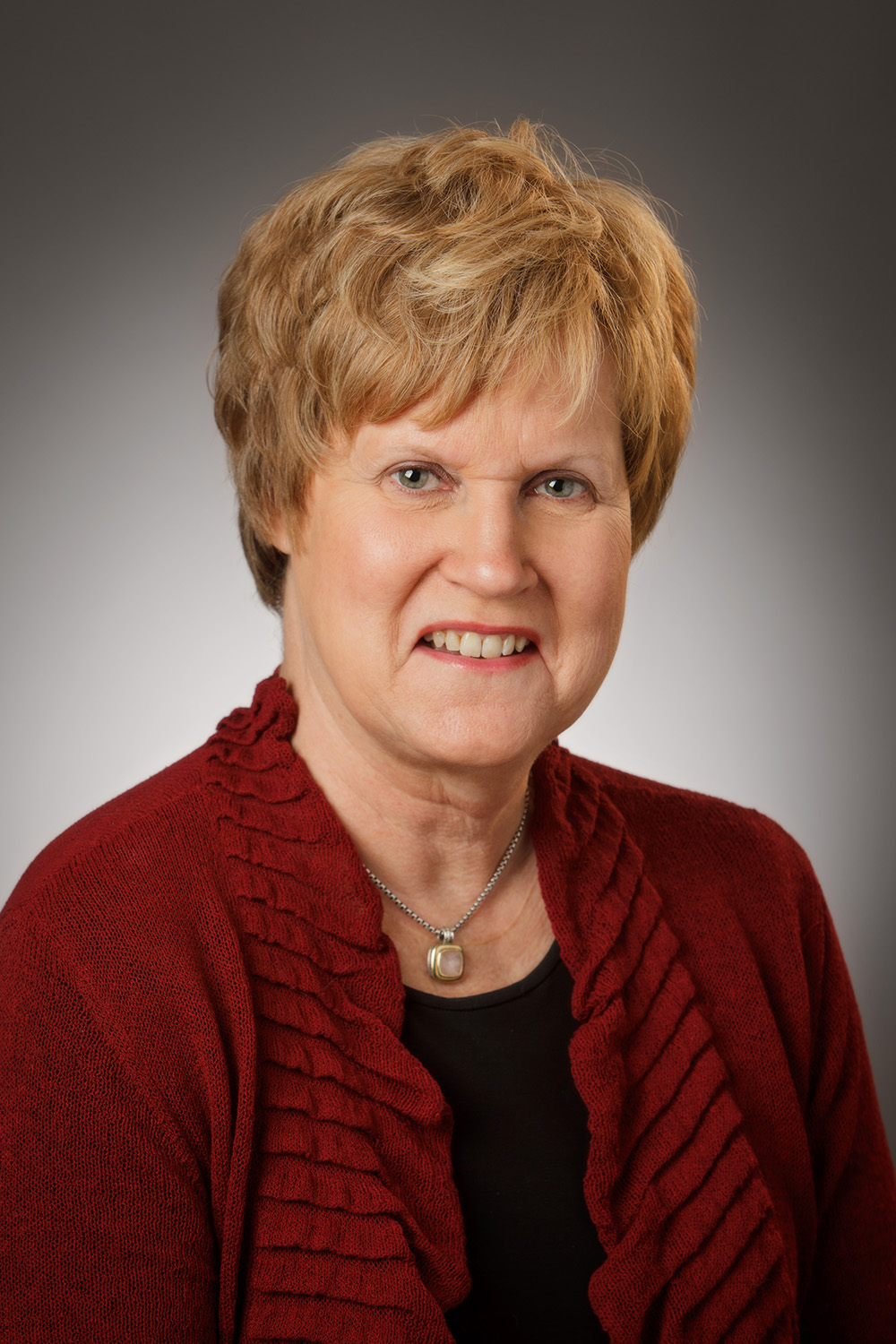 After 19 years as dean, she’s getting back to her first loves: teaching and research.

When Linda Crawford arrived in the Texas Tech University College of Home Economics as an undergraduate student in the fall of 1970, she couldn't know how much of her life she would dedicate to it. She just knew she hadn't ever considered any other place.

After all, her mother, Catherine Crawford, graduated from the College of Home Economics in 1948, and her older sister was already enrolled there, too.

She couldn't know then that her younger sister would follow in all of their footsteps a year later, or that her mother would return to Texas Tech, commuting from Big Spring, to earn her master's degree and doctorate in home economics before the end of the decade.

Nor could she know that 20 years and a new last name later, Linda Crawford Hoover would return to her alma mater as a faculty member in the College of Home Economics.

But she would. In 2001, Hoover would become interim dean of what was by then the College of Human Sciences, and, two years later, the dean outright, overseeing a period of transition for the college. Now, after nearly 19 years as dean, she's passing the baton and transitioning back into teaching.

After almost three decades in service to Texas Tech and its students, she's still not done.

Hoover remembers choosing the College of Home Economics as a no brainer. In addition to Texas Tech's proximity to her home in Big Spring, she was active in 4-H throughout her childhood, so she came to campus periodically for competitions. And, of course, she had family connections here.

"My older sister, my younger sister and I all graduated from this college," she said. "My mother eventually had three degrees from this college, and my brother was in electrical engineering. My dad was an Aggie, but he paid the tuition, so it was just kind of a natural thing."

As the final step of her bachelor's degree in food and nutrition and home economics education, she was required to do an internship in dietetics – a field that focuses on the diet and its effects on health. Because Lubbock didn't have many options for her internship, she looked elsewhere. A requirement at the time also mandated that students could submit only two internship applications, so she had to be very selective.

"Internships were very competitive," she said. "All the dietetic students, we had our heads down, making sure we made good grades. We had some work experience and some leadership experience, so I was accepted at both the places I applied to. I ended up going to the Vanderbilt University School of Medicine, and I was there for a year."

After her internship, she moved to the Dallas area and began working as a registered dietitian in the healthcare industry while completing her master's and doctoral degrees at Texas Woman's University in Denton. While working toward her doctorate, she taught at Texas Christian University in Fort Worth and continued there after finishing her degree.

But at that point, one of Hoover's former instructors at Texas Tech suggested to then-Dean Elizabeth "Bess" Haley that the two should meet. Haley had begun the Restaurant, Hotel & Institutional Management (RHIM) program and was looking to build it.

"I'd been teaching in dietetics and nutrition programs, because I do have a nutrition background, but my area's more of the food-service management side of things, and Restaurant, Hotel & Institutional Management needed someone to teach in that area," Hoover said. "So all of a sudden, it was like, 'OK, I'm moving back to Lubbock.'"

Hoover's parents had moved to Lubbock several years earlier, so returning to Lubbock was, in many ways, like coming home. Perhaps because of her many connections here, Hoover says she never saw it as a stepping stone to her next place.

"I guess my buy-in was different from other faculty members," she said. "I'm not saying they weren't contributing, but it's my college. As I say, my sisters graduated, my mother, so it was a personal thing. I've had aunts here. There was a period of time where I had a lot of nieces and nephews in the college, and my assistant would say, 'You have another niece coming by. She wants to see you.' The college, for us, is kind of a family thing."

One of the things she brought back to Texas Tech was the realization of what a good program she was joining.

"I think the college has always been known for attracting really good faculty members, and I felt very well prepared," she said. "When you go to an internship where people from all over the United States go, you can compare your preparation with theirs, and I realized what a quality program this was."

As a faculty member in RHIM, Hoover helped to craft the graduate program in collaboration with the Graduate School. As its adviser, she created courses and emphasized the role of research.

In January 2001, Haley moved into a new role with the Texas Tech University System, so Provost John Burns asked Hoover to serve as the interim dean of the College of Human Sciences during the search for a permanent dean. Two years later, he asked her to apply for the position outright.

"It took a lot of soul searching, because while I was interim, I could stay engaged with my program area and my students, and I even taught class," she said. "Being the full-time dean is a full-time job, for sure. But I decided it was my time to serve."

Hoover thought about Haley who, she said, put the college in a good position by getting donations and building up the college's endowments.

"She really set us up to be able to make some choices on what we were going to do for programming and in facilities," Hoover explained. "I thought my skills probably matched up with what needed to be done, so I thought, 'OK, I'll do this for five or six years.'"

A time of transition

Nineteen years later, Hoover says she never would have expected to be the dean for so long, but inheriting the college in such a good position gave her the opportunity to do more.

"As a dean, you always build on what the previous dean did," Hoover said. "I took where the college was, which was in a really good position, and just was open to opportunities that came along. I realized pretty early on my job was to say, 'Yes, we can do that.'"

During her tenure, she's overseen some big projects in the college. She oversaw the transformation of the former university bookstore building into the new home for the Center for the Study of Addiction and Recovery (CSAR) and the Child Development Research Center (CDRC), which previously had been housed in the two-story Home Management House.

"The CDRC and CSAR would be, from a dollar standpoint, definitely the largest projects we had," she said. "There was a lot of competition for the bookstore building. In the meeting where we said why we wanted it, I just said, 'We have a child who has a broken leg, and we have to carry him up the stairs. We have students in recovery, and they're sitting on the floor of a small office. Those are two populations we really need to take care of.'

A greater focus on research was another big change during Hoover's time as dean.

"While our college has always been really well respected, we really weren't at the table in terms of research until about 10 years ago, when the university said, 'OK, we are going to increase our research; we're going to put some resources there,'" Hoover said. "We were one of the five colleges they pulled together. That really changed the face of the college, quite frankly."

She says the transition wasn't always smooth – particularly with faculty who weren't used to the new way.

"The senior faculty were hired by a completely different university, so we worked with them to try to get them involved in ways that they could contribute," Hoover said. "We were very careful with new hires, telling them the expectations. Turning the ship around, you can't just do it automatically; it happens over time."

She recalls an instance within the first few years of her deanship when the college's business manager said, "OK, now we've got everything in place. No more changes."

The needs of today, as it turns out, are exactly why she's stepping down as dean after almost two decades and passing the reins to interim dean Tim Dodd.

"The energy required to be dean is immense, and that started being somewhat of a challenge for me," Hoover said. "Plus, I saw a department that could benefit from my skills and my contributions. So it was kind of just easy; it wasn't an agonizing decision. It was just like, 'OK, it's time.'"

After spending the fall on development leave, she'll start back as a faculty member in the Department of Nutritional Sciences in January. She's excited to get back into the classroom and the lab.

"When I was a faculty member, I worked a lot with colleagues in agriculture and we did projects together," she said. "What we did evolved into the International Center for Food Industry Excellence, so I'd like to get back into that. We did a lot of really neat things, and we're talking about some neat things again."