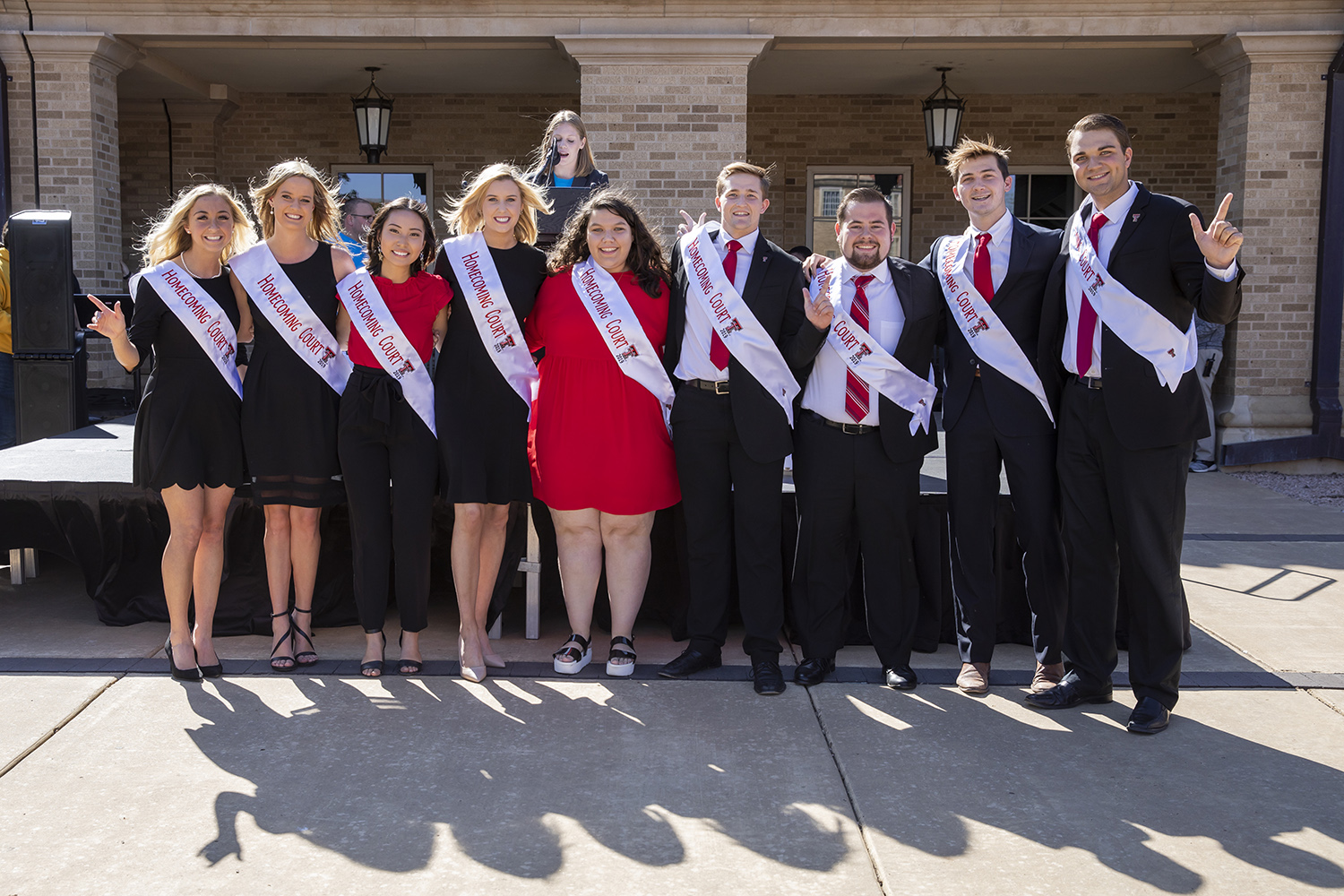 Ten Texas Tech University students will take the field at halftime Saturday before the king and queen are crowned.

The 2019 Texas Tech University homecoming court was announced today (Oct. 18) at the Rowdy Raider Rally before the football game against Iowa State University on Saturday (Oct. 19).

The 2019 homecoming king nominees are:

The 2019 homecoming queen nominees are:

The top 20 candidates were announced Tuesday (Oct. 15) during Student Organization Sing after a review of candidates' resumes. The number was narrowed down to five king and five queen candidates after an interview process.