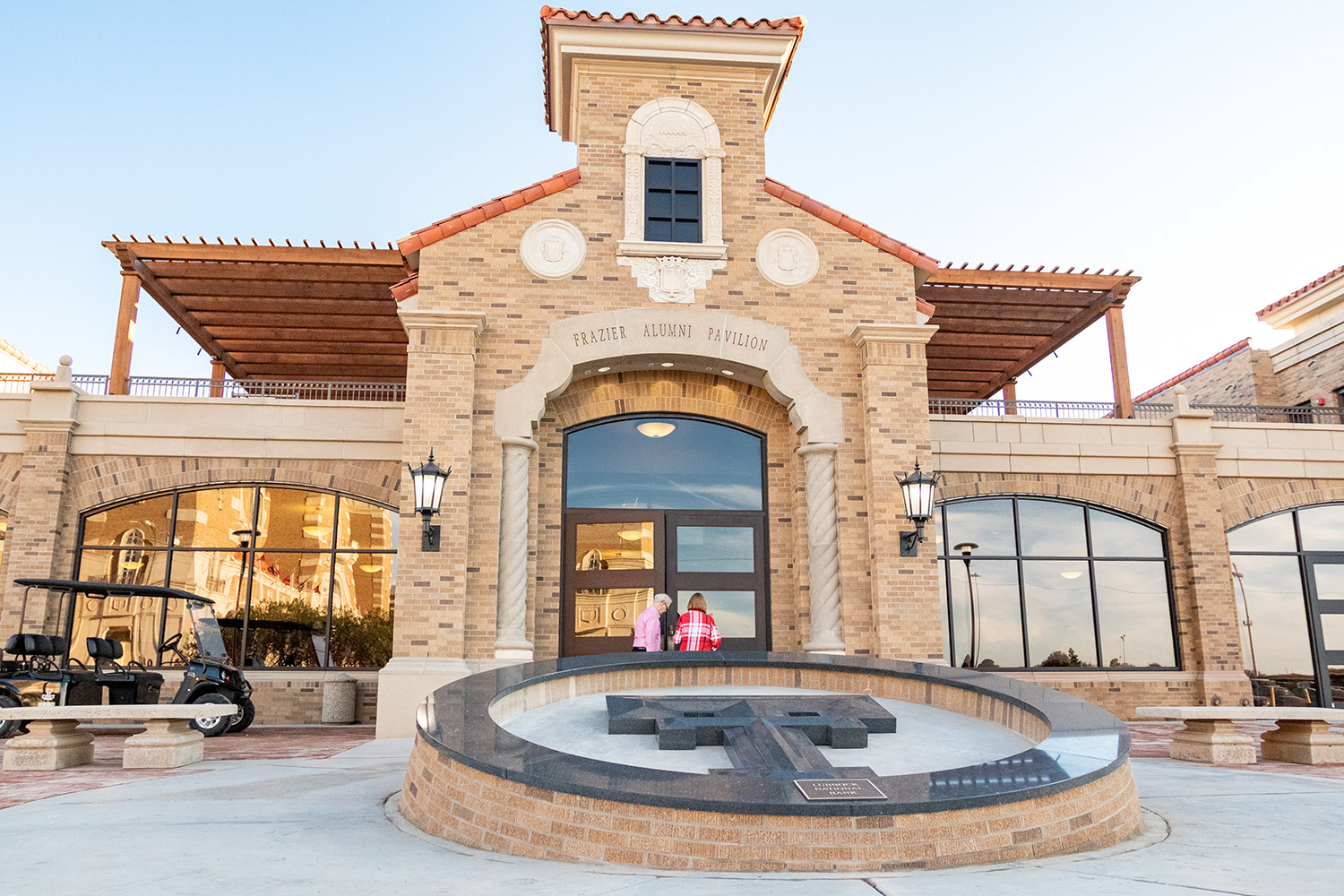 The event marked the completion of the $6 million facility expansion across from Jones AT&T Stadium.

It was an evening of celebration for the Texas Tech Alumni Association (TTAA) as it hosted a ribbon-cutting ceremony for the Frazier Alumni Pavilion on Thursday (Oct. 17).

The event served as an opportunity for donors, current and former TTAA National Board of Director members, Texas Tech University administration and staff and distinguished guests to gather to mark the ceremonial opening of the renovated facility.

"We are so proud of this facility and what it represents not only to our members, but the entire Texas Tech community," said Chris Snead, TTAA vice president of operations. "We could not have done this project without the support of a number of stakeholders beyond our National Board of Directors."

The $6 million "Building on Tradition" capital campaign to expand the pavilion relied exclusively on the contributions from donors to support the project.

"The total number of supporters to this project shows how alumni feel about this facility," said Nathan Nash, TTAA National Board member and chairman of the Frazier Alumni Pavilion expansion committee. "We are so thankful for our lead donors who made tonight possible, as this project would not have gotten off the ground without them. They saw the vision and the meaning behind the expansion, and we greatly appreciate them and all the donors."

The expansion adds 16,000-square feet to the facility, originally built in 1999, allowing for more alumni to enjoy the Frazier comfortably with more room. Additions include a 4,200-square-foot event area with an upstairs terrace and north and south entrance vestibules. Also, part of the project is a catering kitchen that is three-and-a-half times the size as before, as well as a state-of-the-art sound system.

"While the pavilion is built with brick and mortar, it's about family – our tribe, old and new friendships and the common bond we all share as Red Raiders," said Curt Langford, TTAA president and CEO. "The thousands of names in and around the pavilion reflect the stories and their passion for Texas Tech."

Well known for being a gathering place for Red Raiders on game day for the TTAA's pregame parties, the Frazier Alumni Pavilion regularly plays host to other events such as campus group meetings, high school proms, weddings, banquets and more.

To learn more about the project, or to be part of the expansion by making a gift, visit www.texastechalumni.org/frazier-expansion.