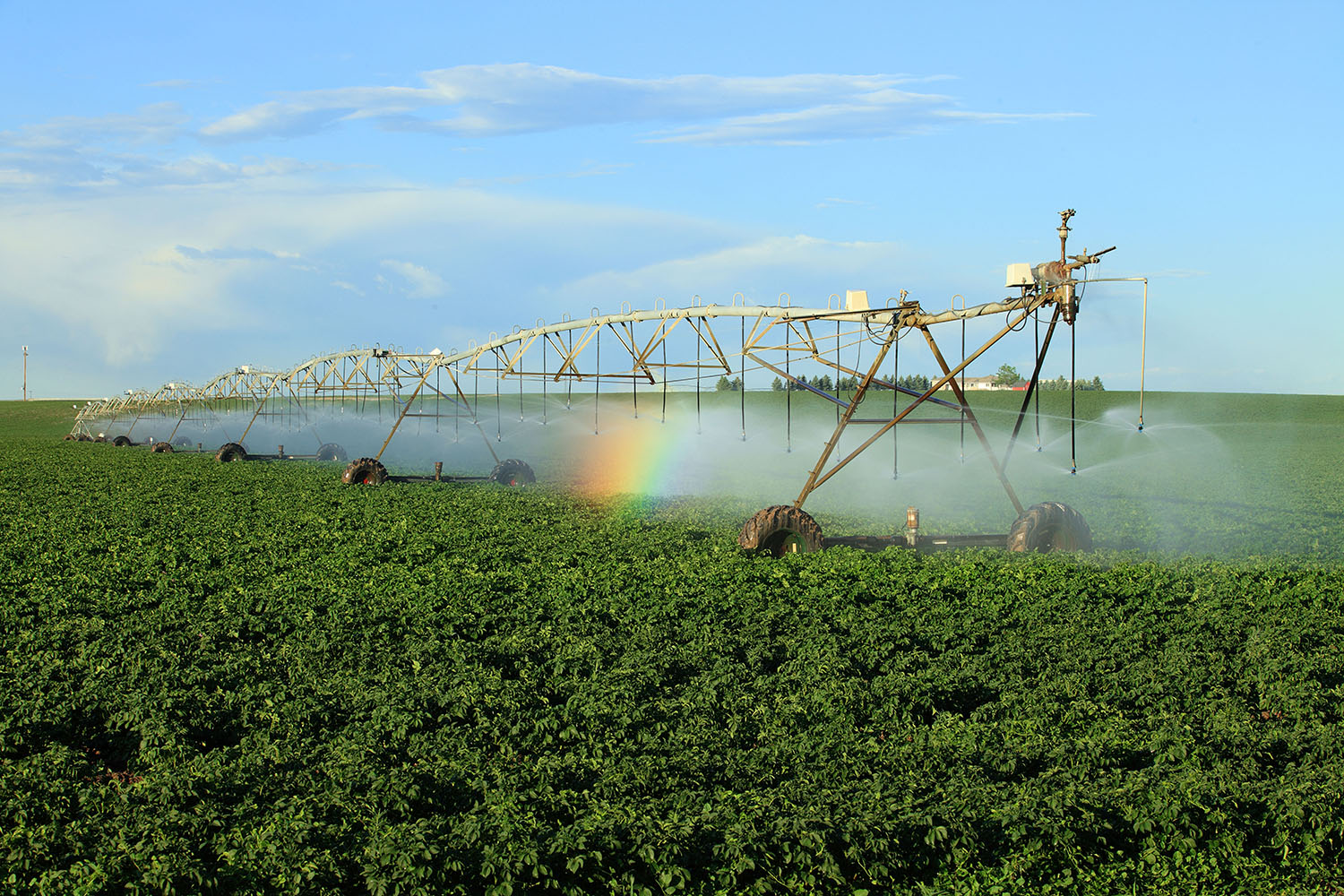 The continued funding will go toward investigating practices to improve water use efficiency over the Ogallala Aquifer.

A group of researchers in Texas Tech University's College of Agricultural Sciences & Natural Resources (CASNR) recently received funding from the United States Department of Agriculture (USDA) as part of a continuing cooperative agreement on the efficient use of water in agriculture.

Led by Chuck West, Director of the CASNR Water Center and the Thornton Distinguished Chair in the Department of Plant and Soil Science, the consortium was awarded $213,568 from the USDA's Agricultural Research Service (ARS) to conduct studies specifically targeted for water efficiency practices on the Great Plains of the U.S. that lie over the Ogallala Aquifer, a major source of irrigation for crops and livestock.

The funding comes from the USDA Ogallala Aquifer Program, which has provided funding to Texas Tech, other schools and the USDA Agricultural Research stations in Lubbock and Bushland since 2003.

West said the most recent funding for Texas Tech will go toward continued support of research on economic and policy issues bearing on groundwater use, soil health under cover crops, irrigation scheduling of vineyards and the use of prickly pear as a forage crop. New research projects being funded include answering questions about precision irrigation and adding biochar, a charcoal used for soil enhancement, to the soil to increase water use efficiency of cucumbers and sweet corn crops.

"The wide variety of topics contributes to conserving groundwater and diversifying the types of crops grown to increase sustainability of agriculture and rural communities," West said.

The Ogallala Aquifer, an underground water source that stretches from the Midland-Odessa area of West Texas and eastern New Mexico through eight states into southern South Dakota, is a declining source of fresh water used both in domestic consumption and agriculture use. The aquifer region accounts for 30 percent of the total crop and animal production in the U.S., and more than 90 percent of the water pumped from the aquifer is used for agricultural irrigation.

West said Texas Tech and CASNR have a long record of leadership in research and education related to the Ogallala Aquifer. The aquifer supports a multi-billion dollar agriculture industry, which is a vital employment and revenue foundation for both urban and rural areas in West Texas.

Texas Tech and the CASNR Water Center have a long history of leading research about the Ogallala Aquifer. This research team in 2013 was awarded the USDA Secretary's Honor Award in the category of Enhancing Vitality and Quality of Life in Rural America by the Ogallala Aquifer Program.

In 2016, West led a contingent of researchers from Texas Tech that was part of a $2.4 million study led by Colorado State University designed to examine the long-term sustainability of the aquifer.