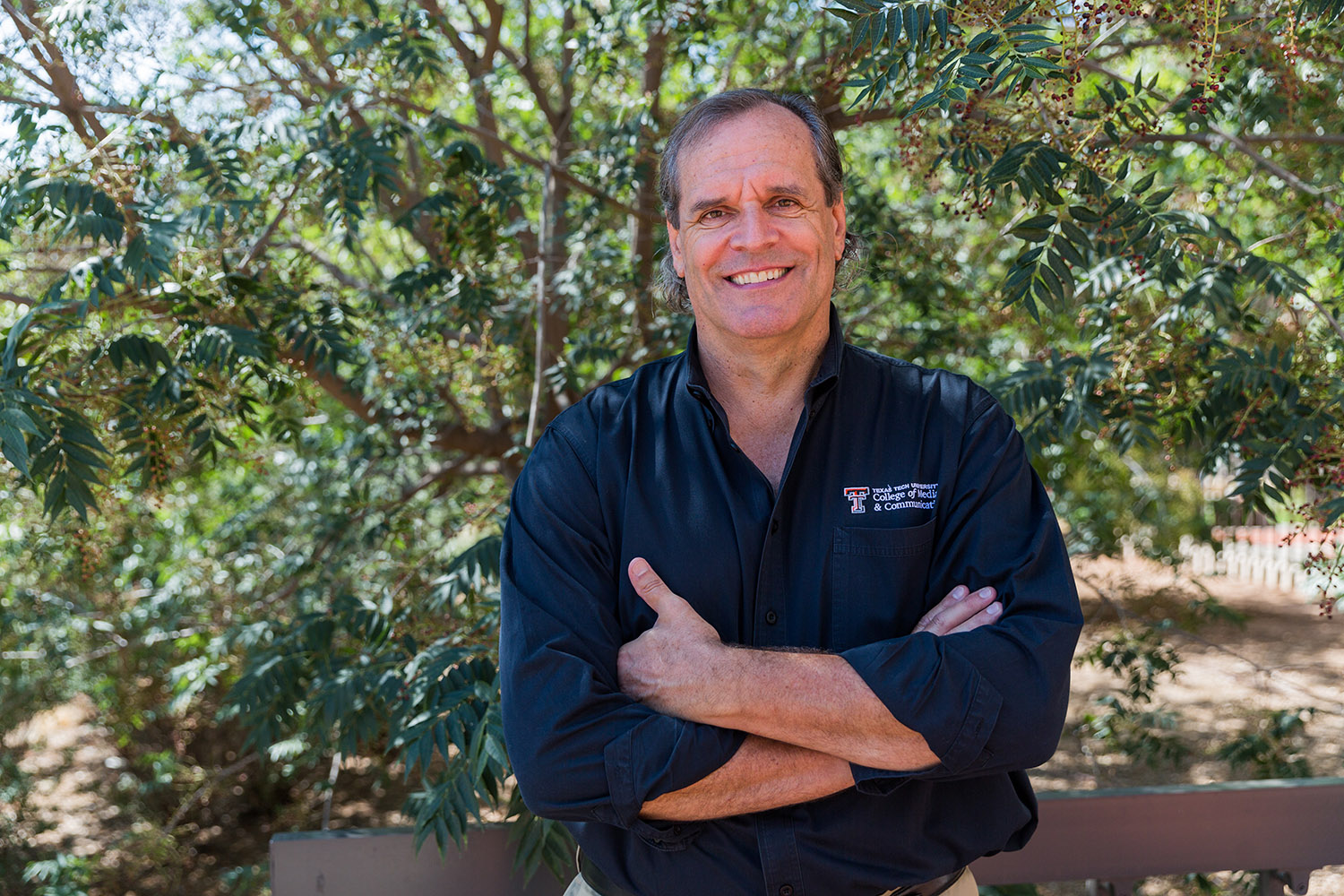 As the demographics of Texas and the U.S. become more diverse, the way people communicate with each other and those of different backgrounds are changing.

At Texas Tech University, the Thomas Jay Harris Institute for Hispanic & International Communication (HIHIC) in the College of Media & Communication promotes a better understanding of Hispanic-related and international media, an area that continues to change, just like the U.S. population.

The Harris Institute has affiliates from Texas Tech, the local community and partners around the world who teach, conduct research and complete service projects to encourage intercultural awareness.

"There's strength in diversity," said Kent Wilkinson, director of the Harris Institute. "It's not just about the usual markers or metrics we use. It's also orientation, background and interests that, if you get the right combination, can be really powerful. We're hoping to do that with our teaching, research and service."

The institute first opened in 2006, but changed its name in 2013 after a generous gift from the estate of Thomas Jay Harris, a former editor of the Lubbock Avalanche-Journal who was an advocate of international education. Wilkinson has been leading the institute since its inception, and his background in Hispanic and international communication has been essential to its success.

Before coming to Texas Tech, Wilkinson lived in various parts of the world, including Monterrey, Mexico, and Peru. He also lived in Chile and worked at the Universidad de los Andes in Santiago as a Fulbright Scholar. He said his connections with Latin America and the Spanish language have been essential in understanding the media industry, the Hispanic population and the media audience in the U.S.

His background has helped lead the charge for a number of research projects and cross-cultural learning opportunities, which have increased the awareness and acknowledgement of the Hispanic culture at Texas Tech.

"The institute has been helpful for the university because we've raised the visibility of Hispanic and international communication," Wilkinson said.

As the Hispanic population in the state grows, the culture is shifting slightly, Wilkinson said. More Hispanics are being born in the U.S. rather than immigrating from Latin-American countries.

"There's this close connection between the U.S.-Spanish language sector and other parts of the world," Wilkinson said. "More recently, what's really driving the growth of the Hispanic and Latino population in the U.S. is the birth of people in the U.S., not immigration. So that's a different dynamic in terms of young people growing up bilingual, bicultural and having different connections and orientations toward their country of origin, but really being socialized in the United States as U.S. Latinos."

This increase in population also is seen at Texas Tech, where Hispanic enrollment continues to increase.

In 2019, Texas Tech was designated a Hispanic-Serving Institution, a milestone reflecting decades of work across campus to increase enrollment and employment among historically underrepresented groups. Wilkinson said the diversity of Texas Tech and the success of the Harris Institute are directly related.

"There's a broader recognition of what we're doing and the importance of Hispanic and Latino communities," Wilkinson said. "We're excited to be at a university that's growing, dynamic and moving toward more closely reflecting the demographic profile of the state."

As part of the Harris Institute's effort to encourage intercultural awareness, Wilkinson said affiliates work with colleagues from Texas Tech and around the world. They also partner with various on-campus organizations, including the Latino Hispanic Faculty and Staff Association (LHFSA) and the Hispanic Student Society.

Harris Institute affiliates also help establish relationships with international universities, such as the Universidad Panamericana (UP) in Guadalajara, Mexico. In recent years, College of Media & Communication faculty have taught short courses there. The Harris Institute also is arranging a visit in November by UP students who are developing a collaborative research project with Texas Tech students enrolled in Wilkinson's Hispanic media course this semester.

"The work we do here can be a bridge within the Latin-American region and across into cultural diversity," Wilkinson said.

The Harris Institute hosts a variety of events to promote diversity and encourage discussion about Hispanic and international culture, including being partners with Civil Counterpoints: A Campus Conversation Series and hosting two annual events each spring. The Harris Distinguished Lecture series brings an expert on some area of international or Hispanic communication to Texas Tech. The TTU Hispanic/Latinx Research & Creativity Symposium showcases work from Texas Tech faculty and graduate students on the U.S. Hispanic and Latinx populations.

The institute is co-sponsoring a Community Conversation on Immigration this semester with Rice University's Center for the United States and Mexico. The event will take place at 5:30 p.m. Oct. 14 in the Matador Room of the Student Union Building (SUB).

Most events the Harris Institute hosts includes a reception so members of the Texas Tech and Lubbock communities can learn about a topic and interact with visitors on a more personal level. Wilkinson said this is an opportunity for people of different backgrounds to come together and learn about the Hispanic culture.

"This country is in a difficult place right now, and it's partly due to bad relationships," Wilkinson said. "We think it's important that faculty and staff, and especially students, have an opportunity to reflect on their own identity and how they're related to others. What diversity constitutes, is not just gender, ethnicity, race or sexual orientation. It's also in terms of ideas, perspectives, points of view, value systems and religion. I think the best way to become more educated, more aware and more appreciative of that is through interaction with people who are different than you.

"If we can do that in a civil way and in a supportive environment, I think people are more likely to take that through their personal and professional lives as something they understand and value."

Wilkinson said the more people get involved in group interactions and conversations with diverse people, the more understanding they will become. Moving forward, the Harris Institute and its affiliates will continue working to create awareness and acceptance of diversity within the Texas Tech and local communities so these interactions are more common.

"There's strength in diversity, and this is a place where you can come and celebrate who you are and your own identity," Wilkinson said, "but you also can learn about others and how to interact with each other."