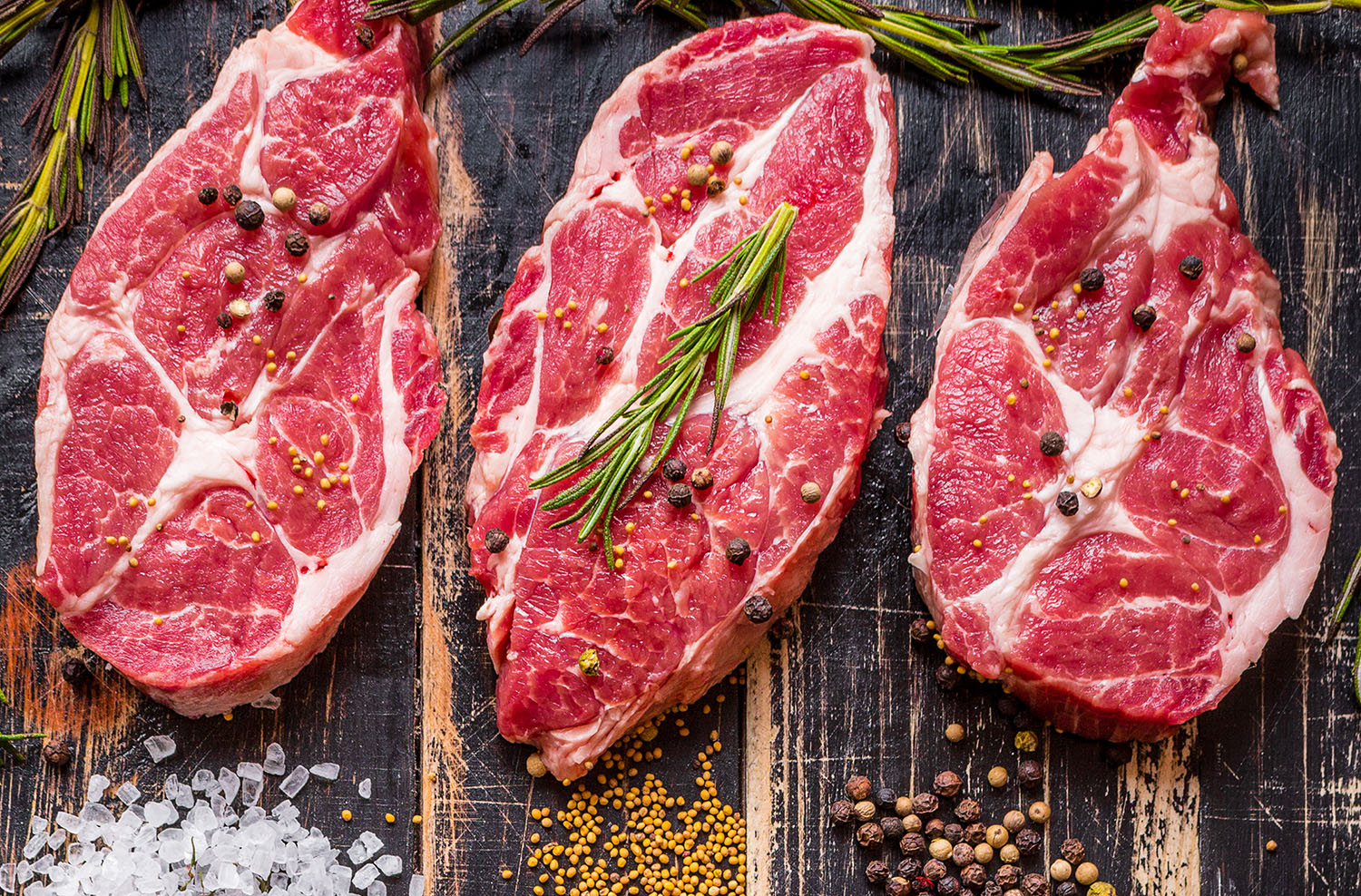 Brad Johnson in the Department of Animal & Food Sciences received a USDA grant to investigate how activating a receptor makes for healthier beef.

The desire to find the juiciest piece of beef, be it a steak or ribs or roast, isn't limited to just the restaurant and how it is seasoned or cooked. It starts well before that.

It begins when the cattle are still alive, still being raised and fed, and how and what they are fed. The more ranchers can increase the marbling in beef cattle, the better the beef and the higher the price it can fetch at auction or when it is sold. But increasing the marbling in beef is a tricky undertaking with numerous factors in play.

Brad Johnson, the Gordon W. Davis Regent's Chair in Meat Science and Muscle Biology in the Department of Animal & Food Sciences at Texas Tech University, hopes to unlock one of those secrets to beef marbling without making the cattle fatter and unhealthy.

Thanks to a $239,693 grant from the United Starts Department of Agriculture (USDA), Johnson, a professor in the College of Agricultural Sciences & Natural Resources, and other researchers hope to identify the means by which development of intramuscular adipose tissue, or marbling, can be promoted without also increasing subcutaneous adipose tissue, or back fat.

The grant is sponsored by the USDA's National Institute of Food and Agriculture's (NIFA) Cooperative State Research Education and Extension Service and the Texas AgriLife Research.

"This research would improve the sustainability of beef production worldwide if we can find novel ways to improve marbling without increasing the obesity or adiposity of the cattle," Johnson said.

The key, according to Johnson, could lie in activating a key receptor, the G-coupled protein receptor (GPR43), that is significantly present in intramuscular adipose tissue but not in subcutaneous adipose tissue.

"If we can find the ligands that bind to the receptors that activate the response in intramuscular adipose, it won't have the same effect in subcutaneous because it is lacking that receptor," Johnson said.

In recent research, Johnson and fellow researchers have discovered that oleic acid, a fatty acid that has been shown to have positive effects on human health, such as controlling cholesterol and reducing cardiovascular issues, strongly affects GPR43 activation. They hypothesize that oleic acid could be the key ligand that binds to the GPR43 receptors, therefore increasing lipid accumulation in adipose tissue, or increasing marbling in beef without activating subcutaneous adipose tissue.

For this research, Johnson will use different models to test the hypothesis, both in the laboratory with cell culture models and also with cattle themselves during different stages of growth. Johnson's lab has the ability to grow both intramuscular adipose tissue and subcutaneous adipose tissue in order to test the theories.

"We will do a lot of comparing and contrasting of different factors and look at different novel compounds," Johnson said. "We will see how they respond and are able to turn on marbling adipose. It is a multifaceted approach using beef cattle and also cell culture techniques."

If successful, Johnson said, an increased understanding of the differences between the two types of adipose tissue could lead to specific technologies that would increase marbling without compromising the health of the cattle, and do so in a way that is financially advantageous for cattle ranchers and beef producers.