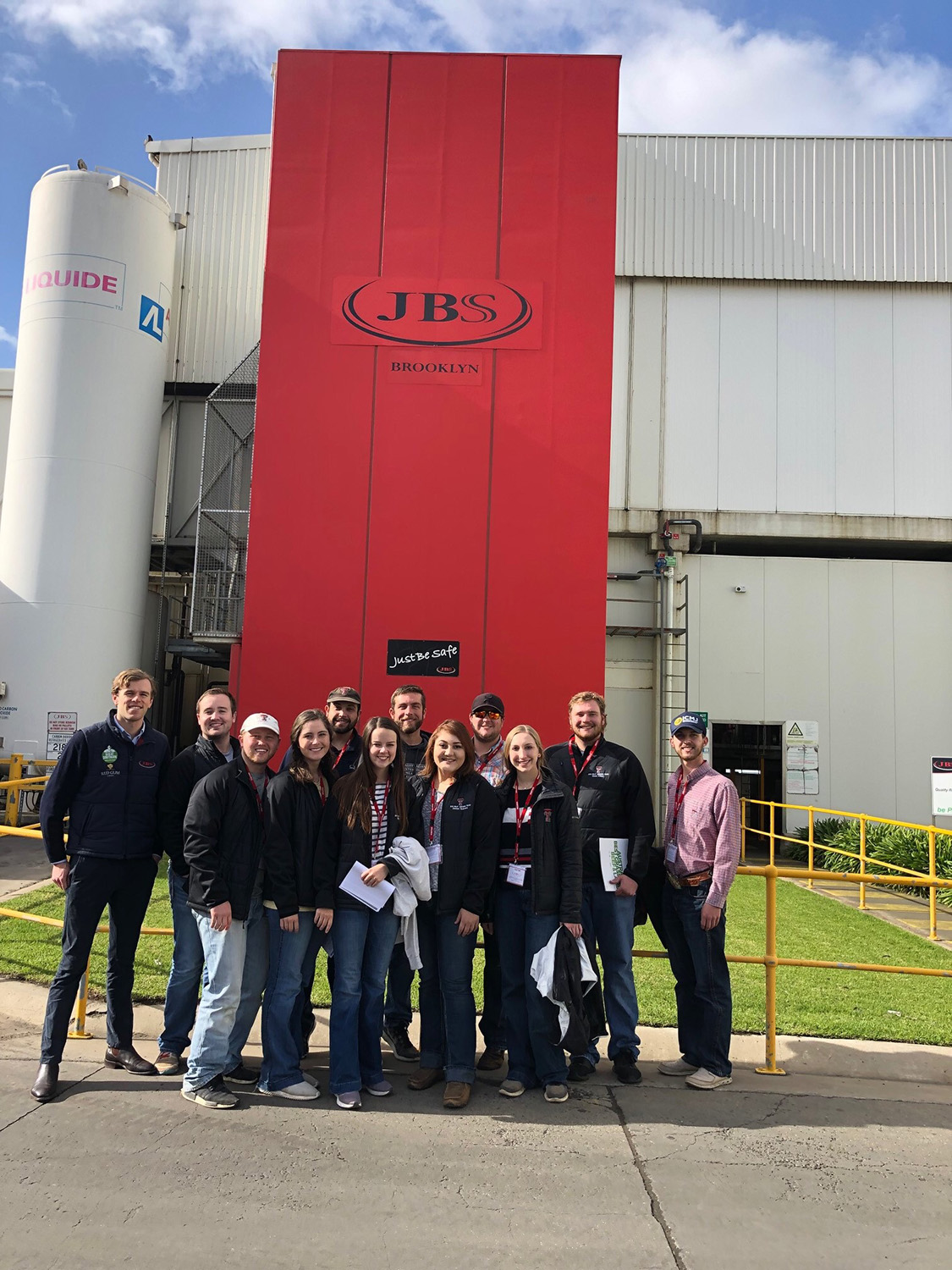 The team from Texas Tech recently took the championship at the Australian Intercollegiate Meat Judging Association conference and workshop in July.

In conjunction with the Texas Tech Agricultural Day football game against the University of Texas-El Paso, we take a look back at some of the achievements and influential research that makes Texas Tech a world-leader in the agricultural industry.

As the fall semester at Texas Tech University gears up, the Meat Judging Team in the Department of Animal & Food Sciences will once again be considered an odds-on favorite to capture another intercollegiate national championship.

While it pursues its 14th crown, they can add a unique distinction to its list of accomplishments – a world championship.

It was an opportunity to not only test their skills on an international stage but also learn the differences in terminology and education between U.S. and Australian meat quality standards.

"In the U.S., the judging competitions are solely about competing, while ICMJ was more geared toward learning about the Australian meat industry and giving the attending students the opportunity to find jobs and network," said team member Jacie Henefey of D'Hanis. "I spent time meeting students from different universities from Australia, Japan and Indonesia. I also heard from some great speakers at the conference who gave me a better picture of the agricultural and meat industries from a global perspective. All in all, it was an unforgettable experience."

In terms of the competition part of the experience, the Texas Tech team had to adjust to several changes from the way Australian judging competitions are held and what they are used to in the U.S.

First of all, the Australian competitions are more laid back and happen over a two-day period. Secondly, Texas Tech team members had to learn different terminology for select cuts of meat that differ from what they are accustomed to calling them. Also, the days prior to the competition are usually spent practicing and drilling, whereas in Australia, it's more about a relaxed atmosphere, forcing the Texas Tech team to get in most of its practice time before departing for Australia.

"The atmosphere of the contest was much more relaxed and enjoyable than that of our regional contests throughout the year, and there were so many networking opportunities for us to take advantage of," said team member and Slaton native Grant Kitten. "The competition was fairly similar in the way classes and rotations were set up. However, converting to a different version of judging was a little tough. Small things like measuring in the metric system instead of the U.S. system and changing some terminology were a bit tricky. With practice, it was not too hard to pick up the Australian way of judging."

Perhaps the biggest difference in the competition from those in the U.S. was the networking opportunities students experienced, not only with other students, but with industry leaders as well. This helped give students a better idea of agricultural standards and practices in different parts of the world, and that was reflected in their requirements when judging during this competition.

"Like most of our team members, I went into this with no idea of what to expect," said team member and Aztec, New Mexico, native Sheri Halsted. "I knew I wanted to see the major difference in our two agriculture industries, but I also was so excited to just explore another country. Honestly, I didn't know what I didn't know, I thought all agriculture around the world was similar, and I was definitely wrong. Each country has such a different approach to each challenge, and this trip opened my eyes to many different ways to reach one common goal."

Other members of the Meat Judging Team who competed in Australia are:

Not only did the students gain valuable insight and experience they can take with them into future competitions and beyond, but the experience also forced the judging team coaches to be on point with their instructions.

Cole Perkins, who coached the team along with fellow graduate student Tommy Fletcher and San Antonio Stock Show and Rodeo Distinguished Chair in Meat Sciences professor Mark Miller, said the different Australian cuts of meat forced him to make sure he knew the cuts before passing that knowledge to the team members. He also had to be sure he understood the differences between Australia and U.S. in terms of grading and contest components.

"The grading system is quite different and more complex than that of the United States," Perkins said. "This required me as a coach to learn how to make the calls and make sure I was accurate as an official before I could ever teach the students how to properly evaluate during the competition. I know it tested my ability as a coach, and I know many of the students had a tough time learning the new material."

The competition also gave those on the judging team a new appreciation of what it takes to be successful in any kind of environment and an idea of the skills necessary going forward, whether that's in future competitions or what will be required of them in employment opportunities upon graduation.

It also is an experience that can be passed down to subsequent judging teams to give them an idea of how to raise their game – which is bad news for all the other collegiate meat judging teams out there.

"With meat judging, the physical aspect is not a part of the equation, so our success is solely reliant on our mental toughness," Henefey said. "You can be the most confident, well-practiced judge/competitor, but if you lack the mental toughness to stay focused and handle the challenge in front of you, it's over. To have the added challenge to adapt to a different country's industry standards in an unconventional environment and come out as the champion team was definitely a confidence booster for myself and the team."