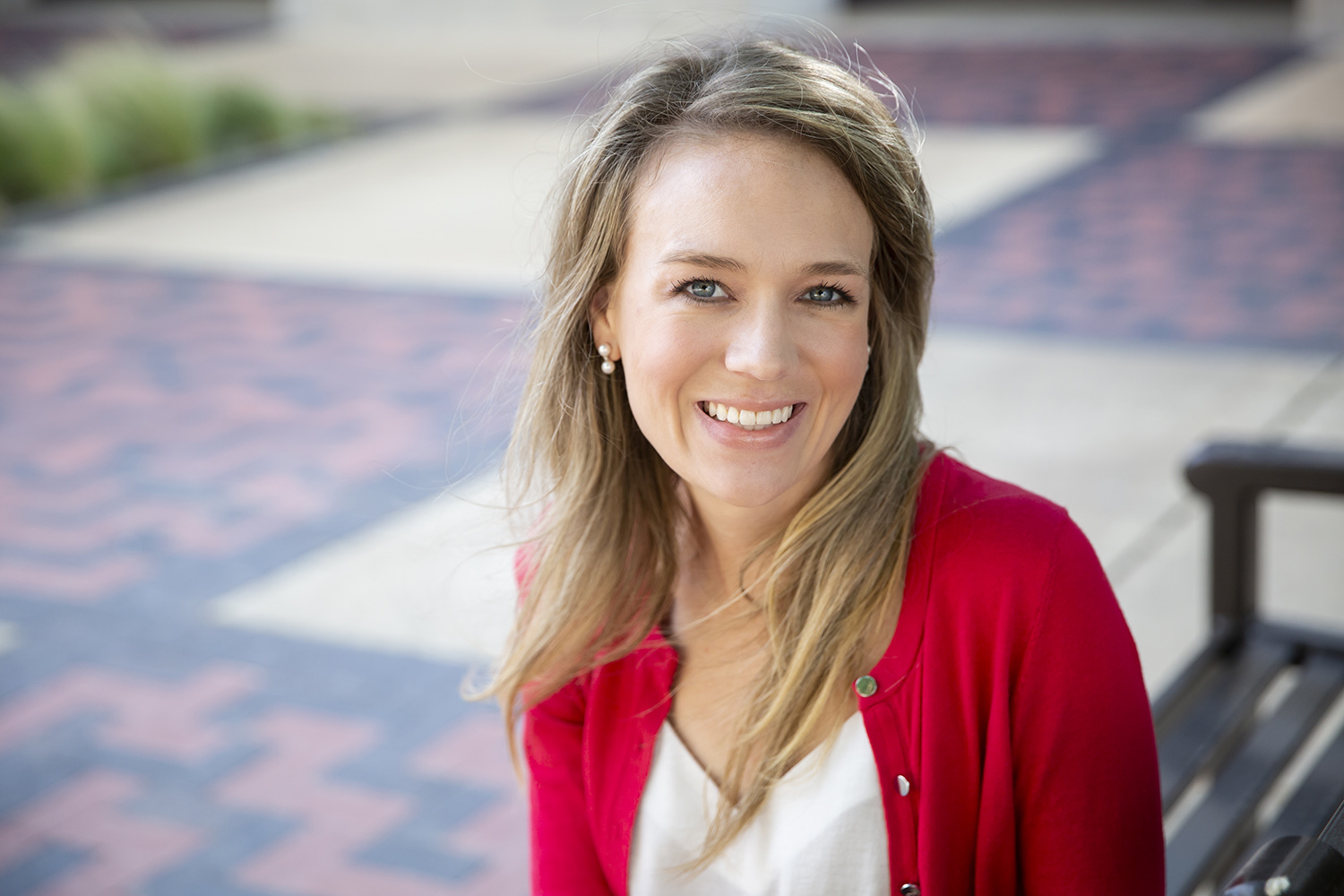 Kembra Albracht-Schulte examined which specific biomarkers are associated with fatty liver disease through an international collaboration.

According to the Centers for Disease Control and Prevention (CDC), being overweight or obese can lead to a plethora of health issues, such as high blood pressure, high cholesterol and coronary heart disease. Another potential complication is nonalcoholic fatty liver disease, which occurs when too much fat is stored in the liver.

"People who live in Asia tend to have metabolic complications, like fatty liver disease, even though their body mass index (BMI) may not be as high as their Western counterparts," Albracht-Schulte said. "BMI is a useful indicator of chronic disease risk; however, the association between BMI, total body fat percentage and body fat distribution – around the midsection versus the hips – varies among different ethnicities."

Eicosapentaenoic acid (EPA) is an omega-3 fatty acid found in fish oil. Albracht-Schulte sought to determine if incorporating EPA into a high-fat diet would impact the liver.

"We found that if we fed the animals a high-fat diet for six weeks, then switched them to a high-fat diet enriched with EPA for five more weeks, EPA reversed the liver damage," Albracht-Schulte said. "Even though they were eating a high-fat diet and were overweight, their livers were healthier and had less fat accumulation. We believe our findings could be important for individuals with fatty liver, especially those who live in Asia, since our findings were independent of body weight."

Albracht-Schulte collaborated on the project with a team led by Nishan Kalupahana, a professor in human nutrition and faculty of medicine at the University of Peradeniya in Sri Lanka and an adjunct professor in nutritional sciences at Texas Tech. They looked for non-invasive means to identify indicators of fatty liver disease progression in the South Asian population.

Nonalcoholic fatty liver disease occurs along a spectrum. Fatty liver, or the accumulation of fat in the liver, is the first stage, which can progress to nonalcoholic steatohepatitis, where damage occurs from inflammation and collagen. Eventually, the disease can progress into cirrhosis or liver cancer if not treated.

"A biopsy is the gold standard for diagnosing fatty liver disease," Albracht-Schulte said. "Dr. Kalupahana, myself and the NIOR team thought it would be interesting to find non-invasive biomarkers or indicators of fatty liver disease progression in the South Asian population, since progression of the disease is linked with increased mortality."

"We found that waist circumference was the easiest non-invasive way to tell if they may be at risk for fatty liver disease," Albracht-Schulte said. "Our findings are in agreement with research that suggests that South Asians develop abdominal obesity earlier than their Western counterparts due to inefficient fat storage. Typically, excess calories are first stored subcutaneously, between the skin and muscle, and then viscerally, or around the midsection and vital organs. However, for South Asians, the fat stored around the midsection can more easily be fluxed to the liver, contributing to this disease."

Fatty liver disease certainly isn't the first complication of unhealthy eating habits that comes to mind, considering heart disease is the leading cause of death in the U.S., according to the CDC. Albracht-Schulte decided to pursue this avenue because of all the complications that go along with fatty liver disease.

"I owe a lot to Dr. Naïma Moustaïd-Moussa, who chaired my dissertation, and to Dr. Latha Ramalingam, who was my dissertation co-chair," Albracht-Schulte said. "Dr. Moustaid-Moussa led the way, and Dr. Ramalingam, who is a research assistant professor under Dr. Naima, walked me through the steps. And, of course, I am grateful to Dr. Kalupahana for allowing me to engage in this international collaborative research, which was funded in part by research seed grants from the Office of International Affairs and the College of Human Sciences."

She hopes to continue her work to look into the diets of people in the U.S. and the added benefits of physical activity.

"I've submitted proposals to several funding agencies that look at combining fish oil with exercise in both animal and human studies," Albracht-Schulte said. "The focus of the project is on the role of the gut microbiome, or the bacteria in the gut, and how it may impact metabolic risk associated with obesity in response to fish oil and exercise. If I can get that funded, then I'd really like to do another collaborative project with Dr. Kalupahana to compare how these interventions impact diabetes, heart disease and fatty liver in people in the United States and Southeast Asia."