Profiles in Fostering a Diverse and Inclusive Community: Debra Crosby 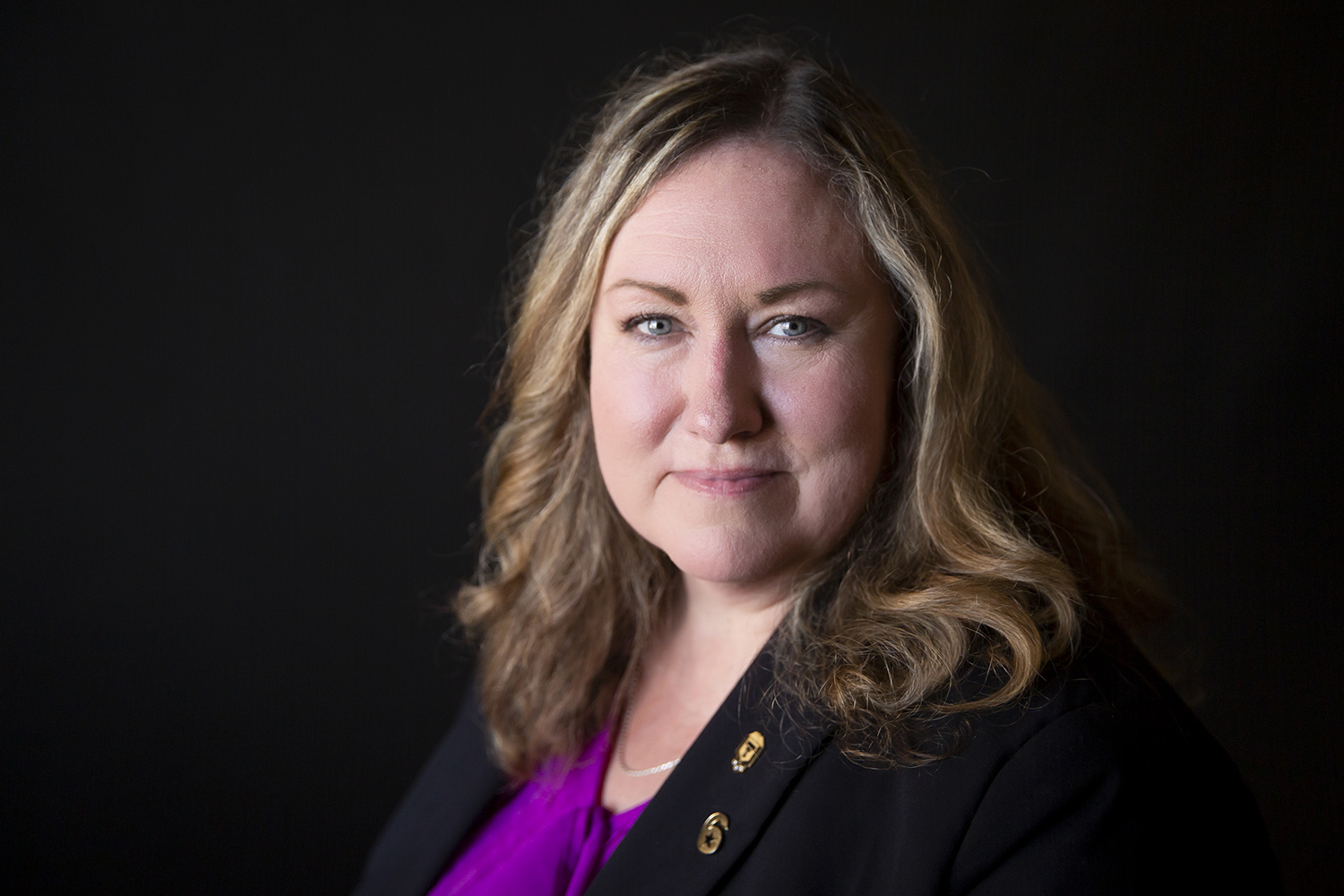 The director of Texas Tech’s Military & Veterans Programs shares her thoughts on working with veterans and their families and helping make the campus more diverse, equitable and inclusive.

In 1923, Texas Tech University welcomed its first class of 914 students. Since then, the university has grown to include more than 40,000 people who come from their hometowns around the world to teach, learn and work at Texas Tech.

In 2019, the university achieved official designation as a Hispanic-Serving Institution (HSI), an effort of the entire university community serving the needs of its diverse campus. The HSI designation makes Texas Tech eligible for up to $10 million in additional funding from the U.S. Department of Education to support the enhancement of educational opportunities for all students. As the Texas Tech community celebrates this achievement, students, faculty and staff are taking a moment to reflect not just on their own time in Raiderland, but to also celebrate those who have worked to make Texas Tech a more diverse, equitable and inclusive campus.

Debra Crosby, director of the Texas Tech Military & Veterans Programs (MVP), has held many titles during her more than 33 years with the Texas Tech University System. She got her start in 1982 at Texas Tech handing out registration packets at orientation at age 17, just two weeks after graduating from Lubbock's Coronado High School.

Now, she leads MVP, a department within the Division of Diversity, Equity & Inclusion dedicated to assisting military personnel, veterans and their families in achieving academic, personal and professional success. Along the way, she also earned a bachelor's degree in human development and family studies and a master's degree in interdisciplinary studies with a focus on higher education, addictive disorders recovery studies and business management, both from Texas Tech.

We sat down with Crosby to learn more about her journey as a Red Raider and how she's helping make Texas Tech more diverse, equitable and inclusive.

How long have you worked at Texas Tech University and in what roles?

She served in that position for a year and a half before leaving to work as a teller at the Texas Tech Federal Credit Union, then as the veterans coordinator working with Vietnam veterans at Angelo State University. In 1987, Crosby returned to her previous position as a student records specialist at Texas Tech until she was hired as the university's veterans coordinator in 1994.

"My title changed a few times, and then I was promoted to assistant registrar over the veterans affairs and Texas Success Initiative compliance offices within the Office of the Registrar," Crosby said. "In 2010, Texas Tech created the Military & Veterans Programs, a department solely dedicated to helping veterans, service members and family member students succeed. I was moved into this new department – along with Bernice Flett, who is now the assistant director – where I held various titles, including associate director, until I applied and was hired as director last year."

How do you personally relate to your work?

Crosby said that although she is not a veteran, many members of her family have served in different branches of the military, including her father. Her experience as a family member of veterans helps her connect with the students her department assists and supports on a daily basis.

What motivates you to continue the work you're doing at the university?

"It is the people," Crosby said, "I truly enjoy visiting with and helping our students and staff. It is fun to see where we started and what it is now and our plans for the future of this program.

"My daughter also motivates me. She has a disability and occasionally needs an advocate. She is the most amazing and inspiring person I know. I want to make her proud and it reminds me that, really, everyone needs an advocate now and then. I can help with the work I do here at my alma mater, Texas Tech."

As Texas Tech approaches its 100th year, with a community that is its most diverse ever, how do you think your work has contributed to a campus environment that reflects diversity, equity and inclusion?

During her time at Texas Tech, Crosby said she has seen major growth in the number of students MVP serves and supports. She said these students make up a group that is among the most diverse on campus.

"In fall 2007, we had 449 veterans and family members identified on campus and in fall 2018, we had more than 2,100," Crosby said. "Last year, we had veterans and service members attending Texas Tech from age 18 to 74. Veterans, along with their family members, have traveled and lived all over the world. They have experienced many different cultures, and they bring that experience and knowledge to Texas Tech."

Crosby said her staff members are well equipped to address the needs of such a diverse group.

"My full-time and student staff members in MVP are currently made up of veterans or family members of veterans, so we understand the difficulties this population may face," she said. "We work hard and are all invested in helping this population feel welcome. We help students connect with on- and off-campus resources. We work to help students reach their goal of graduating and going on to a successful future."

Crosby has held leadership positions that also impact veterans across the state and country. She served as the president of Texas Association of Collegiate Veterans Program Officials (TACVPO), a state organization that helps train faculty and staff who work with veterans' education programs on their campuses, and currently serves as the second vice president of the Western Association of Veteran Education Specialists (WAVES), which helps train faculty and staff across the nation. 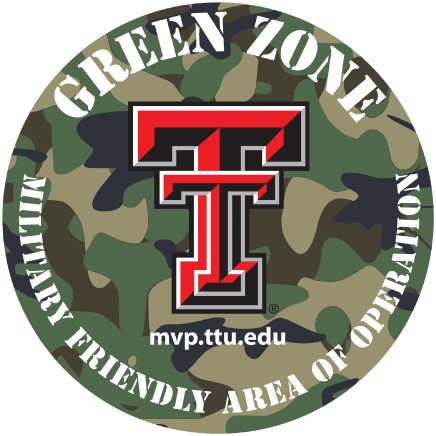 She also helped create and design the TTU Green Zone Program, a training program for faculty and staff that is designed to develop a campus community of support for veteran and family member students. More than 640 Texas Tech faculty and staff have attended at least one module of the program and more than 270 from other Texas schools also have attended. Additional schools continue to model their programs after Texas Tech's or seek advice on how to start their own.

"I also helped advocate for priority registration for veterans and moved Texas Tech from a paper-based system to the VA's online processing of benefits," Crosby said. "Bernice Flett and I helped create the MVP Forms Portal, along with Kyle Phillips and Dale Ganus from Information Systems, so Texas Tech students can fill out their certification of veterans' educational benefits online and upload forms into our system. Texas Tech is the first school in Texas to have state Hazlewood Act Forms online and the ability to upload supporting documents."

"My work with veterans started at Angelo State University and in working with the Vietnam veterans back then, it became my passion and has been my life's work," Crosby said. "When I applied to work with veterans when I returned to Texas Tech, I was asked, 'Are you ready to be an advocate, counselor, mother, sister, friend, ...?' I said 'Yes!' I have never regretted that yes."

Can you tell us of a student who made an impact on your life and your work?

Crosby said there are many students who have made an impact on her and her work, but two stand out among the rest.

The first was a service member who called her from Afghanistan and told her he planned to start school when he got out of the service the following year. He wasn't sure where he wanted to go and was calling schools to get general information.

"Over the course of that year, he called about every two months," Crosby said. "I told him about Texas Tech, Lubbock and our veterans. I learned he was from Alaska and that became our nickname for him."

About a year after she first started speaking with the student, he walked into the MVP office.

"He asked, 'Do you know who I am?'" Crosby recalled. "I said, 'I'm sorry, I am bad with names, I don't remember you.' He said, 'Well, I've called you a few times and after talking with several schools, I chose Texas Tech because of you!' He was confused when I called him 'Alaska' that first time, but four years later, he graduated with an engineering degree. Amazing! You never know the impact you may have on someone."

The second student was one who came in to fill out his paperwork for benefits. Crosby and Flett were both in the office and noticed the student seemed a little upset.

"We casually asked him, 'How are things going?' and he paused and said, 'Not good.'" Crosby said. "We sat down and listened to his story for the next two hours. As we listened, it was evident he was in dire need. We gave encouragement and our two cents and were able to connect him with some resources.

"The next time we saw him, he was doing better. He recently graduated, too, and was so happy in his life. What a difference a day can make!"

As Texas Tech University continues to foster a culture of excellence, diversity and inclusivity, it's efforts like those from Debra Crosby and Military & Veterans Programs that will continue to show students, faculty and staff, from here, it's possible.