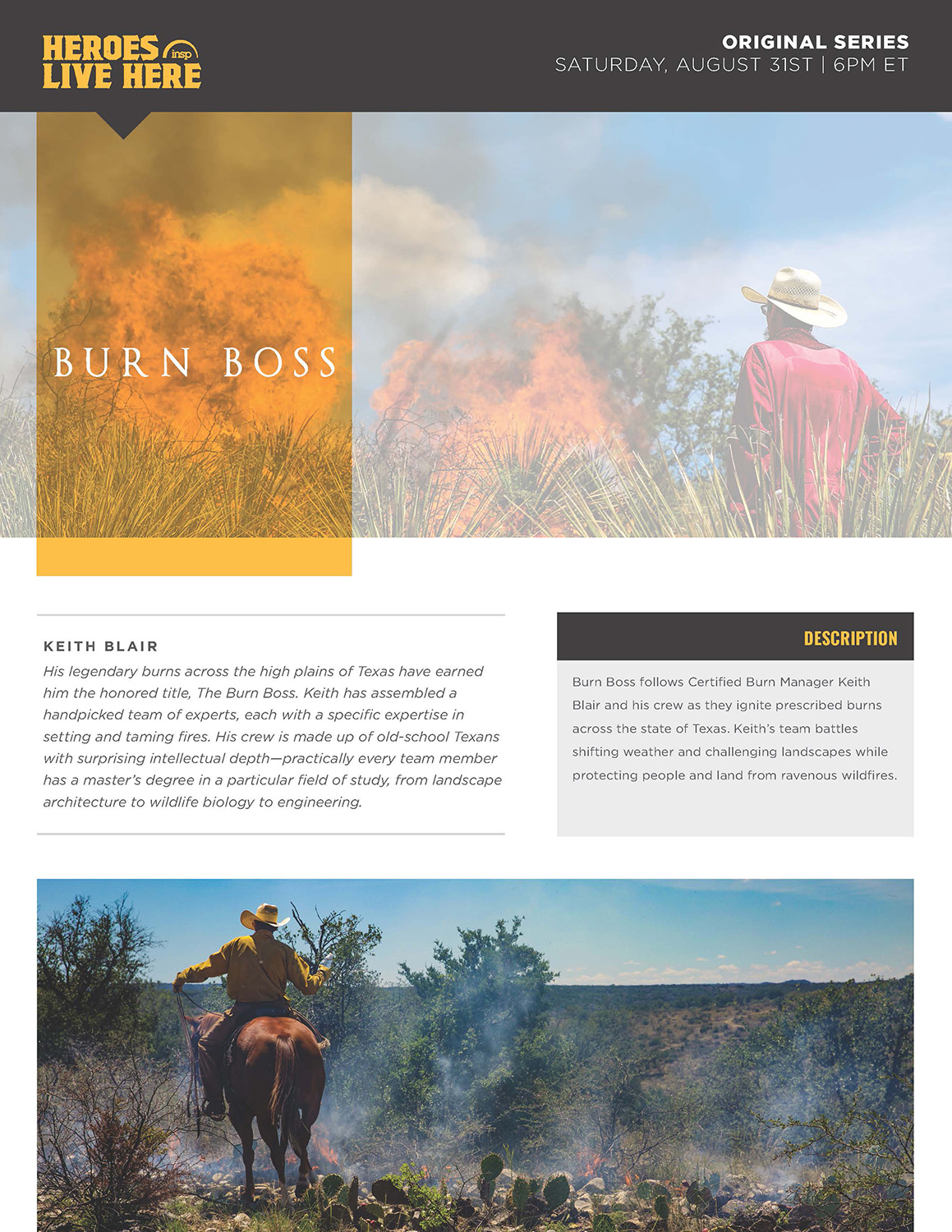 Keith Blair and Matthew McEwen will be featured in the pilot episode of “Burn Boss” premiering Saturday on the INSP cable channel.

Blair, who earned his bachelor's degree in 1986 and his master's degree in 1991 from the Texas Tech Department of Range, Wildlife and Fisheries (now the Department of Natural Resources Management in the College of Agricultural Sciences & Natural Resources), is the founder of Red Buffalo, a land stewardship company specializing in prescribed fire for wildlife habitat management, restoration and wildfire prevention. He has managed a large working ranch and held positions with Texas Parks and Wildlife and the U.S. Fish and Wildlife Service. Blair was the first lead instructor approved by the Texas Prescribed Burn Board.

Also featured in Saturday's episode will be Lubbock native Matthew McEwen, who earned his master's degree in 2015 from the Department of Natural Resources Management. He is a naturalist, ecologist and manager with the Quail-Tech Alliance. Prior to working in quail research, he assisted in heritage management and land stewardship for the Lubbock Lake Landmark, a local archaeological and natural history prairie preserve.

The Quail-Tech Alliance, a partnership between Texas Tech's natural resources management department and Quail First, a Dallas-based nonprofit organization, is conducting research and demonstration projects on an array of topics. The research focuses on investigating the potential benefits or detriments of supplemental feeding, understanding the factors that influence over-winter survival of adults and summer-to-fall survival of the brood, and refining the way prescribed burning, brush modification and livestock grazing are used as tools for habitat management.

McEwen serves on the Southern Rolling Plains Prescribed Burn Association and the Prescribed Burn Alliance of Texas and works with the Texas Section of Society for Range Management's Youth Range Workshop.