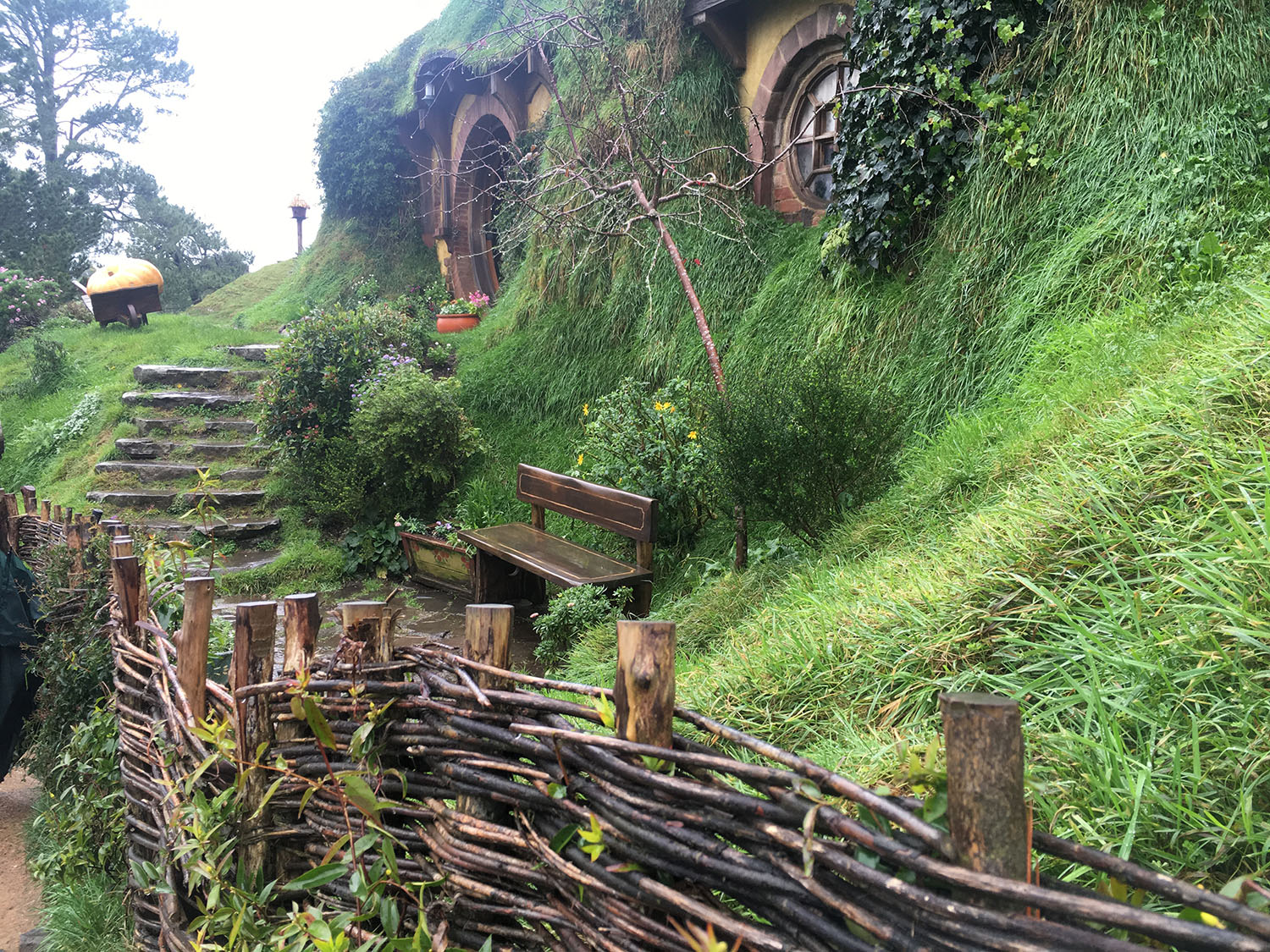 Robert Peaslee is researching the phenomenon where tourists travel to places where television shows or movies were filmed.

Watching a television show or movie can transport viewers to new, exciting places. But what if there was a way to actually visit those locations?

Robert Peaslee, an associate professor and chairman in Department of Journalism & Creative Media Industries in Texas Tech University's College of Media & Communication, is researching this phenomenon known as screen tourism.

Screen, or film, tourism is described as watching a show or movie then planning to visit the place or places where it was filmed. For example, watching "Game of Thrones" may encourage a trip to Northern Ireland to see the exact spot where the dire wolves were found, or going to New Zealand to see Hobbiton, where J.R.R. Tolkein's world came to life in the "Lord of the Rings" trilogy and "The Hobbit."

Peaslee's interest in screen tourism originated from his first visit to Hobbiton in 2005. He said it was an emotional experience, and he wanted to know why he felt this way.

"Hobbiton wasn't all that different from the other sheep farms in the area except there were remnants of wood where the hobbit holes were," Peaslee said. "So why the reaction to that space? What does that say about our relationship with media? Things can become more significant by appearing on screen."

Screen tourism largely relies on proving the authenticity of the location. People like to touch, taste and photograph their experiences. If this is not possible, and if people don't believe it to be real, then the value dissipates. After all, the experience is what's for sale, not just a T-shirt.

"Part of what's for sale with any screen tourism encounter is the opportunity to get closer to what people love," Peaslee said, "whether that means getting closer to the space of it, feeling more immersed in it and having a tactile experience with it, or holding a sword while you're standing in the castle, but it may also mean getting closer to the people or the mechanisms or the processes of media production."

Photography is a huge part of what validates screen tourism. In a world where social media rules, many people feel if they can't Instagram the experience, then it didn't happen. For photo opportunities, tourists are positioned in just the right spot so they will see a specific location just as it was shown through media, thus recreating a specific instance.

People also add to the screen tourism experience. Those who worked on the production of a film or show as well as those who play extras act as a conduit to the tourists. Peaslee said those involved in filming provide access to spaces and activities that encourage simultaneous production and consumption on the part of visitors.

Peaslee said that screen tourism is one element that led him to theorize the term "media conduction," which is how various players involved in the consumption of media and their spaces reproduce the experience with communicative practices in such a way that they maintain or increase the desirability of the location – and the value of being mediated.

But what happens after production is concluded? Peaslee said that, many times, these screen tourism destinations depend on the aura left behind as a result of location shooting and the popularity of the film or show. The practices and industry around an exact place become desirable as a result of being shown in media.

Peaslee maintains that value must be inscribed back to the space after filming is complete.

"If changes are not implemented, fatigue may set in which results in a decline in enthusiasm. The experience becomes less genuine," Peaslee said. "Long running shows such as 'Game of Thrones' benefit from ongoing filming, which introduces energy for many years, unlike Hobbiton and various other movie locations that might have a more finite shelf life."

Screen tourism also can change the narrative of a location. For example, Belfast, Northern Ireland, where "Game of Thrones" filmed, used to be considered a dangerous, war-torn city, but with the rise in popularity and influx of tourism, visitors are now discovering the city is safe and comparable to other global tourism destinations.

As Peaslee and his class head to New Zealand this summer, he wants to further examine screen tourism and decipher the lifecycle of it. Previous literature suggests that there is a lifecycle that could encompass the desirability of a location as well as the ability to recirculate interest. This is one of Peaslee's many reasons for revisiting Hobbiton.

"Hobbiton was meaningful when it was minimal with only bare structures," Peaslee said. "However, as it turns 20 years old, has this meaning dwindled?"

He wants to see the changes that have occurred as he takes a class there.

"Hobbiton has grown a lot in 20 years," Peaslee said. "They employ seven full-time gardeners, have built the Green Dragon Pub, set up a food tent for hobbit lunches and now have two gift shops. But does this make Hobbiton any less authentic?"

Another aspect Peaslee is looking into is how screen tourism and video game play are similar. Screen tourism and playing video games both seem to suspend the rules of everyday life, thus creating an escape from reality. Peaslee continues to move forward with his research in regard to screen tourism, and future endeavors may include Star Wars' introduction into Disney parks and fan practices inside the park as they grow and change, as well as the Magnolia phenomenon in Waco.