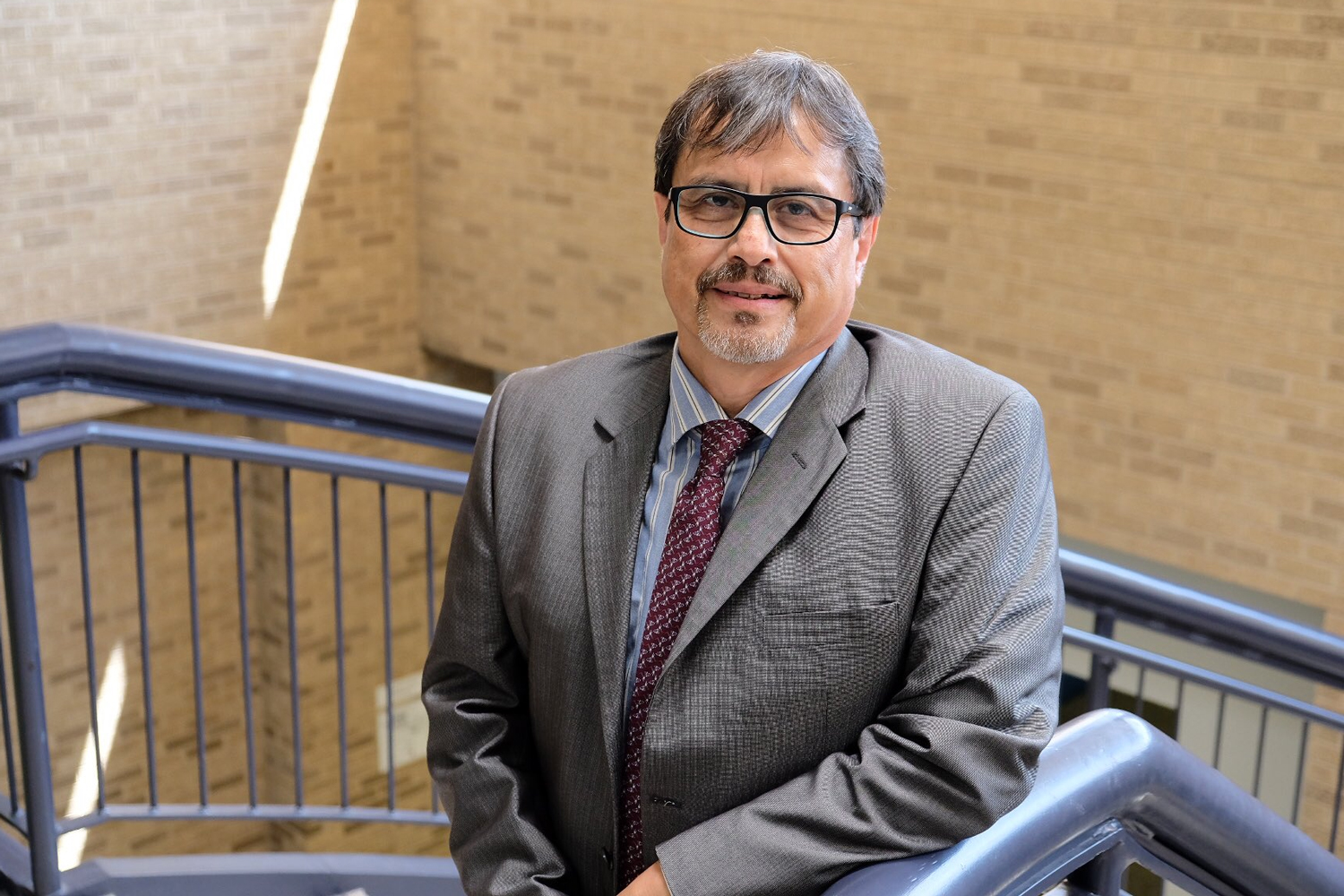 Luis Herrera-Estrella arrived at Texas Tech thanks to a grant from the State of Texas Governor’s University Research Initiative.

Texas Tech University's first National Academy of Sciences member compares the genomes of organisms to a book written in an alphabet of just four letters.

"You build up words with these four letters, and the order of the letters is what makes the word. The word is each gene that plays a function," Luis Herrera-Estrella said. "If you change the letters, you can change the message. In that way, you can improve tolerance to drought, or salinity or whatever. But first, you have to understand which letters you have to choose."

Herrera-Estrella, one of the top plant molecular biologists in the world, started work at Texas Tech in the fall in the Department of Plant and Soil Science. He plans to use cotton as a model system to develop technologies that are applicable more generally to all crops grown under conditions of drought, heat and salinity.

While he will focus on crops that are important to West Texas and the South Plains, he said the work performed in the Institute of Genomics for Crop Abiotic Stress Tolerance (IGCAST), will be applicable in many regions of the world.

He said he hopes to develop technologies that will make genetic changes to plants easier and faster, describing the current process as very slow.

This is a challenge, he said with a laugh, but added that Texas Tech President Lawrence Schovanec told him it was better described as "an opportunity."

Herrera-Estrella hopes to have a team of 20-30 graduate students, postdoctoral researchers and research professors working in IGCAST within 3-4 years.

He heads a team of four researchers who relocated to Texas Tech from Mexico, and he hopes to hire four more researchers within a year.

"We have a very good infrastructure," he said of the facilities under construction at Texas Tech, including a new greenhouse and the new Experimental Sciences Building II, in which IGCAST will have an entire floor.

Eric Hequet, Horn Professor and chairman of the Department of Plant and Soil Science, helped recruit Herrera-Estrella to Texas Tech.

Hequet said Herrera-Estrella's work in genomics and plant stress could result in mitigating the effects of drought on plant yield for the producers of this region.

"We need to find ways of dealing with lack of water," Hequet said. "That's the reason we brought him."

"He's easy to approach and talk to," Hequet said. "So far, everything is going great, and I'm ecstatic about the future,"

As a student in Belgium, he worked on a project that led to the first transgenic plant in the world at the State University of Ghent, where he completed his doctorate and conducted postdoctoral research.

He returned to Mexico, dreaming of conducting research that could help his country, and was told by older researchers that it would be impossible to replicate his success as a student there.

"I showed them it was possible," Herrera-Estrella said.

He decided it wasn't enough to be personally successful – he wanted to teach others to do the same thing. In Guanajuato, Mexico, he created the National Laboratory of Genomics, an institute within the Center for Research and Advanced Studies (CINVESTAV).

After five years, he looked at the results that the National Laboratory of Genomics was producing – out of the 600 full-time researchers in the entire CINVESTAV institute, his lab of 20 people was producing 40 percent of the high-impact papers published.

He recruited young people, encouraged them to publish one high-quality paper per year and to look for opportunities to use research to create patents.

"That's one thing I want to bring to Texas Tech. It's not that we want quantity; we want quality," Herrera-Estrella said. "This research will have to be published in high-impact journals."

He also encouraged the young researchers he hired to work on research that would have a high impact over seeking career development. "If you do something important," he said, "career development will follow."