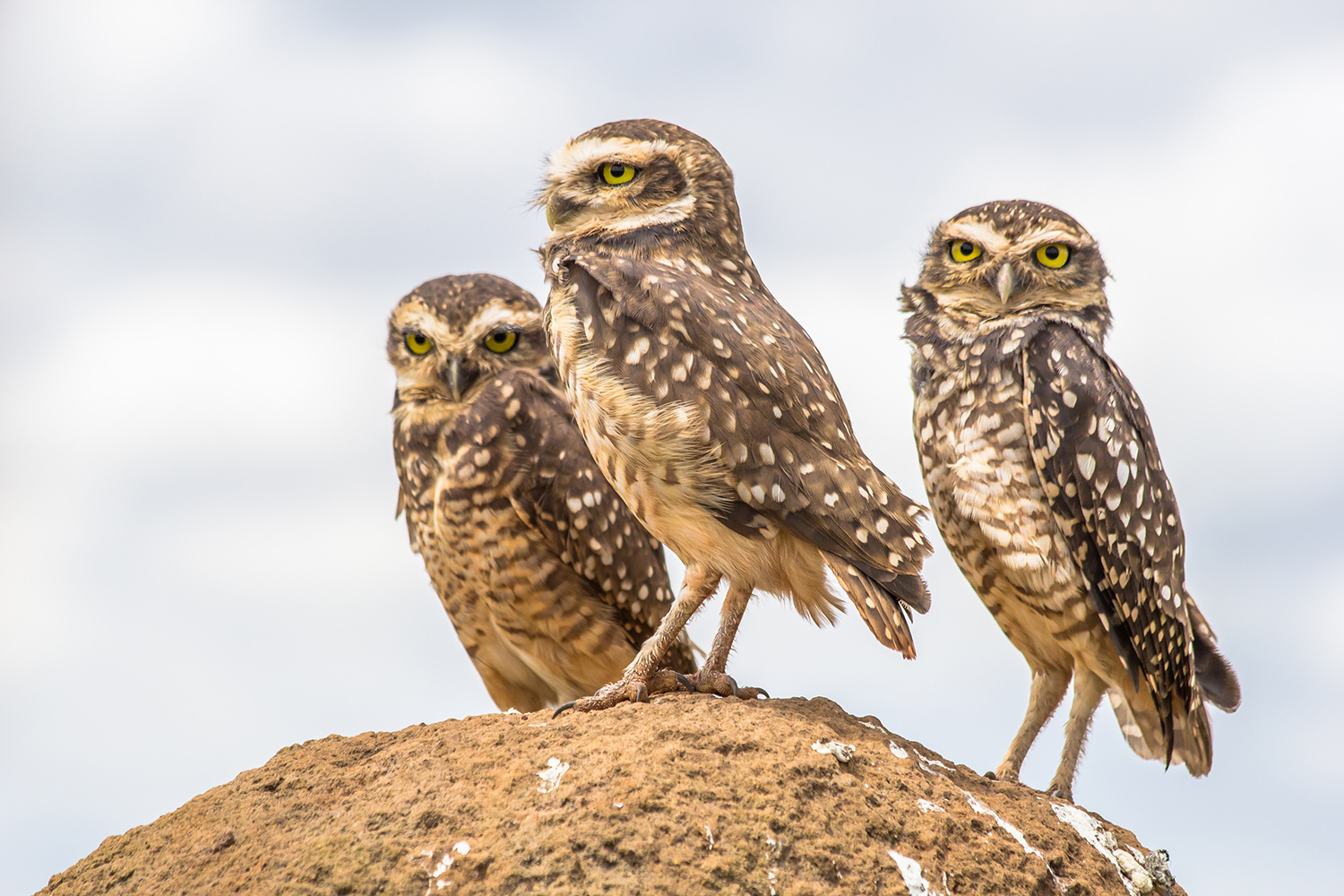 Clint Boal will lead a team that will track and monitor the bird’s movements in and around area wind farms.

While most birds rely on plentiful trees for survival, there is a species of owl that makes its home in vacant mammal burrows.

The Burrowing Owl, a migratory species that can be found from Canada to Mexico, uses the abandoned ground burrows left behind by other animals for nesting, roosting and to escape predators. In the U.S., it occupies grasslands, agricultural lands, deserts and low-rainfall areas that still support growth of perennial grasses or shrubs.

However, the owl is considered an endangered species in Canada, a threatened species in Mexico and is on the U.S. Fish and Wildlife Service's list of species of conservation concern. The main reasons for this are long-term population declines and/or range reductions in several U.S. states and throughout Canada.

The primary threat to the owl's habitat is development of land for agricultural and urban development. Part of that development in the U.S. is the increase in the number of wind turbine farms. But little is truly known of that impact.

Clint Boal, a professor in the Department of Natural Resources Management in the College of Agricultural Sciences & Natural Resources at Texas Tech University and an assistant leader in the United States Geological Survey's Texas Cooperative Fish and Wildlife Research Unit, is leading a team that will track and record burrowing owl movement and behavior on or adjacent to areas with wind-energy development in hopes of preserving the species in the U.S.

"It remains to be studied and understood how the species interact and are affected by wind-energy development in the Southern Great Plains," Boal said. "Ultimately, this study will allow us to better manage our wildlife resources as renewable energy expands."

The research is bolstered by an incrementally funded grant from the United States Department of Energy that could reach more than $243,000.

Boal said studies have found burrowing owls in some areas have been killed from collisions with wind turbine blades, but nothing regarding how the introduction of those turbines has affected the habitat. As wind turbine farms continue to expand in the Southern Great Plains, discovering this impact is crucial to the species' survival.

Boal and his team will capture burrowing owls at the Pantex energy facility near Amarillo and at the Reese Technology Center west of Lubbock. Then they will fit the owls with GPS transmitters, from which data will be downloaded weekly. That will allow researchers to track the owls and their movements on a year-round basis while also tracking their seasonal movements, habitat use and survival.