Researchers Work With NASA to Measure Strength of Worms in Space 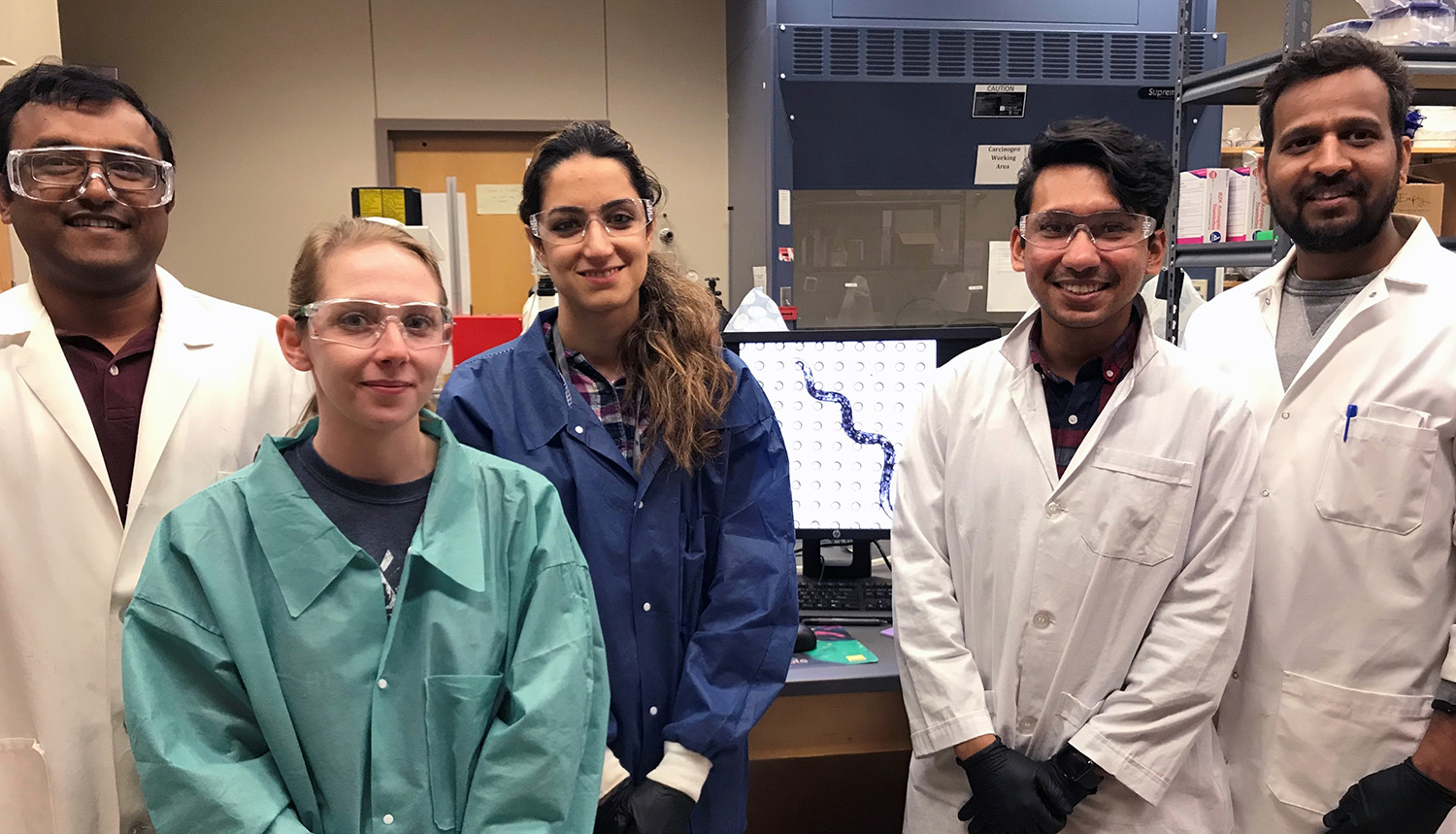 The team from Texas Tech University and the University of Nottingham are using C. elegans to study the effects of space flight.

Worms can't do pushups, run on a treadmill or lift weights.

Yet researchers from Texas Tech University and the University of Nottingham are working closely with NASA on an experiment to measure the strength of the millimeter-long roundworm, C. elegans, in space. With a short lifecycle of a week and 60 percent genetic similarity with humans, the worms have been sent to space many times before for various experiments.

This will be the first time researchers will be measuring the effects of space flight on the physical strength of the worms across several generations and correlating the changes to gene expression alterations in the worms' muscles.

This study is important because astronauts in space lose a significant amount of their muscle mass. Siva Vanapalli, a professor and Bill Sanderson Faculty Fellow in the Department of Chemical Engineering, part of Texas Tech's Edward E. Whitacre Jr. College of Engineering, said the decline in muscle function occurs in microgravity because the body does not make as much protein as it normally would on Earth.

"NASA is very much interested in this problem," Vanapalli said.

Past flight experiments show that the genes involved in muscle function are impaired in worms cultured in microgravity, prompting the research team to test whether there would be corresponding decline in the strength of C. elegans. The results of this study could help find a solution to prevent the loss of muscle mass and strength experienced by astronauts during extended space flight.

Other possible results of the study could help to develop therapeutic interventions for muscle disorders and to improve strength in older people back on Earth.

The space flight is currently scheduled for October 2019.

Developing a method to measure strength in worms was a challenge, Vanapalli said. He worked with Jerzy Blawzdziewicz, a professor in the Department of Mechanical Engineering, and Nathaniel Szewczyk, a professor of muscle biology at the University of Nottingham in the U.K., on the problem. Vanapalli's group developed a simple microfluidic device called NemaFlex to aid the study.

Vanapalli described the NemaFlex device as a chamber with pillars hanging from the ceiling, but not anchored to the floor. As the C. elegans worms crawl through the chamber, they push on soft, rubber-like pillars, enabling measurement of the worms' muscle forces.

"NASA is interested in seeing if the strength changes across several generations," he said.

The experiment is scheduled to run for seven weeks, amounting to seven worm generations. Astronauts will transfer the tiny worms from the culture bags into the NemaFlex device and record videos of animals deflecting the pillars as they go. Analyzing the images from these videos, the team on Earth will be able to measure the strength of the worms.

Graduate students and postdoctoral researchers working on the project are excited about this research going into space, Vanapalli said.

"Opportunities to conduct experiments in space do not come frequently, and we are fortunate that we are able to do this investigation," he said. "It's a very unique experiment."