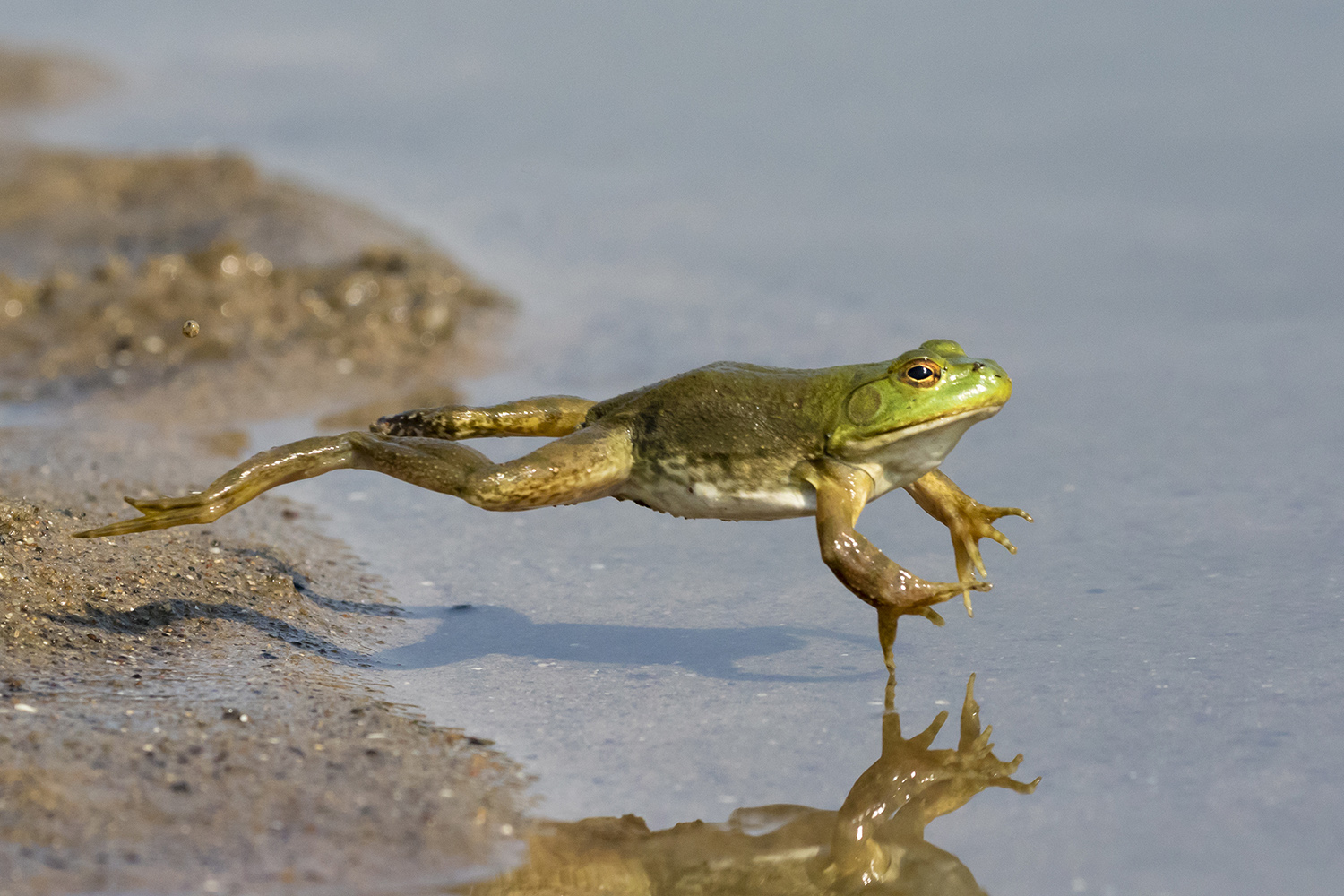 Their research could someday lead to better diagnoses for stress, anxiety and post-traumatic stress disorder.

Scientists at Texas Tech University are studying fear and stress in animals to learn about novel ways in which these factors influence feeding and behavior in hopes that information gained in their studies may be useful for developing better diagnostic tools and medications for humans.

Two researchers in the Department of Biological Sciences, James Carr, a professor of endocrinology, and Breanna Harris, a research assistant professor, say there are few times when animals in the wild are not surrounded by predators. The mechanisms by which prey survive are still present in humans, but can lead to anxiety, fear and stress that result in real health problems.

Prey animals can detect predators using the same senses humans use, including vision, smell and sound. But Carr and Harris are particularly interested in frogs. A frog's vision uses feature-detecting cells that are sensitive to key attributes of both their prey and their predators, including size, shape, contrast and movement.

"Frogs only have one visual system. Humans have two, and we can't separate those research-wise," Carr said. "It's very difficult, because both of those visual systems interact. We're interested in the subconscious visual system, which you have, but you don't know you're using.

Harris made it clear that when a frog sees movement and size that indicates there is a snake, it makes no conscious decisions on how to act on that information. The way the cues are interpreted in the brain trigger a behavior.

"We're trying to see if we can block that response," Harris said.

Carr said frogs will not eat something that is still. A dead fly or worm placed in front of a frog evokes no response, he said, because a frog must see movement to trigger it to eat. This is an innate behavior that frogs have "from birth."

Most people either really like snakes or they don't, Carr said. Those who don't like snakes wouldn't have to think about how to react if confronted with them.

"If a bunch of snakes fell out of the ceiling all of a sudden, you'd react before you even thought," Carr said.

That's the same reaction he and Harris see in frogs, which react immediately and instinctively to their perception of a threat.

Humans and animals are not exactly the same, but many of the same processes and pressures that shape our behavior and emotions are present in other species, Harris said.

"We're not as different as you might think," she said.

While humans share some of the same fear "pathways" in the brain, trauma and stressful events in humans can cause obesity, cardiovascular disease, immunological problems and susceptibility to cancer, Carr said.

"These are all associated with long-term stress and anxiety," Carr said. "When we are exposed to things that give us anxiety and fear for long periods of time, it's maladaptive. It's not beneficial."

Carr said obesity is not often found in nature – it's rare to find animals that have both the opportunity and desire to overfeed, because they are usually trying to avoid predators.

That's not to say that animals cannot get fat.

"Most people think their cats and dogs are super-healthy," Harris said. "The vets are like, 'They're fat.'"

Pets are reliant on what she and Carr call "hand-outs," and they also don't face a system of trade-offs in which they have to weigh the presence of food against the presence of predators.

"These things are very adaptive and very beneficial to animals in the wild when they are constantly surrounded by predators," Carr said. "They help the animals make decisions about when to reproduce, when to eat and when not to get eaten by something else."

Carr and Harris hope their research will someday lead to the ability to diagnose stress, anxiety and post-traumatic stress disorder through a blood test.

"Now, mental health is sort of diagnosed by questionnaire," Harris said. "People come in and they fill out a questionnaire, they talk with their care provider and they're given a diagnosis based on that. We want to see if we can refine. Can we use biology and what's going on biochemically to better understand these disorders?"

There is a blood test for diabetes and a treatment, Carr said. But diagnoses and treatments for mental disorders are a bit trickier.

Understanding how these mechanisms work in other animals could help scientists to understand how things work for humans, Carr said, referring to himself and Harris as "biology historians."

"We use animal models to learn about humans," Harris said, "and the reason it works is because we have a shared history."