Shaking It Up With Technology 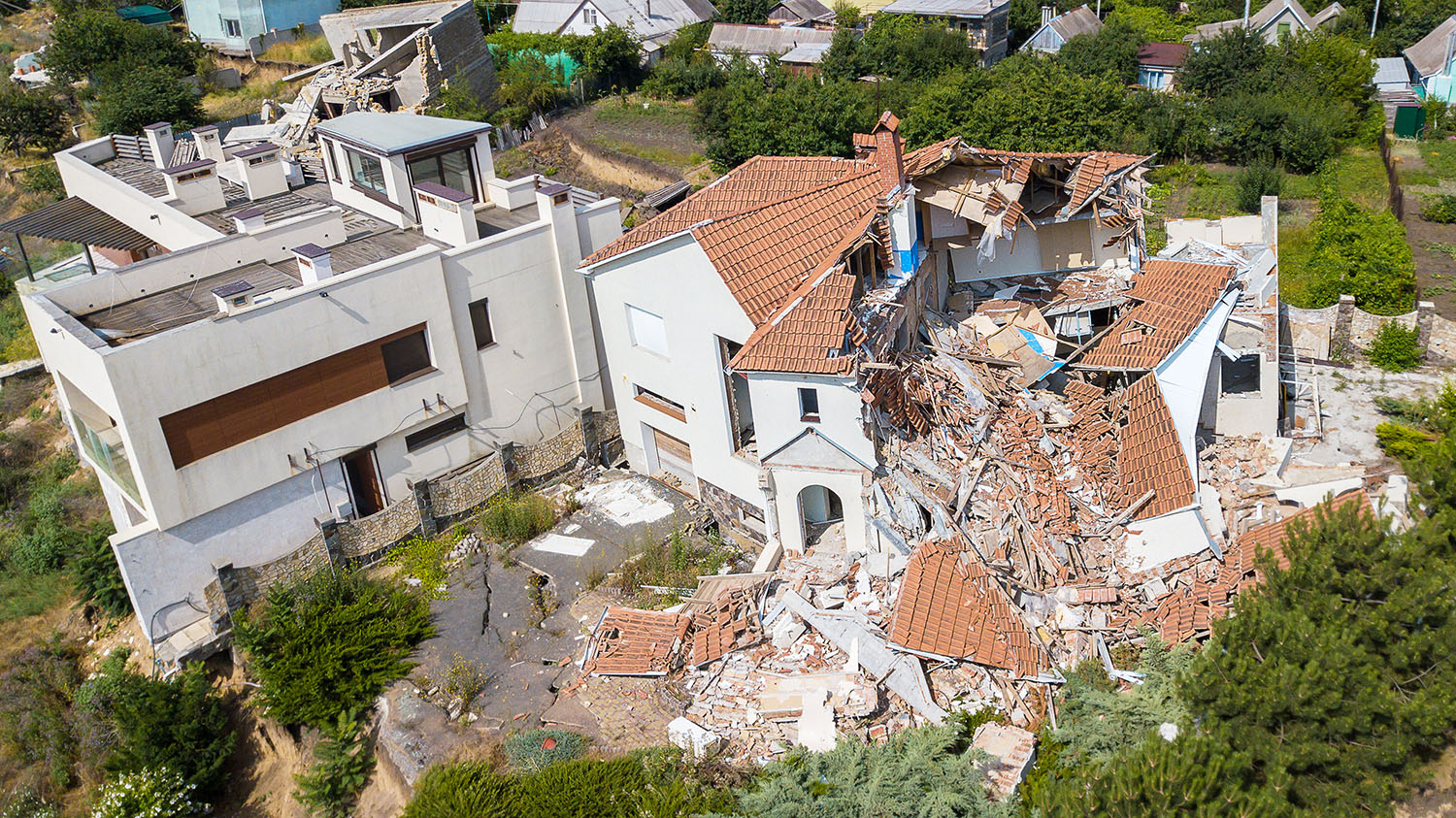 Ting Lin, an assistant professor in the Edward E. Whitacre Jr. College of Engineering, is enhancing the study of earthquakes.

When talking about structural engineering and resiliency, virtual reality (VR), artificial intelligence (AI) and high-performance computing (HPC) don't immediately come to mind. However, Ting Lin, an assistant professor in the Department of Civil, Environmental and Construction Engineering through the Edward E. Whitacre Jr. College of Engineering at Texas Tech University, is changing the traditional narrative.

Since Lin's arrival at Texas Tech, the university has now become part of the Global Resilience Research Network, a prestigious network consisting of leading experts in 26 major universities and research institutions around the world. Lin also is working on Vision for the Future updates to the Board of Governors and chairing a committee on Advances in Information Technology for the American Society of Civil Engineers Structural Engineering Institute, which will help motivate others to use HPC, AI or VR in their work.

Lin says Lubbock and Texas Tech seem like unusual places for earthquake research, but she is excited about many interdisciplinary opportunities here, such as the National Wind Institute's (NWI) wind science and engineering program, which is similar to earthquake science and engineering. Earthquakes and wind both create vibrations, and these vibrations have impacts on structures.

"Further understanding of the interface between structural engineering and geosciences, aided by technology, plays a large part in new discoveries," Lin said.

Lin's research is anchored around earthquake science, engineering and technology in the broader context of infrastructure resilience. Specifically, Lin examines how vibrations affect structures to determine what types of vibrations buildings are sensitive to.

To find the answers, Lin asked what kind of ground motion causes structures to respond in a certain way, such as collapse, and if there were any common features between the vibrations. While finding answers, Lin authored an encyclopedia entry in the "Encyclopedia of Earthquake Engineering" to formulate a new design target called conditional spectrum.

Conditional Spectrum (CS) is a target spectrum that links seismic hazard information with ground-motion selection for nonlinear dynamic analysis. In other words, researchers must take into account the characteristics of earthquake vibration and structural response.
The spectral shape found in Lin's CS is mostly related to the amplitude of vibrations over a range of frequencies. In her most recent work with Nenad Bijelic, a doctoral student at Stanford, new factors also include significant duration of shaking and basin effects, published in Earthquake Engineering & Structural Dynamics and to appear in Earthquake Spectra.

With the help of geophysics, Lin looks into what causes earthquakes and how the earthquake rupture and wave propagation affect ground motion. Since extreme earthquakes aren't readily available from limited recordings without scaling, simulations from geophysicists offered a promising testbed. To do this, Lin had to determine what and how many earthquake records to compare.

The usual pool of earthquake records for nonlinear dynamic structural analysis range between seven and 11. Lin knew she needed more than this to push the extremes, so she continued adding more data. Lin decided even 100 wasn't enough, but millions might be. This is where HPC would be employed.

To date, Lin's research group has processed around 2 million simulations.

"HPC made it possible," Lin said. "It was unimaginable before to run millions of nonlinear response history simulations because it would take decades if the simulations were done sequentially."

After the millions of simulations were completed, Lin had to remove any preconceived ideas or assumptions about earthquakes and decipher what type of characteristics these simulations captured.

"This is when AI with HPC shines, and when domain expertise becomes valuable to offer new insight," Lin noted.

The attributes that Lin and her colleagues found in the simulations included ground motion amplitude, duration and basin features that lead to novel intensity measures, translational to practice.

Lin also needed to visualize the damage as if she was inside the building. To make it feasible at any location, VR came into play.

"VR models allow the user to move around different buildings, floors and rooms to experience various levels of shaking," Lin said. "There are many different combinations and potential applications."

Even though there is a large gap between structural engineering and technology, Lin hope this research will begin to close this imbalance by pushing the boundaries with technology, especially in the context of infrastructure resilience.

She envisions, "Future structural engineering leaders and innovators will be masters of human and AI with domain expertise to solve complex problems that address challenges and benefit society in a changing, continuously advancing world."

The original version of this story can be found here.