Profiles in Fostering a Diverse and Inclusive Community: Colton Hernandez 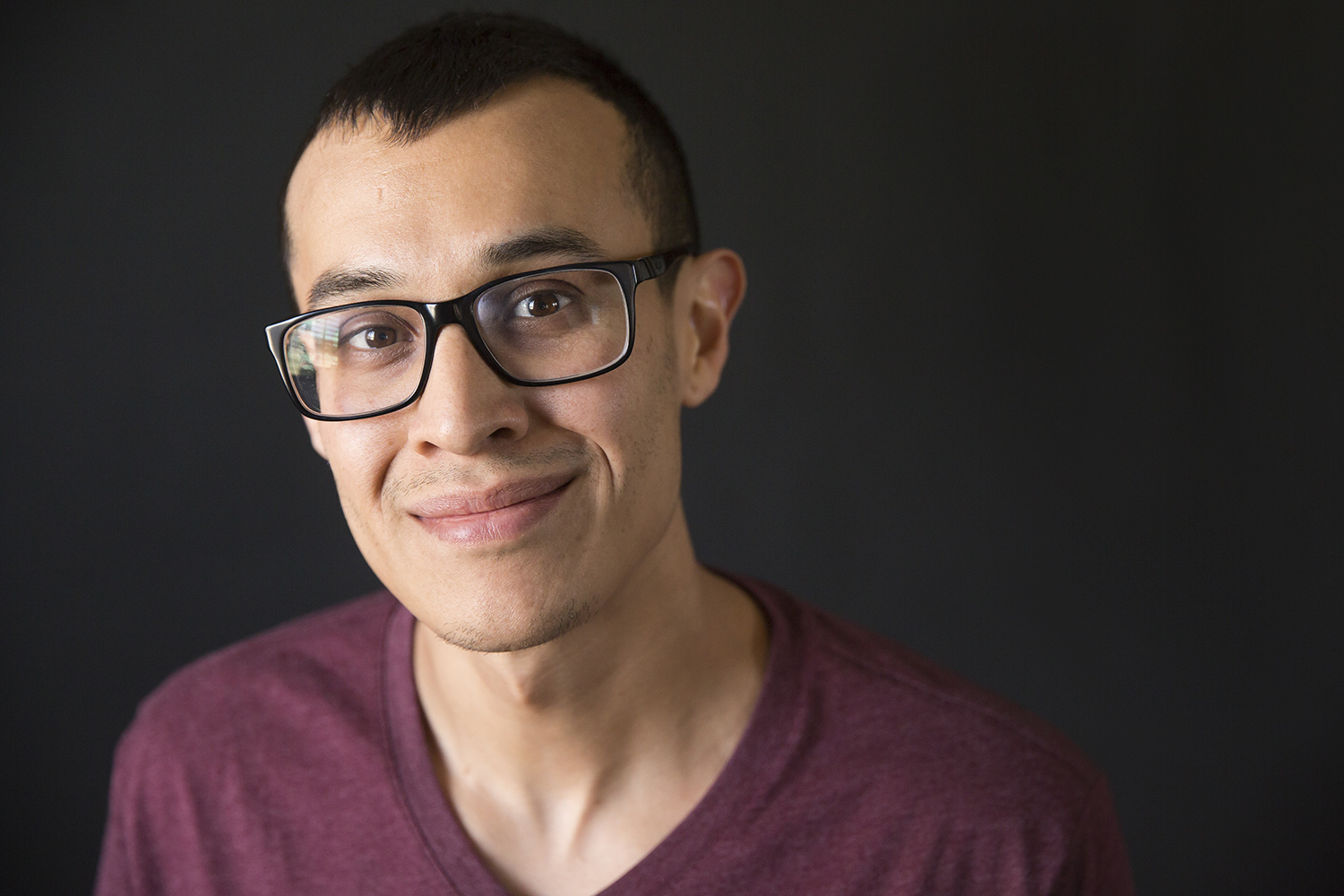 The first-generation, senior biochemistry major from Lubbock shares his thoughts on being a Red Raider and how he helps make Texas Tech a more diverse, equitable and inclusive campus.

In 1923, Texas Tech University welcomed its first class of 914 students. Since then, the university has grown to include more than 40,000 people who come from their hometowns around the world to teach, learn and work at Texas Tech.

In 2019, the university achieved official designation as a Hispanic-Serving Institution (HSI), an effort of the entire university community serving the needs of its diverse campus. The HSI designation makes Texas Tech eligible for up to $10 million in additional funding from the U.S. Department of Education to support the enhancement of educational opportunities for all students. As the Texas Tech community celebrates this achievement, students, faculty and staff are taking a moment to reflect not just on their own time in Raiderland, but to also celebrate those who have worked to make Texas Tech a more diverse, equitable and inclusive campus.

Colton Hernandez of Lubbock is a biochemistry major in the College of Arts & Sciences at Texas Tech. Now in his senior year, he's sharing highlights from his experiences as a first-generation and nontraditional Red Raider.

First-generation college students have parents or guardians who have not received a bachelor's degree, while nontraditional students may have taken a few years off between high school and college, may be older and may have other responsibilities in addition to their academics, like full-time employment and a family to support.

As a nontraditional student, Hernandez's path in higher education is unique compared to some of his classmates. He also is an undergraduate researcher in the Texas Tech McNair Scholars Program, a graduate school preparatory program for undergraduate students from historically underrepresented groups who demonstrate strong academic potential for graduate research and studies.

We sat down with Hernandez to learn more about him and his experience at Texas Tech.

What types of activities have you been involved in during your time at Texas Tech?

"During the fall 2018 semester, I started in the McNair Scholars Program, which kind of kick-starts things for undergraduates to get into graduate school programs. That opened up a lot of doors for me as far as being more involved with the faculty here and even being more comfortable being part of groups," Hernandez said. "After being introduced to that program, I started my research project in biology. I've met a lot of people through the biology department. I have a mentor in the biology department. I'm working in Dr. Peter Keyel's lab. Forming relationships like that has been great."

Hernandez said as part of the McNair Program, he's gained insight into the graduate school application process, experience in a research laboratory and the opportunity to network with other researchers, his peers and faculty members within the biology department – experiences that students from underrepresented groups may not be aware of or exposed to, but that are proven to be effective in creating academic success.

So far, Hernandez has presented his research, "Identifying cell types that influence DNASE1L3 production in systemic lupus erythematosus (SLE)" at the university's Undergraduate Research Conference this year and at the 20th Annual University of Maryland National Conference for McNair Scholars and Undergraduate Research in Maryland. His research focuses specifically on the mutations in the DNASE1L3 gene that cause lupus, a disease that, along with his major, is personally significant to him.

How do you personally relate to your major and research project at Texas Tech?

"My spouse actually has lupus," Hernandez said, "I took a break from school, then I met her. She had this really bad relapse, went to the hospital, and had kidney failure. Her lungs were filling with blood.

"I would see the doctors and how they interacted with each other and those sort of things that they were doing. That kind of got me interested in medicine, that's why I chose biochemistry, and I was fortunate enough to find a research project to include this. I'm hoping to do one year of biomedical sciences here, then hopefully find a medical school after that."

What motivates you to continue the work you're doing at the university?

"Definitely my family, my spouse. What motivated me to come back to school was our son. Our son is 5, and I wanted to set a great example of the idea that, we still need schools to succeed," Hernandez said, "That's very important for me, to be that positive role model for him. He'll be 6 in July, and I want to keep that curiosity sparked in him. He's so curious at this age. He's always asking everything. I try to keep him involved in what I'm doing, too. I took him when I was presenting my poster, and he was so interested in it."

As Texas Tech approaches its 100th year with a community that is its most diverse ever, what impact can students have in regards to creating a campus environment that reflects diversity, equity and inclusion?
Hernandez said there are several things Red Raiders can do to encourage that same type of learning and curiosity he does with his son. It's especially, he said, important to encourage students from historically underrepresented groups who may be lacking a support system to help them along during their educational career.

"I think something like the daily interactions you have with people are so important," Hernandez said. "I've been part of study groups, and even one-on-one, working with somebody else, studying for an exam or something. We're on the whiteboard, we're writing stuff down, and underclassmen will be inquisitive of what we're doing because, maybe, they're in the general chemistry class and we're in an upper-level chemistry class. Sometimes they're like, 'That sounds so hard,' and I guess it's my parental instinct to keep saying, 'This is something that you can do. This is something that is not a daunting task.'

Hernandez said it's important for students to step out of their comfort zone and take the first step to getting involved with others on campus. He said he has felt welcomed while also engaging in various opportunities on campus that meet his needs.

"That helped me a lot," Hernandez said. "I don't feel like there's ever been a time when I've been here at Texas Tech that I'm not included in something because of my race or because I'm first-generation. I feel like the people here are very welcoming. You have to put yourself out there."

Can you tell us of a faculty or staff member who made an impact on your life and your work?
Finding supportive faculty and staff members can also make a huge difference in a student's life, especially for students who are unfamiliar with the ins and outs of higher education. Hernandez said for him, the support he has received from Keyel in the biology department and from Jon Crider, the director of the McNair Program, has been life-changing. This support system has a positive impact on Hernandez's success in the classroom and in his graduate school application process.

"Since meeting Dr. Keyel, he's helped me not only with learning more about research and developing those skills, but also with what might be good qualities to have for the next step in applying to graduate school, then what kind of things might be required when you're in graduate school," Hernandez said. "As an undergraduate, that's invaluable information to have and such an invaluable experience. He's been great. He's always accessible, he answers emails very quickly. I can just walk into his office anytime, really, and he's willing to sit there and talk with me.

"From the McNair Program, Dr. Jon Crider has been awesome. He's very accommodating and he guides us, but lets us make our own decisions on what needs to be done. That trust is a big deal."

As Texas Tech University continues to achieve excellence, stories like Colton Hernandez's let students know that from here, it's possible.