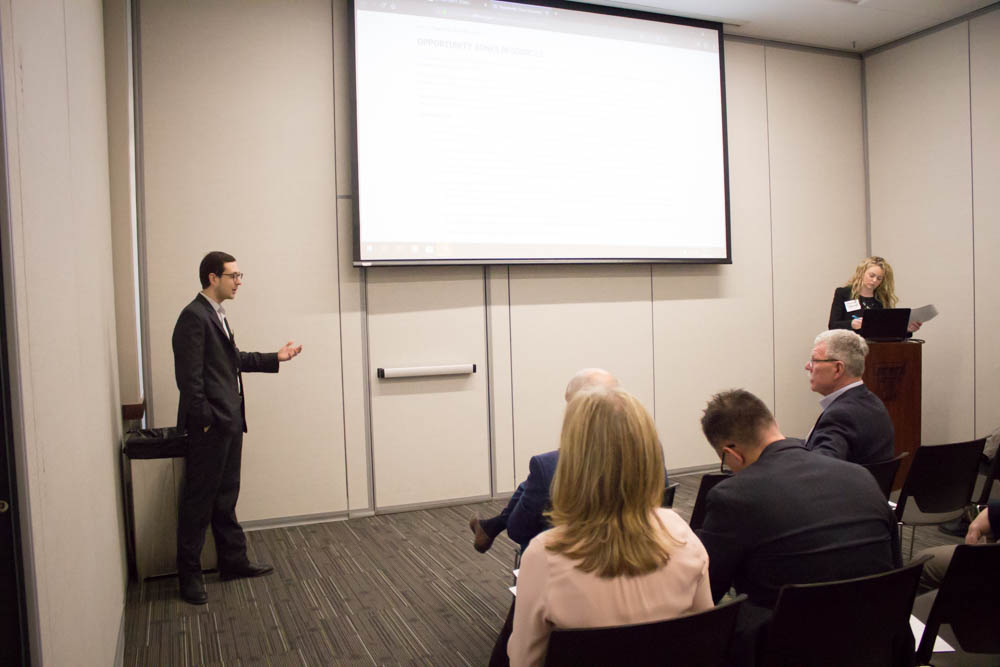 The new rules from the U.S. Treasury Department clarify that areas around mid-sized cities like Lubbock would stand to benefit substantially.

The U.S. Treasury Department released its proposed new regulations last week for tax-favored investments in designated economically distressed areas of the country called "opportunity zones," which include parts of Lubbock and the surrounding area.

The new rules, which were delayed this spring because of the government shutdown, have been eagerly awaited by investors, who had been wary of taking advantage of the tax incentives without first receiving clearer rules. With the new rules in place, they can reap maximum tax benefits by investing in opportunity zone funds and projects by Dec. 31.

The Opportunity Zones Program was previously viewed as more favorable to large municipalities, but the newly proposed rules make clear that areas around mid-sized cities like Lubbock also would stand to benefit substantially, said Nicholas Bergfeld, a research fellow in the Jerry S. Rawls College of Business.

"If you're looking at this through the lens of an investor or developer wanting to promote new investment into economically disadvantaged areas, this is pretty much as good as it could get in terms of what the rulings could have been," he said.

The federal program also was previously viewed as favorable mainly to a limited subset of real estate investors, so the investor communities had been pushing for new rulings to better align the program with how private-sector investing works.

"That's effectively what ended up happening, which is fantastic," Bergfeld said.

Issues surrounding the zones were hot topics at Rawls College in February, when it hosted the West Texas Opportunity Zone Economic Summit, attended by dozens of leaders from Lubbock and surrounding communities. Initiated by Bergfeld and led by a coordinated effort of regional leaders and Rawls College faculty members, the summit was one of the nation's first grassroots regional efforts to coordinate policies relating to Opportunity Zones, with areas of cooperation including rural housing and renewable energy.

The new rules also provided much needed clarity around how the program will work for investing into operating businesses, an area of uncertainty that previously prevented a larger investor base from engaging, Bergfeld said.

"These rulings will accelerate the pace and amount of capital flowing into Opportunity Zones going forward in a substantial way," he said.

Another major benefit of the new guidance relates to how leased property is treated in determining whether an investment or business qualifies for tax benefits under the program, said Rawls College assistant professor Stephen Buschbom, who led discussions at the economic summit earlier this year.

"The clarity and flexibility the Treasury Department provided in its release with respect to leased property was great to see," he said. "The Treasury provided much needed clarity on determining whether leases in certain situations are qualified property, as well as how leases are valued."

Under the prior version of the proposed rules, certain businesses that typically lease property had little or no incentive to locate in an Opportunity Zone, he said.

"With the most recent version of the proposed regulation, the Opportunity Zone Program stands a much better chance of helping the communities it is designed to help by incentivizing commerce, jobs creation and investment," he said.

With the new rules, the full array of potential investors could take advantage of the program, ranging from traditionally established companies and startups to Native American tribes who lease land to businesses, he said.

"The changes made to the proposed regulations signal that the Treasury is actively working with various members in the investment community to maximize the program's economic impact nationwide," Buschbom said.

The rules also clarify what happens to the tax incentive if one Opportunity Zone investment is sold and then another is bought with the proceeds, the Wall Street Journal reported, noting that funds will now have 12 months to reinvest proceeds of selling Opportunity Zone investments into new investments. Additionally, the new rules increased the allowed time for funds to hold investors' money before having to measure whether they are in compliance with a rule requiring 90 percent of their investments to be in the zone, the report said.

The Opportunity Zone Program was created as part of the 2017 Tax Cuts and Jobs Act to encourage public and private investment in urban and economically distressed areas. The first Opportunity Zones, which cover parts of 18 states, were designated in April 2018, and an executive order signed by President Donald Trump in December 2018 also established qualified Opportunity Zones. Zones have now been designated covering parts of all 50 states, the District of Columbia and five U.S. territories. Lubbock was allocated eight Opportunity Zones out of the roughly 630 designated throughout Texas. Additional Opportunity Zones were allocated in other communities in the region.