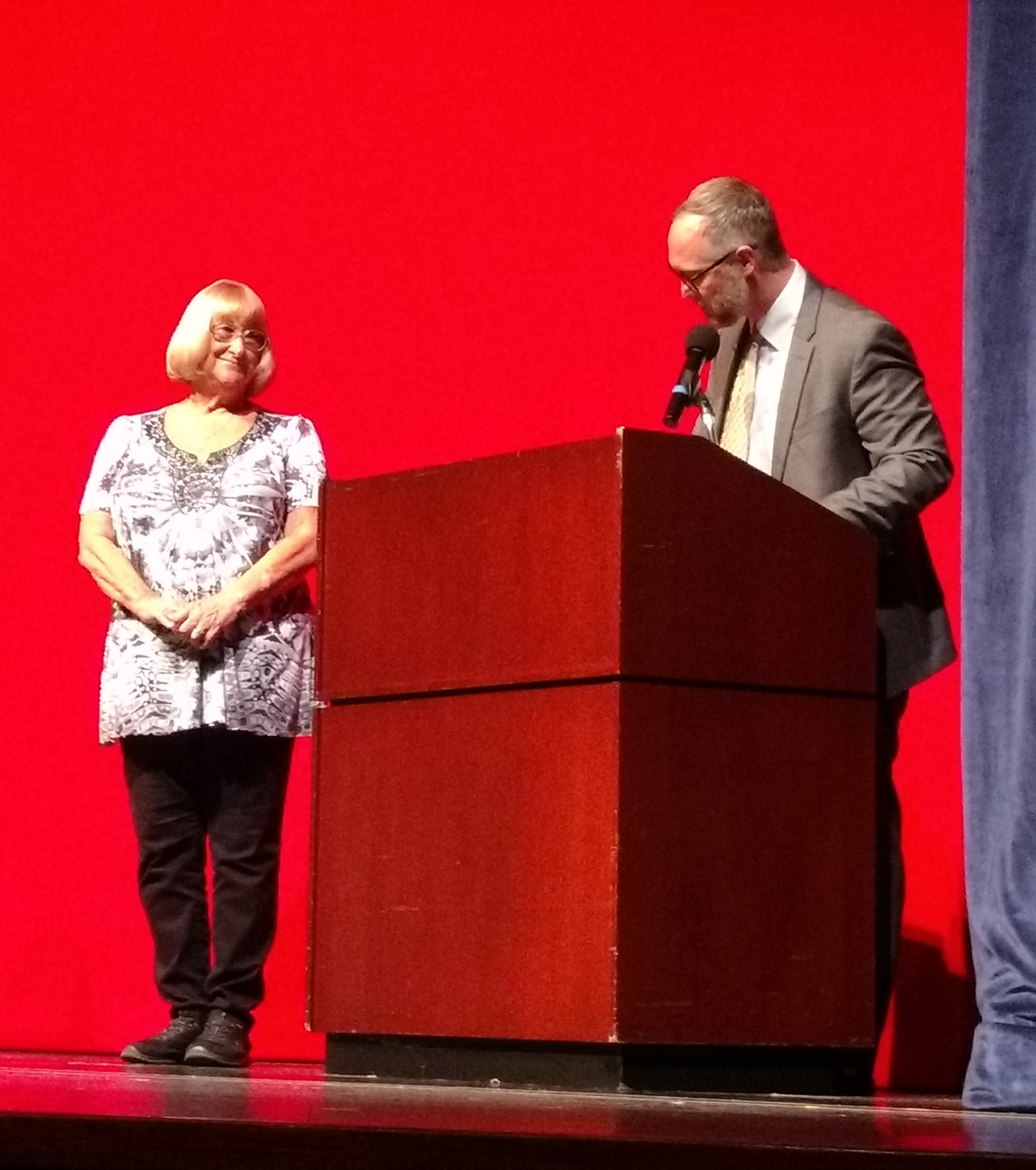 The award honors her many years of service managing one-act plays for students in the South Plains region.

During a theater production, the audience gets the chance to see the actors perform. But, what they do not see are the people behind the scenes, coordinating and managing the play so the product is successful on stage.

The people behind the scenes are hardly recognized for their work. Karen Ray, the one-act play coordinator for the University Interscholastic League (UIL) at Texas Tech University, received that recognition with the first Texas Theatre Adjudicators and Officials Service Award on April 24 in Austin.

Olga Achourkina, current director of UIL and College Connect through the Division of Diversity, Equity & Inclusion, said Ray is responsible for Region I UIL one-act play competitions for class 4A and 5A schools, directors' workshops and a summer camp. Achourkina thinks Ray deserved the recognition because of her dedication to the students.

"Karen Ray is well known in the community for her successful one-act plays and extensive expertise in the theater," Achourkina said. "She is an outstanding teacher who is always enthusiastic, engaging, and caring toward students and others. She is an extraordinary, kind and caring person who gives back to community."

According to its website, the UIL one-act play contest is a competition where high schools present an 18-to 40-minute production that is then adjudicated by a judge or panel of judges.

In each play, Ray said, there are only certain set pieces students can use for competition. Each school's team has only seven minutes to set up the production, then they have to perform.

For the performances, the adults are not on the stage with the participants, Ray said. The students are running each part of the play.

"We are preparing them for professional life, if that's what they want to go into," Ray said.

Achourkina said the competition provides students the opportunity for an engaging educational experience.

"Students learn through reading and interpreting famous plays," Achourkina said. "They explore characters, which helps them understand the social and emotional part of our society as well as gain self-awareness."

Lynn Elms, former director of the UIL for Region I at Texas Tech, said through this competition, students learn how to cooperate, how to share creative differences and how to accept defeat and success.

"One-act play is more than a competition," Elms said. "In fact, to be successful, competition is not the target, but rather personal growth and vision."

Ray said her goal as the coordinator is to raise the standards for schools across the region in competitions. She helps train teachers who help grow the programs in the region.

"We are trying to build programs that will continue to be successful," Ray said.

The most important part of being involved with the one-act play competitions is getting students involved who might not be involved in other activities, she added.

"My goal in theater is to get students who might not have success in other places and have them learn to express themselves," Ray said.

She said working with Texas Tech has been a pleasure, especially helping students be the best they can be.

Elms said no one deserves this award and statewide recognition more than Ray.

"I know no one who works harder or with more passion than Karen Ray," Elms said. "Karen received the award because she is consistent and committed to her work as a professional. Receiving this award reflects the importance Karen has given to the limitless responsibilities attached to managing one-act plays."