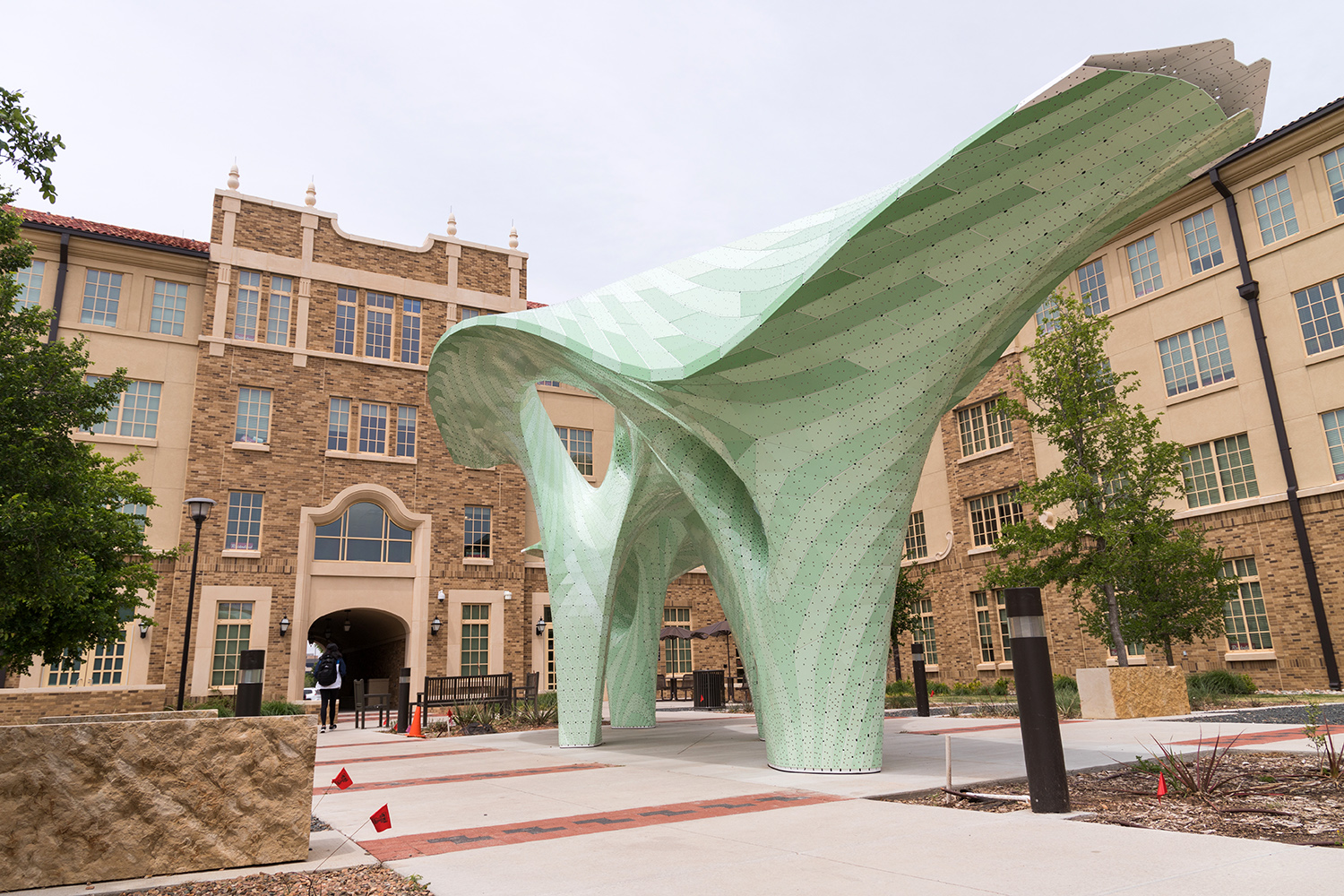 The painted-aluminum, structural-shade artwork, "Zephyr," by Marc Fornes has been installed in the landscaped courtyard of the Honors Residence Hall.

"Zephyr," the newest artwork in the Texas Tech University System Public Art Program has been installed in the landscaped courtyard of the Honors Residence Hall. The piece by artist Marc Fornes is a painted-aluminum, structural-shade piece measuring between 16 and 18 feet tall and 50 feet long and draws inspiration from the potential traffic flow patterns in the space. It also is inspired by the Banyan tree, with a large center trunk representing the university and the many flourishing roots representing the students. The piece will be dedicated in fall 2019.

Headquartered in Lubbock, Texas, the TTU System is a $2.5 billion enterprise focused on advancing higher education, health care, research and outreach with approximately 21,000 employees, more than 63,000 students, nearly 370,000 alumni and an endowment valued at more than $1.3 billion. In its short history, the TTU System has grown tremendously and is nationally acclaimed, operating at 24 academic locations in 21 cities (19 in Texas, 2 international).