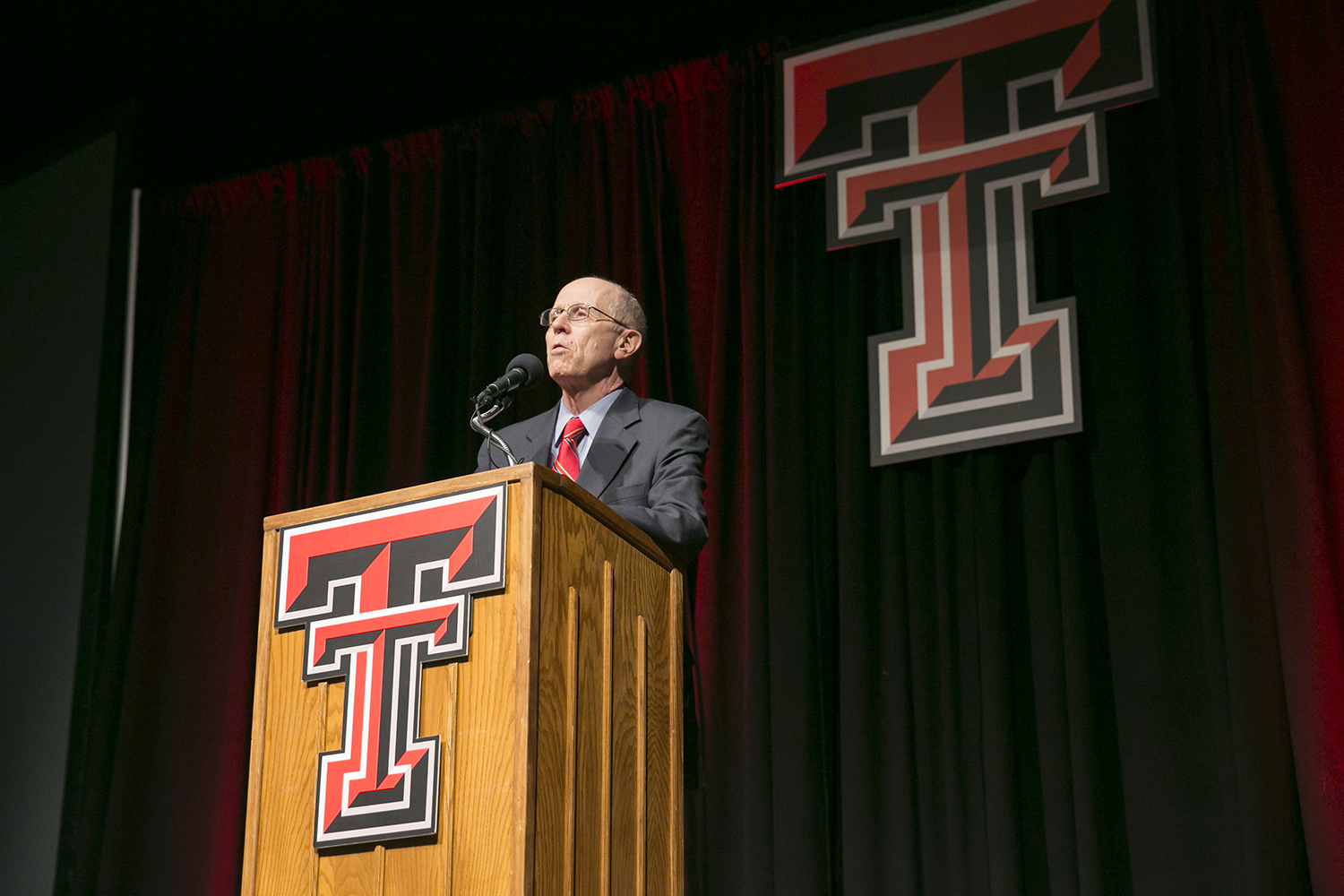 Hance served as chancellor of the Texas Tech System from 2006 to 2014. Under his tenure, the system grew to housing four universities, including the additions of Angelo State University in 2007 and the Texas Tech University Health Sciences Center at El Paso in 2013. Hance also is a founding partner of Hance Scarborough, LLP, an Austin-based law firm which focuses on state and federal administrative law and regulatory and legislative law as well as advising clients in oil, gas and other energy-related matters.

"The hooding ceremony is a special occasion that marks an important professional milestone for our graduates," said Jack Wade Nowlin, dean and W. Frank Newton Professor of Law in the Texas Tech School of Law. "We are honored to have Chancellor Emeritus Kent Hance address our graduates as they embark on this exciting next step. His tremendous career sets a wonderful example for our graduates and I look forward to his message to our students. I know it will be inspiring and uplifting."

Hance became a United States congressman in 1978. During his tenure, he authored and helped pass the largest tax cut in history and served on the ways and means committee, the agriculture committee and the science and technology committee.

Hance earned a bachelor's degree in business administration from Texas Tech in 1965 and graduated from the University of Texas School of Law in 1968. Hance then returned to Lubbock to practice law and teach business law at Texas Tech.

The School of Law R21 parking lot, located at the intersection of Indiana Ave. and Texas Tech Parkway, will be open to graduates and their guests the day of graduation.