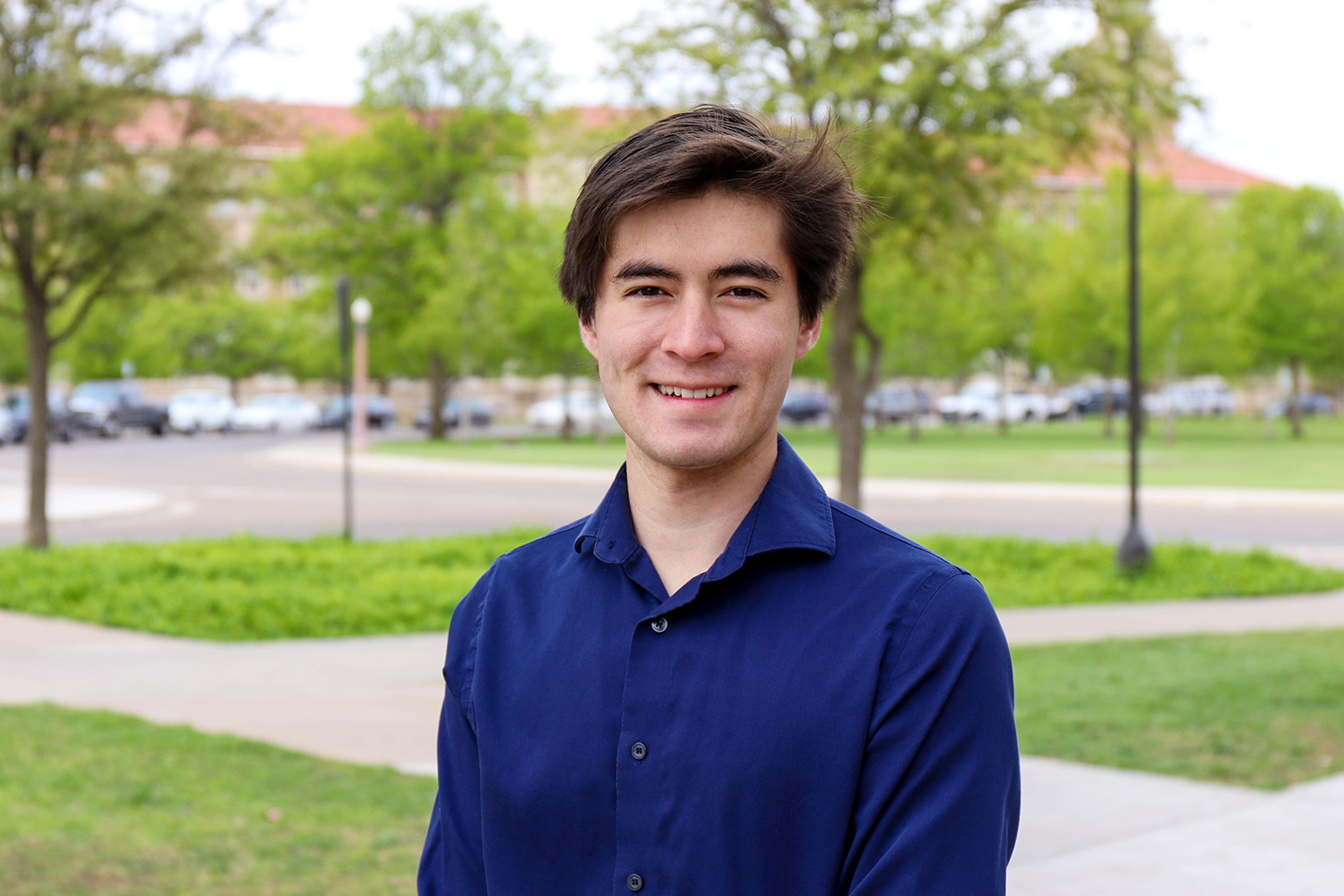 After an eye-opening trip to Haiti, Adrian Falco is focused on the challenges of delivering medical supplies there.

When Texas Tech University senior Adrian Falco receives his bachelor's degree in biochemistry at this weekend's commencement ceremony, he'll take with him a number of other accomplishments as well.

Falco won this year's Texas Tech Parents Association Student Academic Leadership Award representing the College of Arts & Sciences. The native of Friendswood is president of the Bayless Elementary Mentoring Program, an Honors College initiative. And, as his last step before beginning medical school at the Texas Tech University Health Sciences Center, he's finishing his Honors thesis on the challenges of delivering medical supplies and services to Haiti.

Falco began mentoring students at Bayless Elementary during his freshman year as one of 52 Honors College mentors who met once a week with their mentees to play board games and do other engaging activities.

That first year, Falco mentored two students and helped them identify academic subjects they might be interested in. One, a fourth-grader, showed an interest in science – particularly chemistry. So Falco set to work designing a special program for that student.

"By the end of the year, the fourth-grader could recite half of the periodic table by memory," Falco said. Encouraged by his student's progress, Falco organized a fundraising campaign to provide full scholarship funding for the child to attend Shake Hands with Your Future, an academic summer camp at Texas Tech offered through the Division of Diversity, Equity & Inclusion's College Connect program. The campaign was so successful it raised enough funds to help other Bayless students attend the camp.

Now preparing to end his term as its president, Falco says the program has grown to more than 100 mentors strong.

Of course, Falco isn't just passionate about helping children. As an aspiring physician, he also wants to bring attention to health care needs around the world.

His Honors College thesis on delivering medical supplies and services to developing countries is based on a trip he made to Haiti last summer. Through the Haiti Partnership ministry of Highland Park United Methodist Church in Dallas, he spent a week observing medical teams in Petit-Goâve, a coastal town of 12,000 people about two hours southwest of the Haitian capital, Port-au-Prince. During his time there, Falco noted the lack of infrastructure that remains nearly a decade after a 5.9-magnitude earthquake directly beneath Petit-Goâve killed 1,000 people.

"There's no clean running water for the Haitians," he said. "A lot of buildings were in shambles."

There's also a drastic shortage of available medical care. Petit-Goâve has no eye doctors, so while working with Dallas ophthalmologist Dr. Gary Fish of Texas Retina Associates, Falco saw firsthand the great need of many Haitian people with eye diseases. He remembers one woman in particular – an elderly woman with patches over both eyes – who suffered from detached retinas.

"It was a problem that would have been easily solved in this country," Falco says, "but in Haiti it was hopeless."

It's problems like this that he hopes to solve.

"Quality health care is one of the most important things," he said. "Without it, you have nothing."