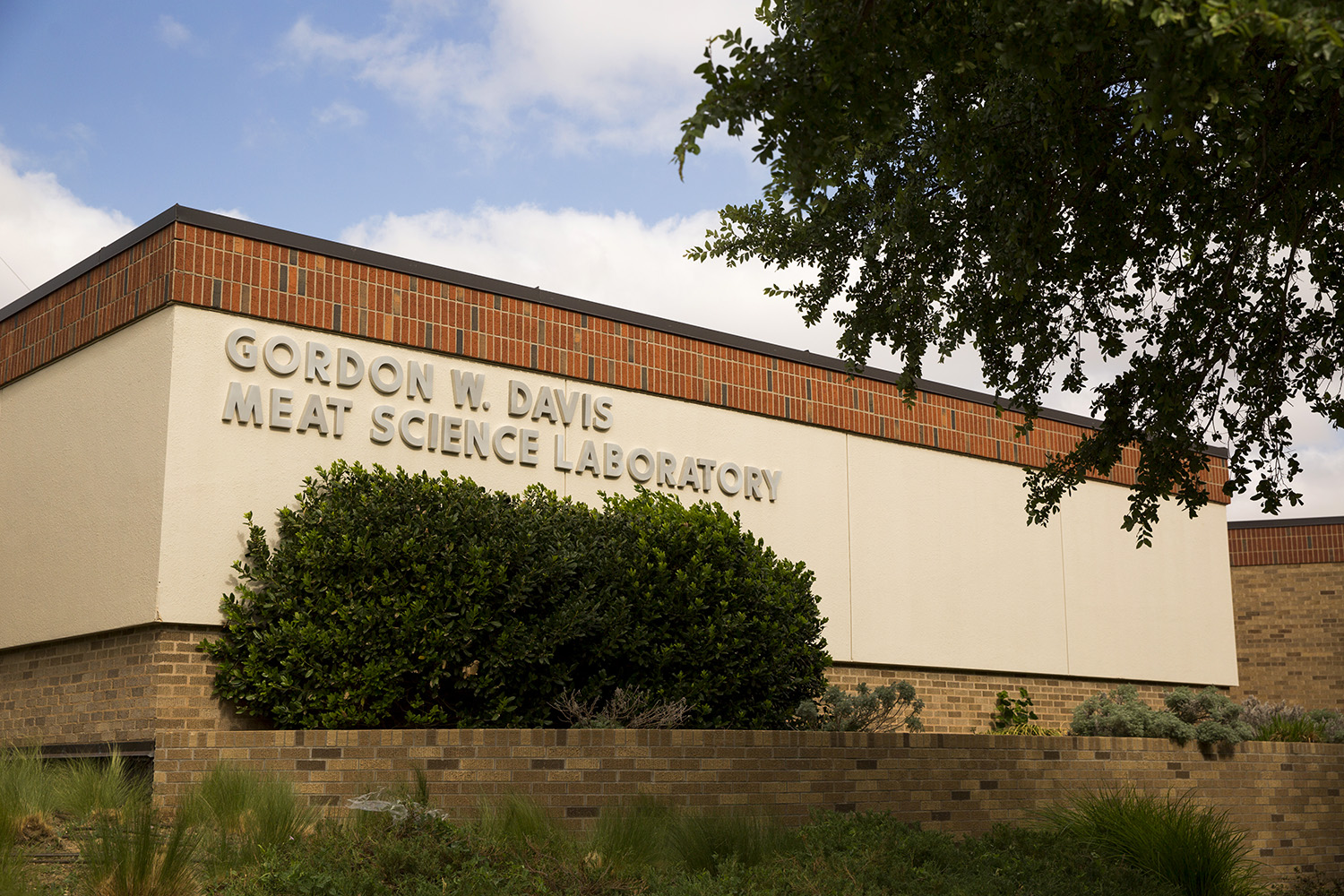 The American Meat Science Association (AMSA) will recognize two Texas Tech University faculty members for their contributions to the meat industry during its annual conference next month.

Mark Miller, a professor and the San Antonio Stock Show & Rodeo Distinguished Chair in Meat Science, will receive the 2019 Distinguished Research Award. The award was established in 1965 to recognize members with outstanding research contributions to the meat industry. It is sponsored by Conagra Brands, Inc.

Jerrad Legako, an assistant professor in the Department of Animal & Food Sciences, will receive the 2019 Distinguished Achievement Award. Established in 1992, the award is designed to recognize and foster the development of young AMSA members who have demonstrated significant scientific skills in muscle foods research and technology, contributing to the animal products industry and the AMSA. The award is sponsored by the Burke Corporation.

The awards will be presented at a banquet on June 25 during the AMSA 72nd Reciprocal Meat Conference in Loveland, Colorado.

Miller's research has had a tremendous impact on U.S. agriculture and on the international landscape as well, especially in the areas of consumer meat quality research, meat animal grading, meat animal growth and composition and meat safety.

"I am humbled and greatly honored to be a part of the Texas Tech University Meat Science family who made this AMSA research award possible for me to accept for our program," Miller said. "The award is truly a team effort and not an individual accomplishment. I am thankful for God blessing me with all of the awesome undergraduate and graduate students, faculty, colleagues, co-workers, staff, administrators, industry partners and my family and friends who all have a big part in making this possible."

During his tenure, Miller and his team have been instrumental in helping the industry develop consumer thresholds for beef tenderness, having generated more than 85,000 consumer observations on U.S. and global beef consumers. The consumer data collected by Miller and his coworkers have been used to develop the thresholds for the U.S. Department of Agriculture's Agricultural Marketing Service and the United Nations International Meat Quality Committee to establish standards for beef palatability and tenderness claims for global trade and in the U.S.

Miller's team of graduate students and coworkers was among the first to document that beef flavor is equally important as beef tenderness as drivers of consumer acceptability for both global and U.S. consumers. National retail meat case surveys conducted by Miller's graduate and undergraduate students and research team members across the U.S. for the National Cattlemen's Beef Association, National Pork Board and Sealed Air Corporation have characterized the significant changes for meat in the retail meat case during the last 15 years for the meat industry.

Miller has extensively investigated the effects of growth implants and feed additives on beef quality, consumer satisfaction and red meat yield. He has investigated the impact of implants and beta-agonist on carcass cutability and meat quality characteristics to ensure the beef marketed to consumers meets their demands for consistent and pleasurable eating experiences. Miller and his research team have multiple patents, two of which are with partners at Cargill and Supa Chill to improve beef tenderness, muscle color and shelf life through electrical stimulation and accelerated chilling. Additionally, he has patents with his coworkers for meat safety using probiotics to reduce pathogens in live cattle and on meat products.

Miller has clearly demonstrated his ability to adhere to sound scientific principles to address real-world issues and produce applicable results. To date, he has served as investigator or co-investigator on projects totaling more than $36 million, resulting in more than 245 referred journal articles, 15 books and book chapters, more than 320 technical articles, 442 abstracts and multiple U.S. patents.

He is a member of AMSA, the American Society of Animal Science (ASAS), the Institute of Food Technologists and the Red Angus Association of America. Miller has been awarded the Outstanding Young Animal Scientists Education and Research Awards by the Southern Section of ASAS, as well as AMSA's Teaching Award, Achievement Award, Signal Service Award and the AMSA Intercollegiate Meritorious Service Award.

At Texas Tech, he has received the Texas Tech University Chancellor's Council Distinguished Teaching Award and College Research Award. He has served as adviser to more than 110 graduate students and has developed a nationally recognized meat judging program accounting for more than 100 contest wins and 12 national championships since 1990.

"Dr. Miller is highly regarded as a premiere educator and meat judging coach," said Michael Orth, chairman of the Department of Animal & Food Sciences. "Thus, his many outstanding research accomplishments can be overshadowed. I am glad to see him being recognized for his contributions to meat science research."

Legako's research and teaching specialization is in the area of meat science, and his research program primarily focuses upon pre- and post-harvest factors which influence beef quality. Legako's program is differentiated from others based on his usage of analytical chemistry to explore beef flavor character and beef flavor development. Some of the specific factors being explored in Legako's research group include how animal diet, management, genetics, post-mortem aging, packaging and cooking influence beef flavor.

"There are many reasons why Texas Tech has had and continues to have a successful meat science program," Legako said. "The commitment of the Texas Tech administration to West Texas industries, such as livestock and food production, is evident through their support of faculty working in these areas. However, the most important part of our success is the people who come to work each day with great attitudes and clear vision. This award is a testament to the many mentors, collaborators, students, friends and family who have helped me along the way. I am thankful for each person who has been a part of my journey to this point. I am excited for what the future may hold."

Thus far in his academic career, Legako has served as an investigator on research projects totaling more than $3.1 million. Results from these research efforts have been presented in 34 peer-reviewed journal articles, 82 refereed abstracts, eight proceedings papers, one invited white paper and one co-authored book chapter. Legako also has been invited to speak for a number of academic, extension and industry audiences.

Legako was a faculty member at Utah State University for three years (2013-2016) prior to his current position at Texas Tech. During his time as a faculty member at Texas Tech, Legako has been charged with instructing courses, such as experimental techniques in meat chemistry and muscle biology, food analysis, food chemistry, and meat technology and processing. Legako has mentored six graduate students through successful defenses as their major adviser and three graduate students as co-adviser.

"Dr. Legako is an outstanding young faculty member who is quickly establishing a national reputation in beef quality research," Orth said. "He is developing into an excellent teacher, mentor of graduate students and colleague at Texas Tech University. I am thankful he is a member of our department."