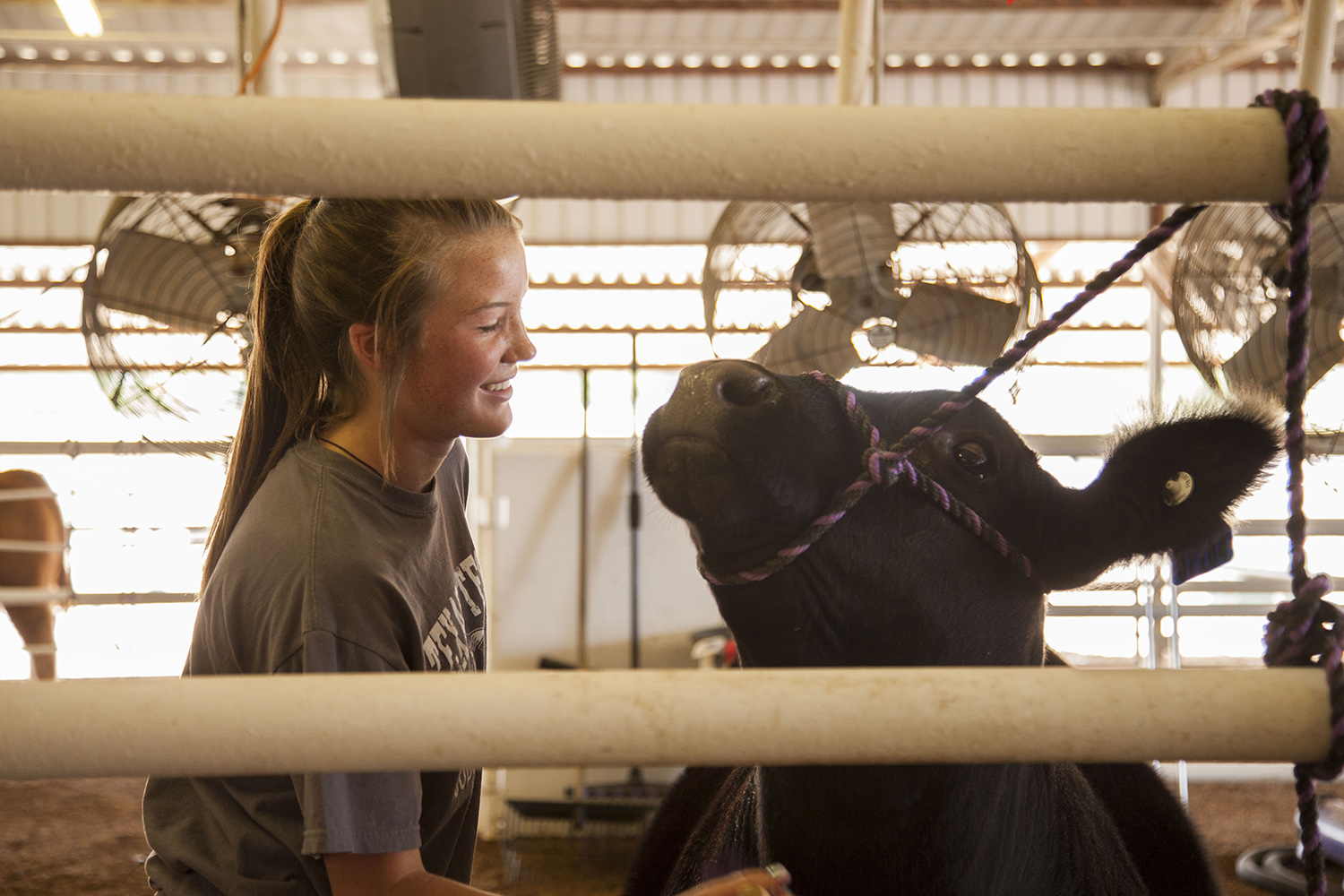 Since Texas Tech announced its plans for a veterinary school, the number of new pre-veterinary majors has doubled while record numbers of Texas students are leaving the state to pursue their veterinary education in other states and, increasingly, other countries.

A century has passed since Texas' only veterinary school was established, and the state's need for veterinarians vastly outpaces what any single institution can provide. With decades of population growth, demand for veterinary medical education exceeds the capacity of the sole Texas institution many times over.

That, in part, is why the new School of Veterinary Medicine at Texas Tech University is so important: it expands access to affordable education for Texans. Its other primary goal is to train veterinarians that service small, agricultural and regional communities across Texas.

Tiffanie Brooks, Texas Tech's attending veterinarian and Director of Animal Care Services, said the lack of spaces available for veterinary students in Texas has played a part in the state's shortage of such veterinarians.

"The rural communities have lost that veterinary contact because of the shift of the type of student who has been accepted into veterinary school, and I think that's what we need to get back to," Brooks said.

In response to this critical shortage, Texas Tech has created an innovative, cost-efficient model for its School of Veterinary Medicine, which stands to solve and serve the needs of Texas.

"This is a distributive model, so these students will not be learning in a teaching-type hospital," Brooks said. "They will go out and work in real-world veterinary practices and in real-life situations, and I think they will learn to adapt better."

Texas Tech has based its veterinary education model off the successful, fully accredited program at the University of Calgary in Alberta, Canada. The program at Calgary, which graduated its first class in 2012, was specifically designed to address a similar shortage of rural veterinarians. After seven years of implementing this distributive model, 98 percent of graduates stayed in the province and almost two-thirds of those in private practice took positions that serve the rural needs of Alberta.

Additionally, multiple veterinary schools around the nation and world follow the distributive model, including Lincoln Memorial University in Harrogate, Tennessee, which recently received full accreditation by the American Veterinary Medical Association; the highly ranked University of Nottingham in the United Kingdom; and Charles Sturt University and James Cook University, both in Australia.

The model for Texas Tech's School of Veterinary Medicine is intended to recruit and train students who have a passion for serving small, agricultural communities in an effort to bring veterinarians back to rural Texas.

Maddy Ainsley, a senior animal science pre-veterinary major from Hondo, said she plans to return to a rural area because she enjoys being part of a tight-knit community and is passionate about helping people and animals alike.

"Once I get to veterinary school, I do want to graduate with my Doctor of Veterinary Medicine, and my plan is to practice mixed-animal veterinary medicine in a rural community," Ainsley said.

Texas Tech provides the highest quality education to its students, Ainsley said, and she believes Texas Tech's dedication to student success is what pushed the university to create the School of Veterinary Medicine.

"Texas Tech is constantly trying to put us in a position to be successful," Ainsley said. "As far as classes go, the hands-on experience you get here is second to none."

Freshman animal science pre-veterinary major Kurt Marion from Denver City said he wants to go back to a rural lifestyle upon graduation because he has witnessed the shortage of rural veterinarians firsthand.

"Growing up, I was always around show animals, and it seemed like every time we wanted to go to the vet, we would have to drive an hour or more," Marion said. "So, I saw the need to be a vet to fill in the gap for rural areas, and that's one of the reasons why I chose it."

Because of his background in agriculture, Marion said his interest lies in large-animal medicine. He said he has always been intrigued by the important role that livestock play in the agriculture industry.

"My passion is really large animals, anything from horses to cattle, and the processes that we use them for in agriculture," Marion said.

Every year, hundreds of students like Maddy and Kurt are faced with the fact that they must go out of state in order to pursue their Doctor of Veterinary Medicine. The average tuition and fees for a Texan to go to veterinary school outside of Texas is in excess of $52,000 per year, approximately double the rate of the state's sole existing program.

A generation ago, the state's existing veterinary program met 80 percent of the veterinary workforce demand, according to data from the Texas Board of Veterinary Medical Examiners. Today, 75 percent of Texas' newly licensed veterinarians are graduates of out-of-state programs, which means Texas is now overwhelmingly dependent on other states and countries to supply the majority of its veterinary workforce.

"I don't want to have to go to another state just to go to veterinary school," Marion said. "With the increased cost of out-of-state tuition and everything like that, it would be a lot better if Texas Tech had a veterinary school."

"I think Texas Tech's veterinary school is definitely going in the right direction," Ainsley said. "The people who are investing in it and supportive of it truly understand the need for more veterinarians in small, agricultural and regional communities across all of Texas."