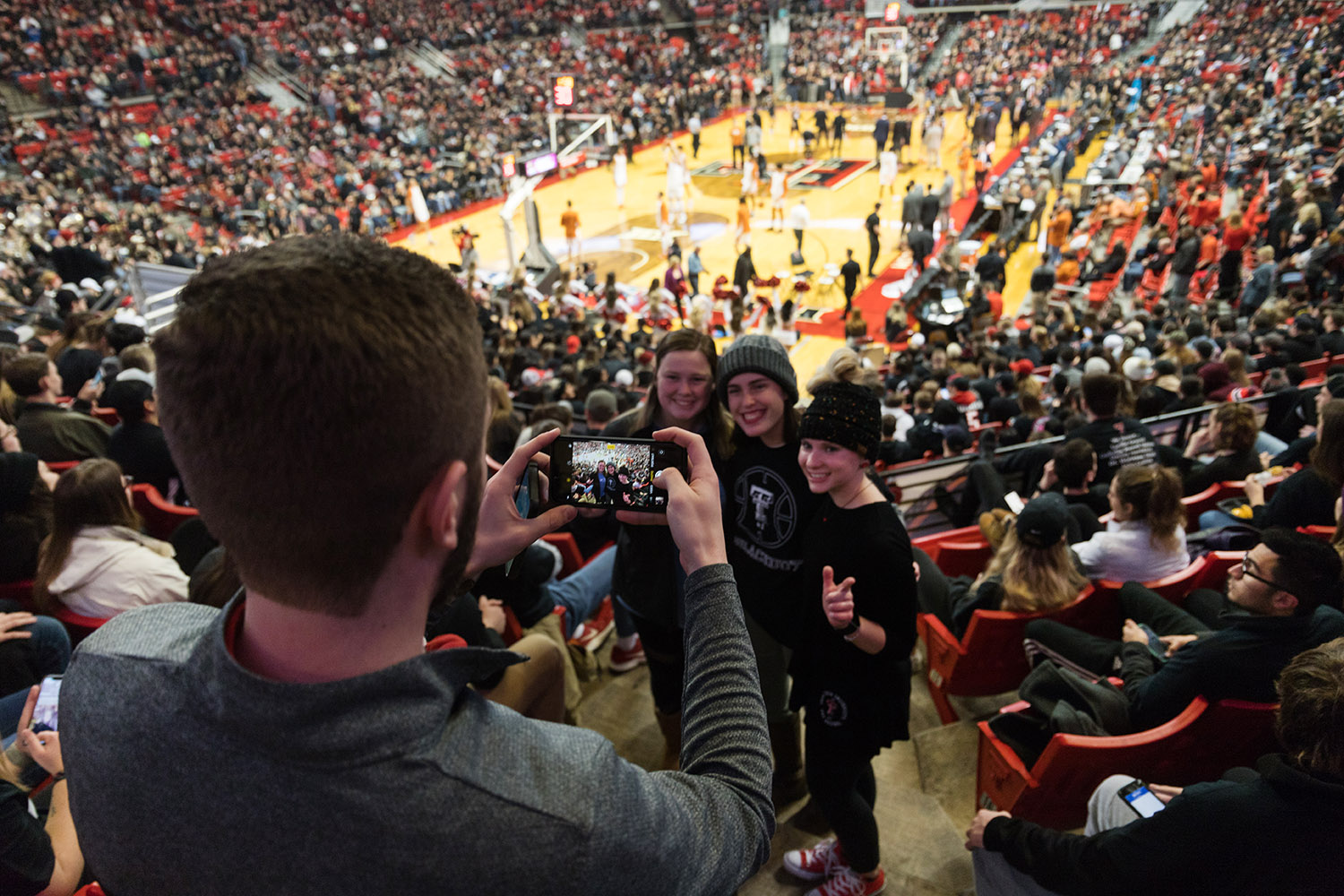 Much like the Texas Tech men’s basketball team, social media engagement has lit up during March Madness.

But the men's basketball team hasn't been the only success story during March Madness. The university's and the team's social media accounts also have garnered new fans.

"The social media engagement surrounding this run to the Final Four is unlike anything I've seen during my time at Texas Tech," said Blake Zimmerman, director of social media for Texas Tech Athletics. "From follower growth, to interactions, to exposure in general, it has been astounding. Our main goal as a social media department is to capitalize on opportunities in which we have exposure and turn it into growth and visibility on our end. It's like trying to catch lightning in a bottle, but I believe we are doing it."

Allison Matherly, coordinator of digital engagement in Texas Tech's Office of Communications & Marketing and an adjunct instructor in the College of Media & Communication, noted that this historic March Madness run has no doubt given Texas Tech increased visibility for all the university has to offer, not just athletics.

"It's clear the Red Raider Basketball team's road to the Final Four has introduced Texas Tech to new audiences and invigorated our existing ones, and we're seeing the social media engagement to back that up," Matherly said. "The excitement around the Final Four doesn't only apply to basketball, though. We're seeing increased social media engagement on all fronts: academics, research and admissions. We aim to share degrees of impact happening on our campus every day and thanks to the Final Four, we're sharing those Texas Tech stories, innovations and research even further."

Here are some of the social media stats from the university and the men's basketball team accounts:

With more than 2 billion monthly active users, Facebook is still the reigning champion of social media channels, so gaining the attention of its users can be challenging. Since Texas Tech entered the March Madness tournament, the men's basketball Facebook page has experienced a 30% growth rate in the past 30 days. The team's page also has received 2.67 million video views in March.

With 1 billion users and growing, Instagram is the go-to social media app for photo sharing. Since more eyes are currently focused on basketball, the men's basketball Instagram account has seen a 68% growth in followers.

Twitter has more than 300 million active users and is considered the seminal app for breaking news. Just like the fast breaks the men's basketball team is known for, its twitter handle (@TexasTechMBB) has seen fast growth of 17%, with the majority of that growth occurring in the past week.