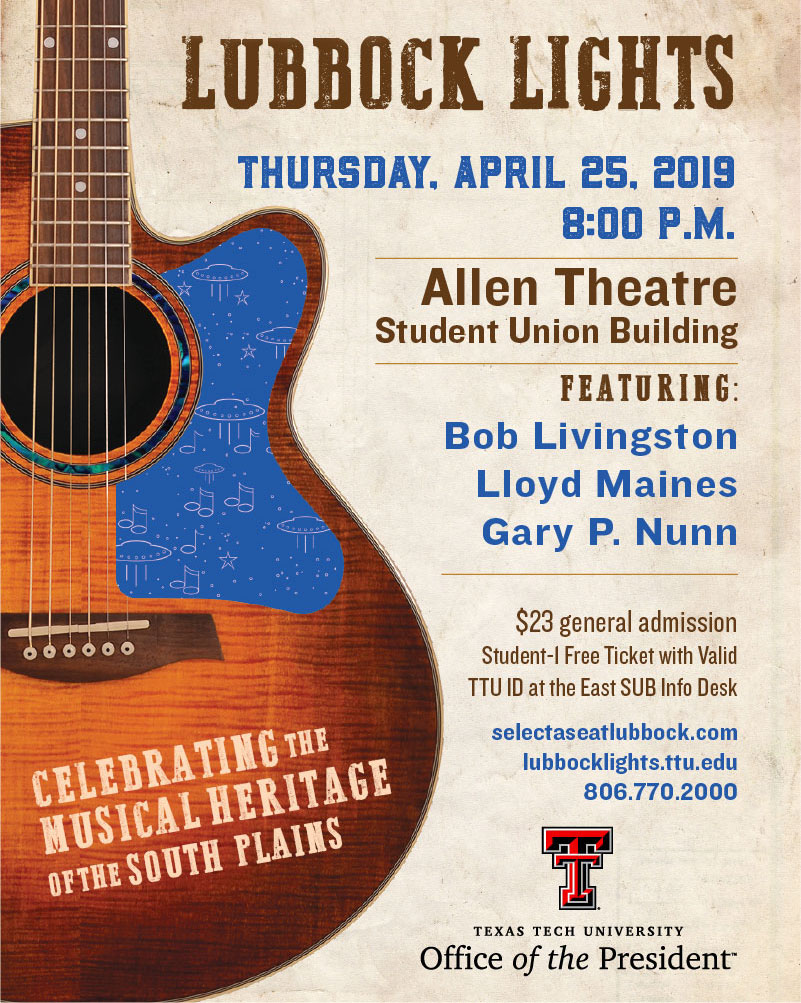 Texas Tech University will host the fifth annual Lubbock Lights, an evening celebrating the musical heritage of the South Plains, at 8 p.m. April 25 in the Allen Theatre of the Student Union Building (SUB).

Bob Livingston, Lloyd Maines and Gary P. Nunn will perform that evening. This event features discussions and performances and gives attendees an inside look at the creative processes and inspirations that go into each artist's work.

"These West Texas musicians have been influential in defining a genre of country music," said Lawrence Schovanec, Texas Tech president. "Through their many years of performances and success, they have been ambassadors not only for music in Texas, but for the state itself. We are excited to have them perform and tell stories at our annual Lubbock Lights."

Maines said Livingston and Nunn were very important in helping expand the Texas Music scene in the early 1970's.

"They are both master songwriters and performers," Maines said. "They set the musical bar high back then and still carry the Texas Music torch almost 50 years later. And they are still good West Texas boys."

The event is sponsored by the Office of the President. General admission tickets are on sale for $23. Students get one free ticket with a valid Texas Tech ID at the East SUB Information Desk. Tickets can be purchased online through the Lubbock Lights website, through Select-A-Seat locations or by calling (806) 770-2000.