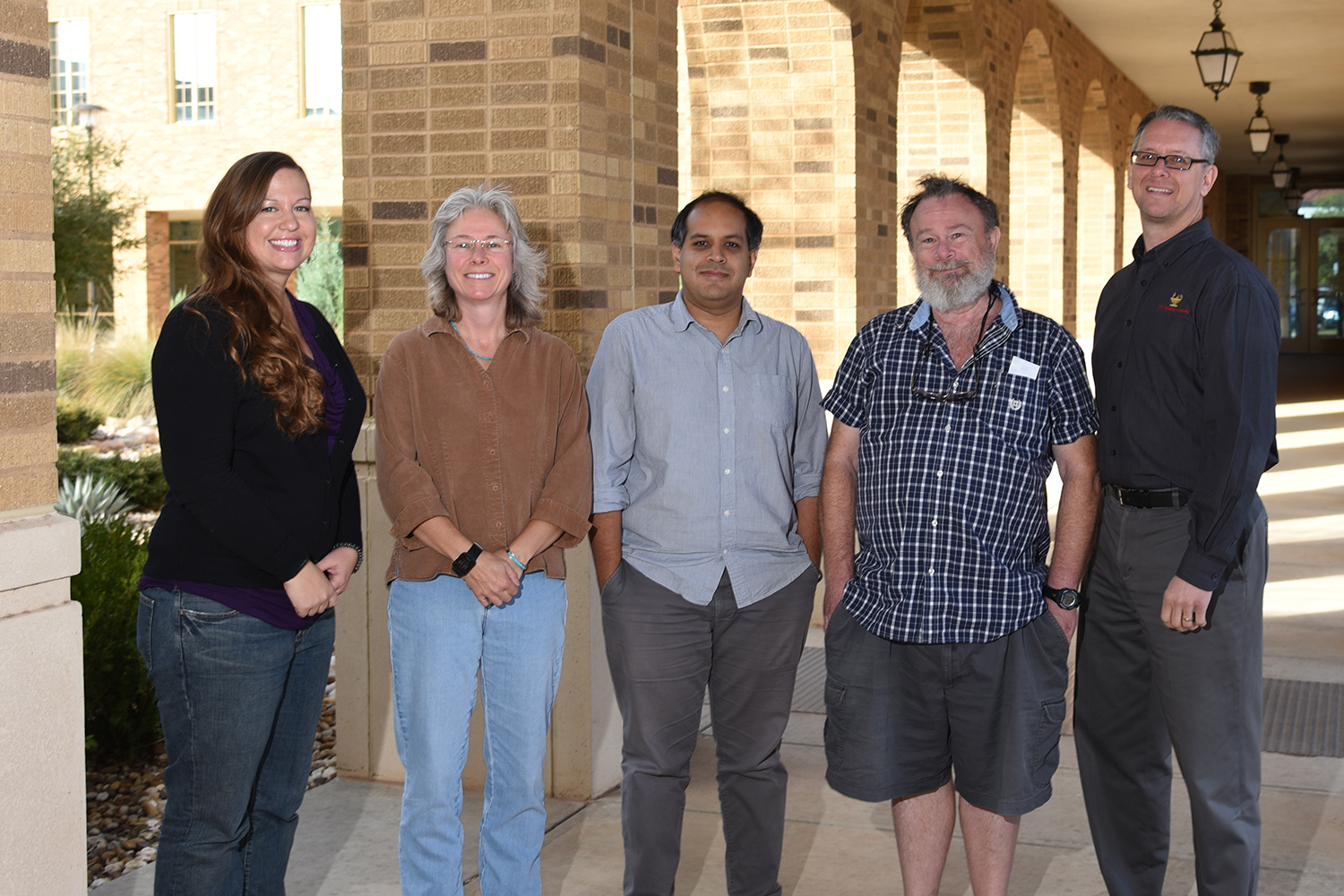 The research team is led by assistant professor Samantha Kahl.

Both species are considered as "nearly threatened" and are currently under review for a change in status listing by the U.S. Fish and Wildlife Service. Led by Samantha Kahl, an assistant professor in the Department of Natural Resources Management in the College of Agricultural Sciences & Natural Resources, the reptile research project is supported by an approximately $870,000 grant from the Texas Comptroller of Public Accounts.

Tracking habitat change over time will allow determination of whether human activities are positively or negatively impacting these species, and may give insight into how the snake and lizard are using the habitat they now have.

Joining Kahl on the research team from the Department of Natural Resources are Carlos Portillo-Quintero, an assistant professor of geospatial information systems; Robert Cox, an associate professor of habitat restoration ecology; and Gad Perry, a professor of conservation biology as well as Nancy McIntyre, a professor of landscape ecology from the Department of Biological Sciences in the College of Arts & Sciences. Mike Duran, a vertebrate zoologist and herpetologist with The Nature Conservancy in Corpus Christi, also will assist with the research.

The desert massasauga and spot-tailed earless lizard are experiencing declining populations in West and South Texas grasslands as a result of habitat loss and fragmentation stemming from landscape conversion. Both species are now largely confined to habitat remnants and are, therefore, both of conservation concern.

These remnant habitat patches are likely to be affected by multiple stressors altering the habitat, including Buffelgrass, an invasive bunchgrass that physically reduces burrow and prey availability and can impact freedom of movement across the landscape. Due to its potential impact, density of Buffelgrass throughout the habitat also will be assessed in this project.

Over the course of the next three years, researchers will conduct extensive habitat mapping and fieldwork in order to assess the potential impacts of human development and habitat fragmentation throughout the reptiles' range over long and short time periods, attempting to assess previous decades as well as changes in the most recent years.

Although Texas has plenty of wide-open spaces, those spaces are becoming fragmented over time due to urbanization, fencing, new roads and all forms of development, Kahl said. These factors can change, divide, reduce and degrade native species' habitats.

Any time a species is lost, the overall function of the ecosystem may be affected, Kahl said. For humans, that may mean not only seeing fewer species on the landscape, but indirect effects that could include changes in species interactions, plant life, soil chemistry, water filtration and air quality, among others.

"Essentially, as biodiversity decreases, ecosystem function may also decline," she said. "But this is something that we as humans may not see happening until the impacts are already irreversible."