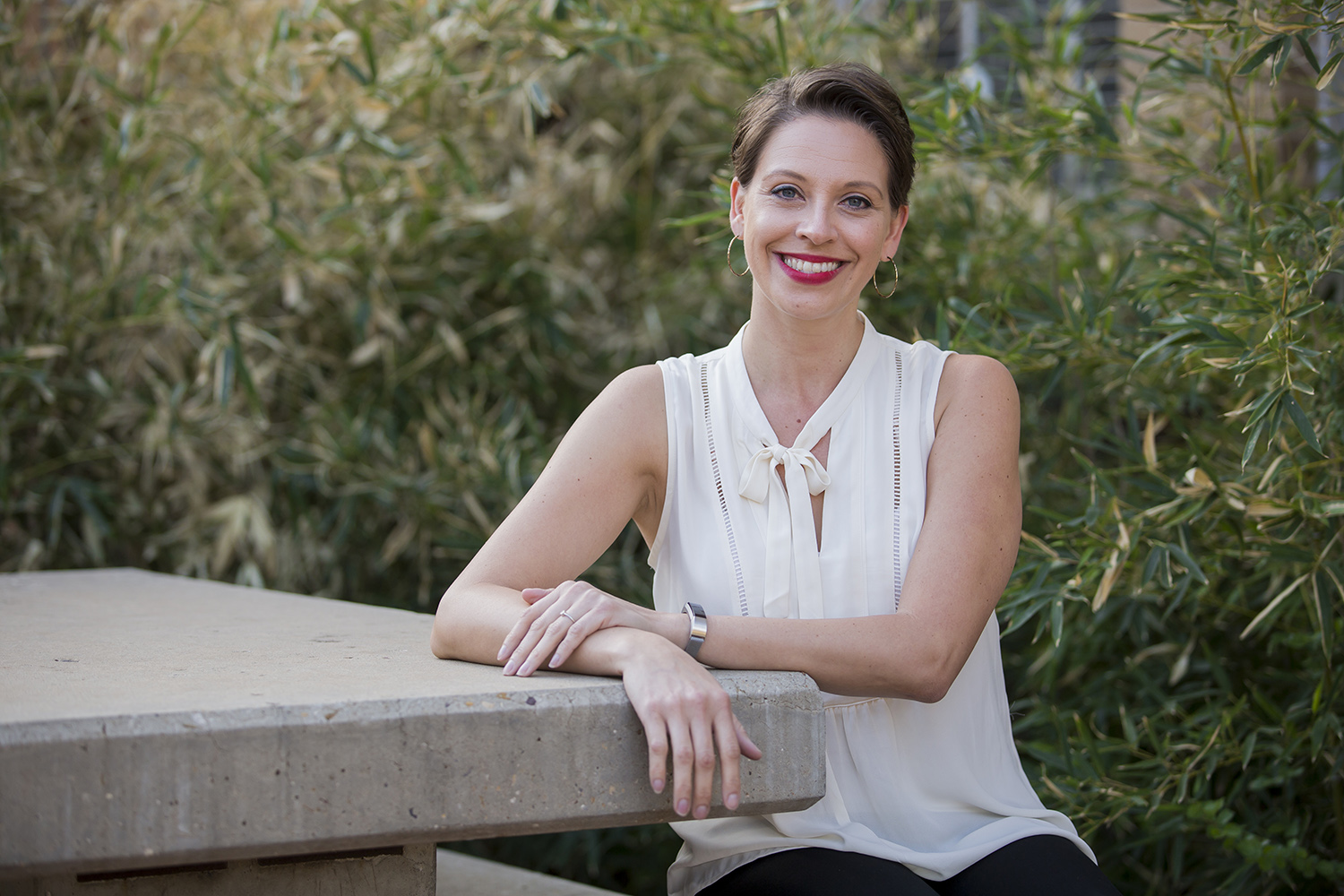 Erin Justyna will transition from vice president to president at the annual NACADA conference in October.

Erin Justyna, director of the Center for Transformative Undergraduate Experiences (TrUE) did not anticipate her professional career developing at Texas Tech University upon the start of her undergraduate degree, she said. However, after 21 years at Texas Tech, Justyna holds a Bachelor of Science in Human Development and Family Studies, a Master of Arts in Interdisciplinary Studies and a doctorate in Education Curriculum and Instruction.

Her education and involvement at Texas Tech has given her the opportunity to serve the university as an adviser for students with disabilities and mentor students returning from probation and suspension. She also promotes and facilitates the professional development of academic advisers.

As a kid from El Paso with little money and no car, Justyna said she chose to attend Texas Tech because her best friend offered a ride to campus. During Justyna's sophomore year she transferred to the University of Texas as a dance major before realizing her financial aid didn't transfer over with her. She took three years off from school, got married, had a child, transferred back to Texas Tech and changed her major five times all before graduating with her bachelor's degree. Since then, Justyna has earned her master's and doctorate, while serving the Texas Tech community.

As the director of TrUE, Justyna is working to promote high-impact practices, she said. As a tier one research institution, Texas Tech incorporates high-impact practices for students such as research, service learning, internships, study abroad, capstone courses, learning communities and student organizations sponsored by colleges. These hands-on opportunities have shown to be transformative for student learning.

"I think for a lot of the colleges and departments, they just don't have a language around this, they didn't realize they were doing something called a high-impact practice," Justyna said. "They were just teaching well, or doing something they thought was good for students to get into the industry."

Texas Tech probably isn't far from 100 percent, Justyna said, but once all the reports come back, the center will be more equipped to analyze and direct. If there are holes in certain departments or some students have fewer opportunities than others, the center can use that information to effectively target what needs to be implemented or promoted to support those students.

Students unaware of current high-impact practices available for them are only a part of the challenge, Justyna said. The other half of the challenge is determining how to most effectively improve current high-impact practices and implement new ones. Depending on the circumstances, possible solutions include education, training and grants. Funding always is needed because hands-on learning opportunities are often expensive. However, it is experiential learning that makes education come alive for students.

Justyna's passion for student success is what has fueled her involvement in The Global Community for Academic Advising (NACADA), she said. Justyna has been voted the president of NACADA and will transition from her year-long term as vice president to president at the annual conference in October. NACADA believes effective advising directly affects the success of students. The organization aims to develop the profession of academic advising in higher education through innovation, research and practice.

"I've always been a dabbler," Justyna said. "I don't like to feel boxed in because it's not how the world works. It's very a transdisciplinary kind of world we live in."

As vice president, Justyna's focus has been on increasing inclusivity within NACADA membership, she said. The association is aware that not all advising professionals have the same advantages when it comes to involvement. Some universities or colleges are unable to financially send them to the NACADA conferences. Historically, marginalized populations have also been underrepresented in membership and leadership. Justyna's running platform has been to ensure that membership is more accessible for everyone.

NACADA is a global association of 15,000 members which makes for great diversity, but, it also means progress can move slower because of logistics, Justyna said.

"We have a lot of online meetings, because we're not together," Justyna said. "So when you're talking about getting somebody form the Netherlands and Hawaii and the Central Time zone in on a meeting, it can be interesting."

Despite these challenges, Justyna has seen NACADA make progress, she said. To start increasing inclusivity and diversity, the association has undergone a self-study, including data collected by outside consultants. Interviews and focus groups with members have painted a more accurate picture of NACADA membership. The self-study was a beneficial place to start, but Justyna wants to narrow the focus as she transitions to her role as president.

"You're only in the role of president for a year, so you can only change so many things," Justyna said. "We're trying to take our time and make sure we do things right and not just rush."

For NACADA members who are unable to travel to conferences, Justyna said there are still resources available online accessible for those passionate about cultivating their advising profession. The more they invest in the impact they have on student success, the more tailored the profession becomes.

Advisers on Texas Tech's campus have been pushed to develop professionally as the university has taken more action to support them, Justyna said. Additional awards for advisers have been implemented. Ultimately, the goal is to get more advisers to see the value of participating in professional associations. However, money can still be an obstacle blocking the road to professional development.

"Sometimes people from other institutions are self-supporting and not everybody can or wants to pay out of pocket to be in this kind of association," Justyna said. "As the role gets more visible on campus and people really see that the advisers are a key component to student success and retention, then more and more people will see the value of pushing to have support for membership in the professional association."

Justyna's professional family has supported her vision and mission throughout her career at Texas Tech and in NACADA, she said. However, that support was most evident during her fight with cancer.

It was during that time that donut Fridays went from a small outing with her children to a support movement across the globe, Justyna said. For two consecutive years, friends and colleagues paid for her and her children's donuts on Friday mornings. On one specific Friday, hundreds of people on social media posted photos of them and their families eating donuts on donut Friday in support of Justyna and her family. Even NACADA members from other sides of the globe participated.

"John Maxwell says you influence 10,000 people in your lifetime," Justyna said. "And it was completely shown to me through my cancer journey."

Justyna said she was surprised by some of the people who approached her, because she didn't realize they knew her story. People would express gratitude for her openness because they and their loved ones felt less alone while walking through similar circumstances. The encouragement was humbling and overwhelming.

"It was almost like when they give you a dye and it goes through your body so you can see stuff," Justyna said. "It was like the dye went out, and I could see all the people, who were connected to me."

Justyna always has been empathetic, genuine and stubborn. However, she said her experience with cancer refocused her outlook and amplified these characteristics. It's these characteristics that will continue to be reflected in her leadership roles both at Texas Tech and in NACADA.

"I don't need to have a giant legacy, but I feel that I've been able to find a legacy and I hope that no matter what happens, TrUE can always continue to create change and improve things for students," Justyna said. "You know, things are great now, but we have so much we could be doing. As the world morphs and we get more information, I think these types of activities are exactly what students are craving."

Learning experiences outside the classroom are as important as the ones that happen inside it. The Center for Transformative Undergraduate Experiences (TrUE) supports student success by ensuring everyone has the opportunity to engage in transformational learning experiences, through high impact practices such as undergraduate research, service learning, field-based learning and study away.