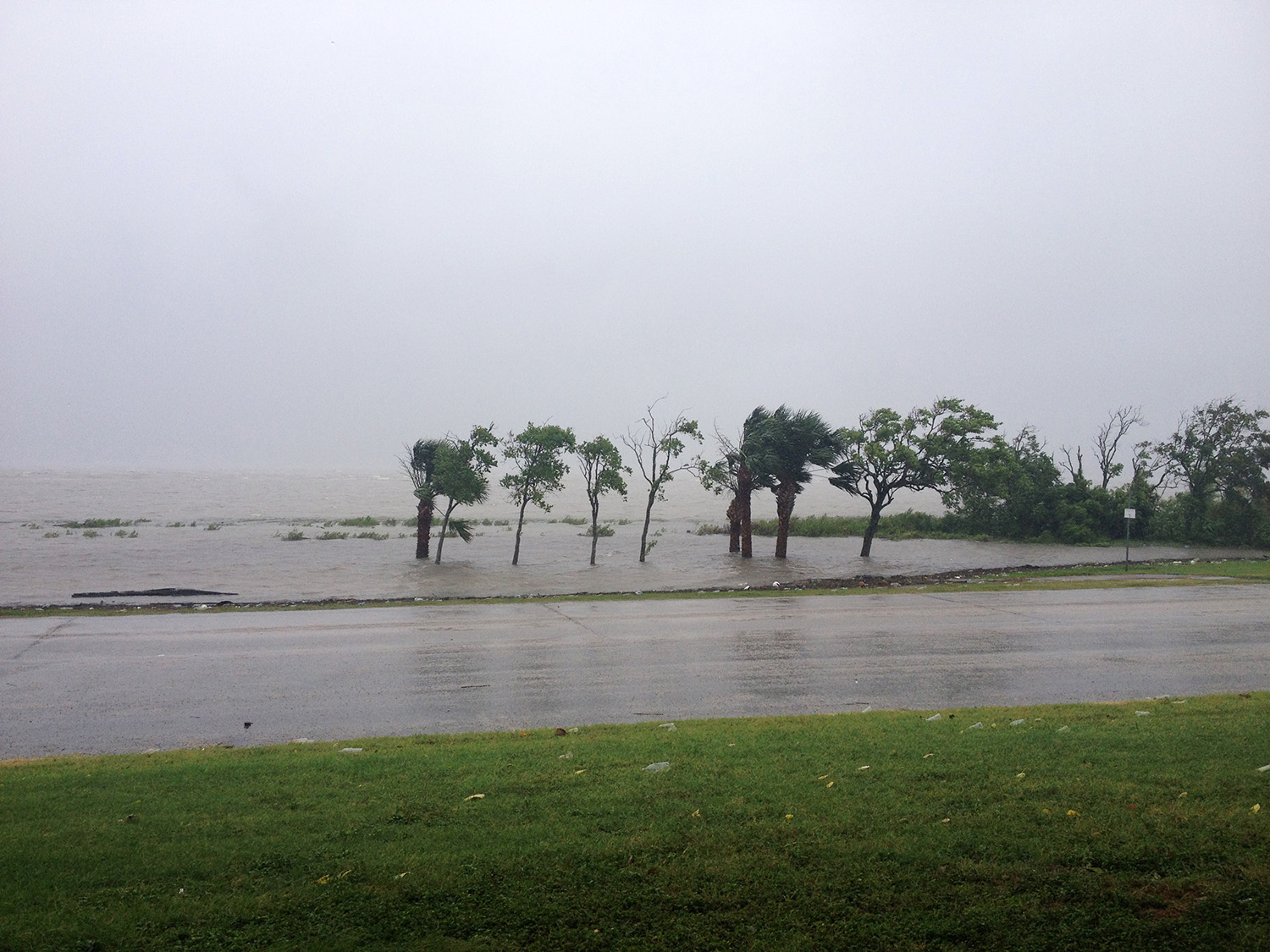 The center is partially funded through a grant from the National Science Foundation.

If there's one thing Texans are familiar with, it's wind. From strong wind gusts aggressively pushing people down sidewalks to tornadoes and hurricanes causing massive destruction, the state is well versed in the effects of wind and wind-related damage.

Texas Tech University became a leader in wind research by establishing the National Wind Institute (NWI) 45 years ago and continues to encourage faculty to pursue wind research. While a plethora of information has been gathered on the effects and potential damage of wind, that research hasn't always been applied, especially to help certain industries like insurance.

"The idea started almost six years ago when a number of faculty got together and decided we need to do a better job of working with the industry," said Daan Liang, a professor in Texas Tech's Department of Civil, Environmental and Construction Engineering in the Edward E. Whitacre Jr. College of Engineering. "Within the university, we have generated a lot of new knowledge and concepts. But then we realized there's always a limitation in terms of seeing those novel ideas being implemented in the real world."

To help merge university research and industry application, professors from Texas Tech and Florida International University (FIU) developed the Center for Wind Hazard and Infrastructure Performance (WHIP). The center is partially funded through a five-year, $1.5 million grant from the National Science Foundation (NSF) equally divided between Texas Tech and FIU.

The NSF grant helps support administrative costs for the WHIP Center. To fund research projects, the universities needed to get at least three companies to commit to a membership.

"The requirements from the NSF are fairly stringent," said Kishor Mehta, Horn Professor in the Department of Civil, Environmental and Construction Engineering and director of the WHIP Center. "They require you have at least two academic institutions, and each institution should have at least three industry members. FIU was able to get three, and we have five industry members."

"The way the center works is that you have an industry advisory board," Mehta said, "and the companies that pay the fees select a representative for that company to be on the advisory board. We had our first advisory board meeting in late March, and they selected what projects they want to fund."

What makes the WHIP Center unique is that it's virtual. There is no designated headquarters.

"The reason the center is virtual is because, after two years, somebody from FIU or any other university that might join can be director. So that's why it doesn't have a physical presence anywhere."

As site director for Texas Tech, Liang will be in charge of putting together reports for Texas Tech and will provide support to faculty.

"I'm responsible for coordinating with all the faculty participating in center research projects," he said. "For the recent industry advisory board meeting, I had to work with individual professors and helped them develop the proposals they wanted to present in front of the board. I'm working with the accounting offices and different units on campus, making sure those projects are being handled from the financial side. Logistically, I make sure the university is providing as much support as possible to individual professors so they can really deliver on what they promised to the industry."

Liang and Zisis report to Mehta, who then is responsible for sharing that information with the NSF. Mehta also organizes biannual meetings between the universities and the industry advisory board, which is a bit different than he's used to.

"One of the things industry people always want is, whatever topic is going to be discussed, they want that material two weeks in advance, not the day before," he said. "That's what makes this particular type of work and organization and administration different than what we're used to. Normally in a research project, we put together a presentation at a conference that can be done the day before, because the attendees are going to be listening to us. They're not going to be making a ruling or judgment. But in this case, industry members want to see it ahead of time so that when they come to the meeting, they're prepared, because they're going to be making some decisions at the meeting."

Furthermore, Mehta is responsible for figuring out how to increase industry and university membership to the center.

Liang and Mehta saw the need for the WHIP Center because there's still so much research that needs to be applied to the industry.

"The goal is to have a center that is doing meaningful work and research for the industry," Mehta said. "The amount of damage occurring around the world because of wind hazards, whether it's a tornado or hurricane or a downburst in thunderstorms, is incredible. It all adds up to about $40 billion worth of damage per year in the U.S. That's a loss to the society. So the goal of the WHIP Center is infrastructure performance. We want to increase the resiliency of infrastructure of the buildings, transmission lines and signal light structures."

While some people may shrug off the cost of damage because it's "covered by insurance," Mehta argues that it's not that simple.

"You know, we say, 'Well, insurance will pay for it,'" he said. "That is true in the short term. But in the long term, where do insurance companies get their money? From you and me. So that's a loss to the country. If we can reduce the damage from $40 billion to $35 billion over five years, that's a huge amount of reduction. So that's the general goal. The global goal is where we want to go."

While university and industry are working together at the WHIP Center, Liang also is proud of the diversity within the university setting.

"One unique attribute about this center is we're purposely making it interdisciplinary, especially when you look at the faculty members participating on the Texas Tech side," Liang said. "We obviously have people from engineering. But we also have very strong participation from the atmospheric science group in the Department of Geosciences. And also, Dr. Brad Ewing from the Jerry S. Rawls College of Business plays an important role.

"We understand when it comes to wind storms and natural disasters, their impact is not only on physical infrastructures, but also on society. How can we better understand the phenomena? So that's why we put together a team who are experts in those different areas, and we feel it's better for us to get together and tackle some of the more challenging issues."

Mehta notes that it's going to take some time before the work being done at the WHIP Center can fully make an impact, but the outcomes will be worth the wait.

"This will be the only center on wind hazard, damage and resiliency of the structures, and trying to reduce damage will take time," he said. "Nothing is going to change in one, two or three years. There's no magic solution. It takes a long time, but by doing the work with the industry, provided we take care of their needs, and they can come up with a better product or a better way of doing it, then we can reduce the damage."

Other Texas Tech faculty members involved with the WHIP Center include: