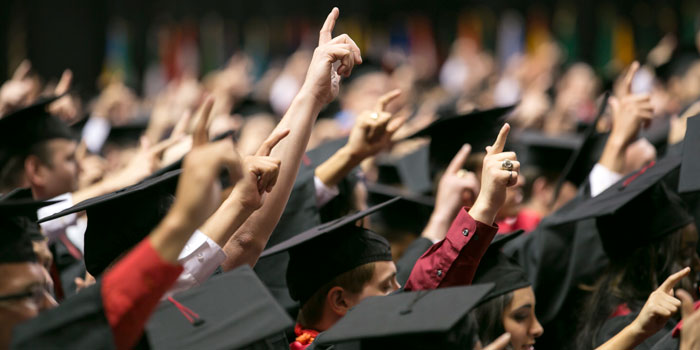 Susan Graham, an alumna of the J.T. & Margaret Talkington College of Visual & Performing Arts, and Barry Lopez, an acclaimed author and essayist, will serve as the speakers for the spring 2019 Texas Tech University commencement ceremonies.

"We are honored to welcome these distinguished speakers to our spring commencement ceremonies," said Lawrence Schovanec, Texas Tech president. "Because of their professional accomplishments, one as a world-class opera performer and the other a national award-winning author, and the admirable personal character each has demonstrated in achieving that success, they are wonderful role models to address our graduates."

Graham, a Grammy Award winner, has been performing in operas around the world for four decades. Hailed as "an artist to treasure" by the New York Times, Graham has performed in operas including Mozart's "Le nozze di Figaro," and Jake Heggie's "Dead Man Walking."

Graham has shared the stage with Renee Fleming, Anna Netrebko and Placido Domingo and has performed at the New York Metropolitan Opera, the Sydney Opera House and the Hollywood Bowl. Musical America has named Graham its "Vocalist of the Year" and Gramophone Magazine dubbed her "America's Favorite Mezzo."

Lopez, a National Book Award winner for his 1986 nonfiction work "Arctic Dreams," is an essayist, author and short-story writer. Lopez also has received the John Burroughs and Christopher medals and has been a finalist for the National Book Award for his work "Of Wolves and Men."

In his nonfiction, Lopez writes about the relationship between the physical landscape and human culture, and his fiction covers issues of intimacy, ethics and identity. He is a visiting distinguished scholar at Texas Tech, who has received the Award in Literature from the American Academy of Arts.

Texas Tech will host its spring 2019 commencement exercises May 17-18 at United Supermarkets Arena, beginning with the College of Arts & Sciences, the J.T. & Margaret Talkington College of Visual & Performing Arts and the College of Education at 2:30 p.m. and the Graduate School at 7:30 p.m. May 17.