From Competitive Swimming to Chemical Engineering Accolades: Tracing the Career of Sindee Simon 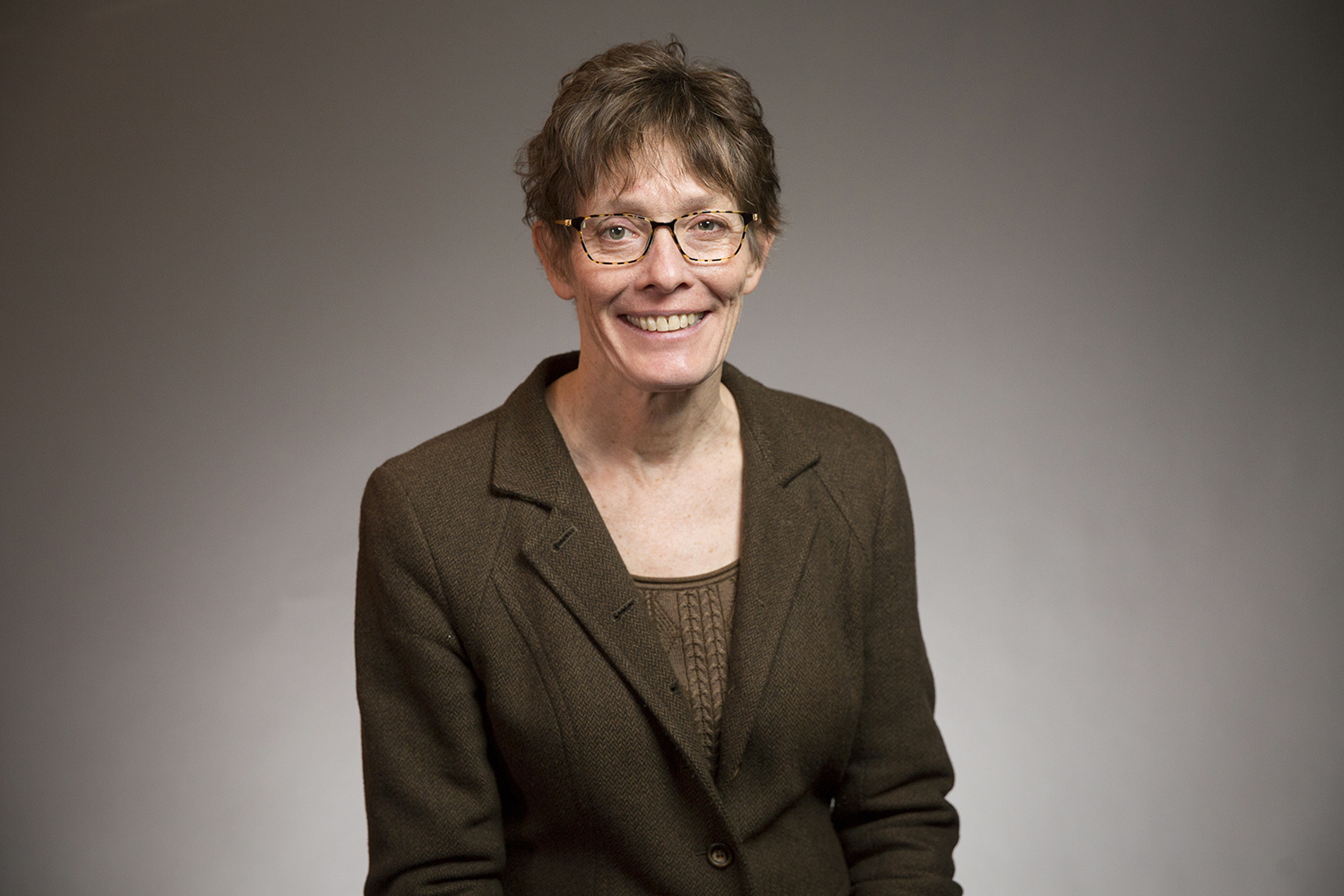 Simon has been with Texas Tech University for 20 years.

Ask most young girls what they want to be when they grow up and you'll hear them list off careers such as doctor, teacher and police officer as well as the occasional mermaid. One career most young girls won't mention is engineering.

According to a study from Minnesota State University, men outnumber women in most science, technology, engineering and mathematics (STEM) careers, with the chemical engineering field being comprised of only 17 percent women.

For Sindee Simon, Horn Professor and the Whitacre Department Chair in the Department of Chemical Engineering at Texas Tech University's Edward E. Whitacre Jr. College of Engineering, it was her 10th grade mathematics teacher, Jim Moreland, who suggested she take an engineering route.

"I loved chemistry and math growing up, and I had a great math teacher when I was in 10th grade who said, 'You should be a chemical engineer,'" Simon said. "I said, 'OK,' and I looked into it. It seemed interesting, I started working in it and I loved it."

From Kansas to the Ivy League

Simon grew up in Wichita, Kansas. Her mother was a home economics teacher who eventually earned her doctoral degree in psychology a few years before Simon earned hers in chemical engineering. Her father was a salesman in the aircraft industry, though Simon joked of his technical background.

"My father went to Purdue. He got some sort of engineering degree, but I don't think he was a real engineer," she teased.

After completing high school, Simon attended Yale University where she would earn her bachelor's degree. During her time there, Simon swam competitively for Yale.

"I was the captain of the swim team for two years," she said. "I started swimming when I was 10 or 11, then I was just good at it and kept going. I was swimming four hours a day at Yale."

She was an All-American swimmer, and her Yale record in the 200-yard backstroke went unbroken for 12 years.

After finishing her bachelor's degree, Simon knew she wanted to get a doctoral degree and become a professor.

"My dad told me I needed to work and get some common sense before I got my doctorate," Simon said.

"Wichita is the home of the aircraft industry," Simon said. "When I worked at Beech Aircraft, I was a materials engineer working in development on an airplane called the Starship. It was the first all-composite airplane ever built. It's lightweight and stronger than aluminum. It was designed to fly almost as fast as jets but to takeoff on shorter runways.

"I was going to the local university library a lot because people hadn't built a composite aircraft before. There were all these things that were happening that we didn't really understand. As a materials engineer, I worked with people in the labs and people in production trying to figure out what kind of bolts to use to bolt things together so they wouldn't corrode and how to provide lightning-strike protection. We also had some problems with residual stresses that we didn't understand."

Simon worked on the Starship aircraft from 1983-1986, and the aircraft was finally approved by the Federal Aviation Administration in 1988.

Composites are now more common in the aerospace industry, as well as in other lower-tech applications, like sports equipment.

"In aerospace, almost all ailerons (small, hinged sections on the outboard portion of a wing), flaps and tails are now composites," Simon said. "In some high-performance Air Force planes, actually, a majority of the structure is composites. Compared to conventional aluminum, composites are more expensive, so that's why, for example, the fuselage is often made by a more economical process called fiber winding. It's like how you would wind a spool of thread except that now the fibers flow through resin and then are wound in different patterns to make the fuselage strong enough. Then, the entire fuselage is put in a huge oven, the resin reacts and the part cures and gets hard.

Before heading to West Texas, Simon and her husband, Greg McKenna, Horn Professor and the John R. Bradford Chair in Engineering for chemical engineering, were living almost 250 miles apart.

"I was working at the University of Pittsburgh and Greg was at the National Institute of Standards and Technology (NIST) in Washington, D.C., and we were hired by Texas Tech at the same time," she said.

Though having her husband in the same city was a pleasant bonus, it wasn't the only reason she decided to come to the university.

"I came to Texas Tech in 1999, and that's when the university was first making its commitment to build the research program," Simon said. "I was really research active when I came, and that's why I was hired. But, I've collaborated with a lot of people, Ed Quitevis in chemistry, Raj Khare in our department, who does simulations and, of course, Greg McKenna. The community of people performing work in soft matter and glasses has been wonderful.

"I think there's a good camaraderie in the chemical engineering department. But there also is a good community of researchers doing glasses and soft matter work throughout the university that is helpful to get grants, because it's often easier to get collaborative grants."

During her 20 years at Texas Tech, the university has made great strides to become known as a high-ranking research institution. Recently, Texas Tech was listed in the Very High Research Activity (R1) category, often referred to as "Carnegie Tier One," by the Carnegie Classification of Institutions of Higher Education.

To Simon, that growth has been beneficial not only to the faculty, but also to the students.

"I always tell the story about one of our students, Rodney Priestley, who graduated in 2003," Simon said. "He was a first-generation college student who came to Texas Tech on a track scholarship. He quickly figured out he couldn't do both track and chemical engineering. So he quit track, but that left him with a lot more time. He started doing research with Dr. McKenna, and he was so creative, and he loved it. He went on and got his doctorate at Northwestern University, and now he's an associate professor at Princeton University. He was named one of the top 100 most influential African-Americans in 2014 by Root.

"I think sometimes even our alumni don't quite understand why research is important, but it offers so many opportunities to students. I think our best researchers also are usually our best teachers. People who are passionate about what they do, they do things well. It's also not a trade-off where you either teach or you do research. You do have to teach less, but if the balance is right, then they're teaching well and they're doing great research. The department has made a lot of strides in the last 20 years."

Simon is currently focusing on three areas of research: the physics of the glass transition, cure and properties of thermosets, and polymerization and polymer properties under nanoconfinement.

"One area of interest for me is the cure of resins that are used in composites," she said. "My team puts the resins into nanopores, cures them at the nanoscale and then sees how their properties change when they're synthesized under nanoconfinement.

"I also have projects with Dr. McKenna on glassy pharmaceuticals and glassy energetics. Then I have another set of projects that deal with physical aging, residual stress development and PVT (pressure, volume, temperature) properties."

Simon was recently recognized by the Society of Plastics Engineers (SPE) for her research as the recipient of the society's 2019 International Award, the highest award bestowed upon an SPE member. She is the first woman to receive the award in its almost 40-year history.

"I feel very honored to be recognized," Simon said. "The people who have won it before me have all been great scientists, and to be the first woman to win the award is very humbling."

Simon has achieved much success and recognition in her engineering career and would like to see more women pursue it themselves. Though she still recognizes the lack of diversity in the industry, she is encouraged by what women offer.

"Engineering is a great career, and it's a great career for women," Simon said. "It's still not diverse enough. I think companies see the value in diversity, because you get a broader range of perspectives, you can tackle problems better, you're nimbler. Women really have a lot to offer.

"It's also important that they have a voice because of the big problems facing society, like global warming, water shortages and the NAE (National Academy of Engineering) grand challenges. We need a lot of different voices, a lot of different perspectives. These issues also have political, societal and environmental implications. You need a broader vision to address them."

One thing Simon also notes is how a lot of young females aren't even aware that engineering is a viable career option. She thinks it's very important to encourage women to give engineering, specifically chemical engineering, a chance.

"I love being an engineer, and I really do encourage young women to think about it. If they love math and chemistry, chemical engineering is a great career."