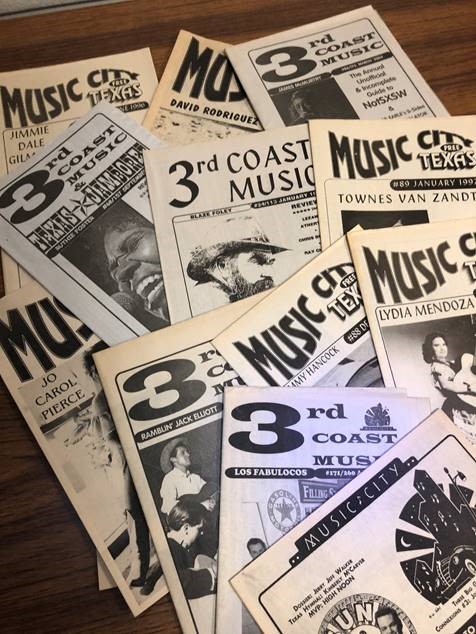 An online version of a noted music reviews periodical is now available through the Texas Tech University Southwest Collection/Special Collections Library (SWC/SCL). Operated from Austin and San Antonio by editor John Conquest from 1989 until his death in 2016, the publication was known first as "Music City Texas," then "3rd Coast Music" beginning in 1997.

Born and raised in England, Conquest followed the publication to Austin as the city was taking its place as "The Live Music Capital of the World." His publication, distributed by subscription and through record stores, became an integral part of the creative community.

Two hundred eighty-four issues are now searchable through the internet, complete with photos and other artwork.

The John Conquest papers and music artifacts came to the Crossroads of Music Archive at Texas Tech University through Conquest's estate. Crossroads is known for its preservation of regional musical heritage in all genres, ranging from a major Arnold Schoenberg premiere with the Albuquerque Symphony to the complete business records of the Kerrville Folk Festival.

This year, Crossroads received a Council on Library and Information Resources "Recordings at Risk" grant to restore original studio recordings of Jerry Jeff Walker and the Lost Gonzo Band, along with material from Lubbock's defunct Broadway Studios.