Meat Judging Team Picks Up First Victory of the Spring 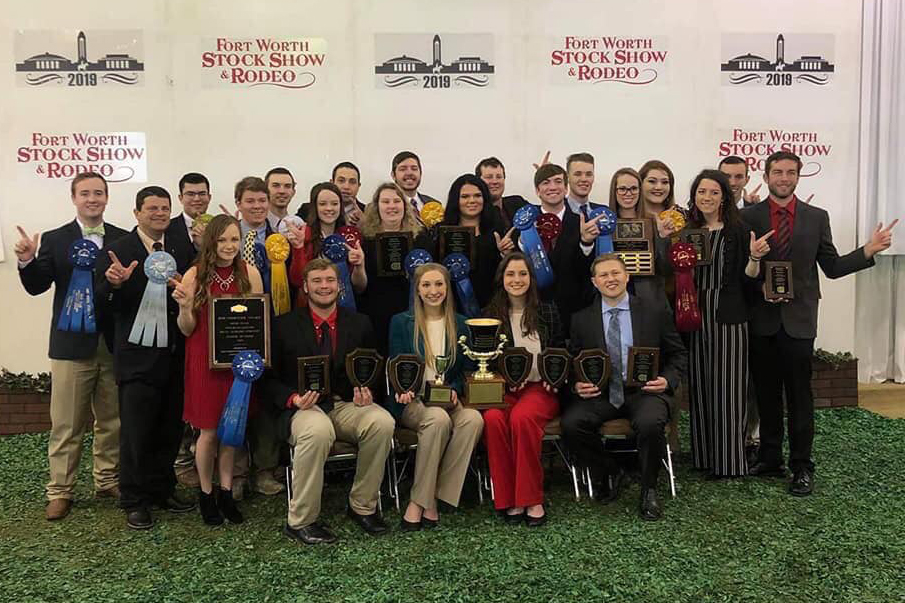 On the strength of four individual top 10 finishes, the Texas Tech University Meat Judging Team in the Department of Animal & Food Sciences earned its first competition victory of the spring at the American Meat Science Association Southwestern Intercollegiate Meat Judging Contest on Sunday (Feb. 3) in Fort Worth.

Texas Tech's victory came thanks to its domination in beef. Texas Tech took first place in beef grading and overall beef and finished third in beef judging. It also finished first in specifications and was third in lamb judging.

"This team has been working very hard, and I am proud they had nine of the top 10 overall scores in the contest," said Mark Miller, coach of the Meat Judging Team and the San Antonio Stock Show and Rodeo Distinguished Chair in Meat Sciences. "That is truly impressive."

Pacing the Texas Tech team was Taylor Schertz. The native of Krum captured the top overall title after finishing in the top three in five of the eight categories to amass 1,059 points, including a win in pork judging and second-place finishes in both specification and total placing.

Jacie Henefey from D'Hanis, was close on Schertz's heels with 1,042 points to finish third overall. Henefey earned the win in specifications and also picked up a pair of second-place finishes in both beef grading and overall beef.

Grant Kitten from Slaton finished in eighth place while Conner McKinzie from Stephenville rounded out the list of Texas Tech's top 10 finishers with his 10th place finish.

Texas Tech also had the top seven finishers in the alternate division as well, led by Anna Carlock from Joshua, who scored 1067 points, just ahead of teammate Sherri Halsted from Aztec, New Mexico, who had 1066.

Coaches for this year's team are graduate students Tommy Fletcher and Cole Perkins.